The vintage car-obsessed guys over the AutotopiaLA YouTube channel recently paid a visit to the Detroit Speed shop in Mooresville, North Carolina, where they had the opportunity to check out the well-known aftermarket company’s personal C3 Corvette test car.

That unique, motorsports-inspired C3 Corvette wasn’t the only car that AutotopiaLA decided to turn their attention toward during their brief visit to Detroit Speed, though. They also spotted a mean-looking 1969 Chevrolet Camaro while they were there, which belongs to a Detroit Speed customer and was actually one of the first complete builds that it finished. They then learned the car had a 700-horsepower, naturally aspirated 7.0L LS7 V8 hiding under the hood – so they called on company founder Kyle Tucker to tell us more about it. 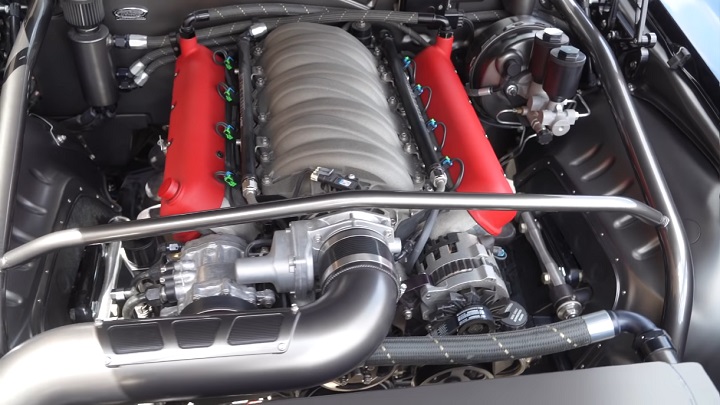 The fire-breathing 700-horsepower V8 in question was built by Mast Motorsports and features the company’s Black Label heads and Detroit Speed headers, which feed into a full Borla exhaust kit. Power is sent to the rear wheels through a slightly modified six-speed manual transmission pulled from a Dodge Viper, which is nestled by a Detroit Speed Hydroform subframe. Detroit Speed Quadralink rear suspension sits out back as well, while six-piston Baer brakes with 14-inch rotors help bring things to a stop.

We don’t want to spoil all the best parts of this 1969 Chevrolet Camaro before AutotopiaLA gets to it, so check out the video embedded below for more information on this achingly cool restomod.