When Chrysler pulled the veil off the first-generation Dodge Viper in 1991, the sports car wowed crowds with its massive 400 horsepower 8.0L V10 engine, six-speed manual transmission and lack of driver aids like traction control and ABS. The Corvette engineering team decided they wouldn’t sit by and let their rivals in Auburn Hills be the only ones with a high displacement, hardcore driver’s car, so they set to work on an experimental version of the C4 Corvette known as the ZR-12.

Chevrolet allegedly allocated some funds together for the ZR-12’s development by framing the project as a chassis development program designed to test the strength and integrity of the sports car’s underpinnings. The centerpiece of the project was the 9.9L V12 engine, which was put together by former IndyCar engine builder Ryan Falconer. This racing engine, which was mainly designed for marine applications, produced a very stout (especially for 1992) 683 horsepower and 680 pound-feet of torque. The Falconer V12 is based on the GM Small Block design, but simply adds two more pistons on either side of the cylinder banks, similar to the modern-day V12 LS project we covered not too long ago. 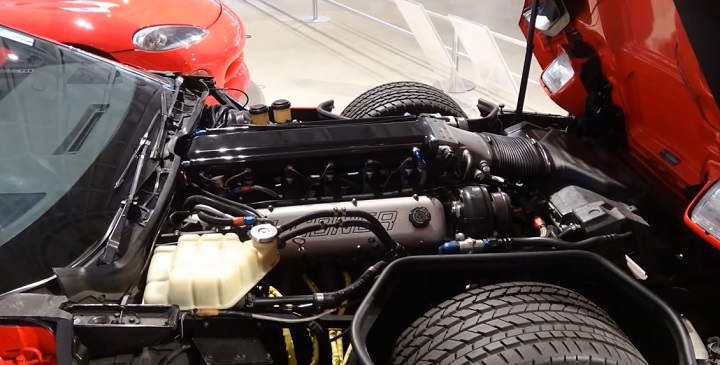 GM contracted SportsFab in Wixom, Michigan to stretch the entire front end of the vehicle by eight inches in order to fit this absolutely massive engine within the confines of the coupe’s hood. Despite the bigger motor and elongated front end, the V12 Corvette only gained around 100 lbs on a standard Corvette ZR-1. This is in part thanks to the aluminum block V12, which only weighs about as much as an iron block V8. Paired with the engine was the same six-speed manual transmission that came in the standard C4 Corvette, which surprisingly did not need any major upgrades to handle the Falconer V12’s 680 pound-feet of twist. 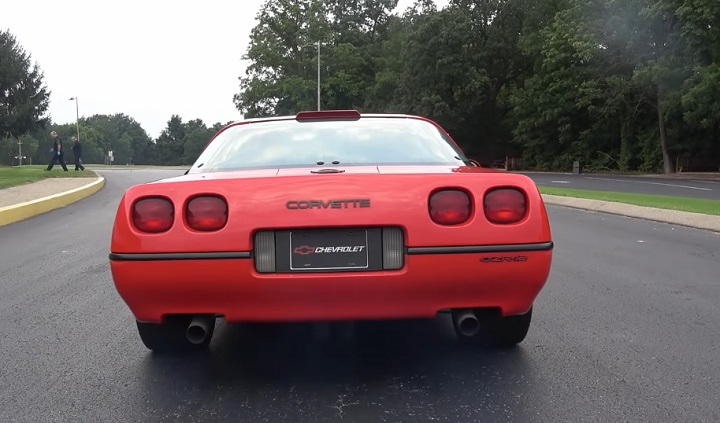 While this oddball V12 Corvette proved to be fun to drive and did generate some positive press for the nameplate, it experienced some cooling issues and the project was eventually abandoned by GM’s engineering team. GM kept it in storage for some years before moving it to the GM Heritage Center and then loaning it to the National Corvette Museum.

A YouTuber recently caught up with the V12 Corvette at the NCM and the operator there even agreed to let him hear the unique V12 engine’s exhaust note, so be sure to check it out in the video embedded below.