The Cadillac Escalade is known for many things. Style? Yep. Comfort? Definitely. Luxury? Duh. However, one thing the flagship SUV isn’t known for is ripping off some single-digit quarter miles with four-digit power under the hood. That’s where the LSXCALADE comes in, as featured in the following video from YouTuber ThatDudeinBlue. 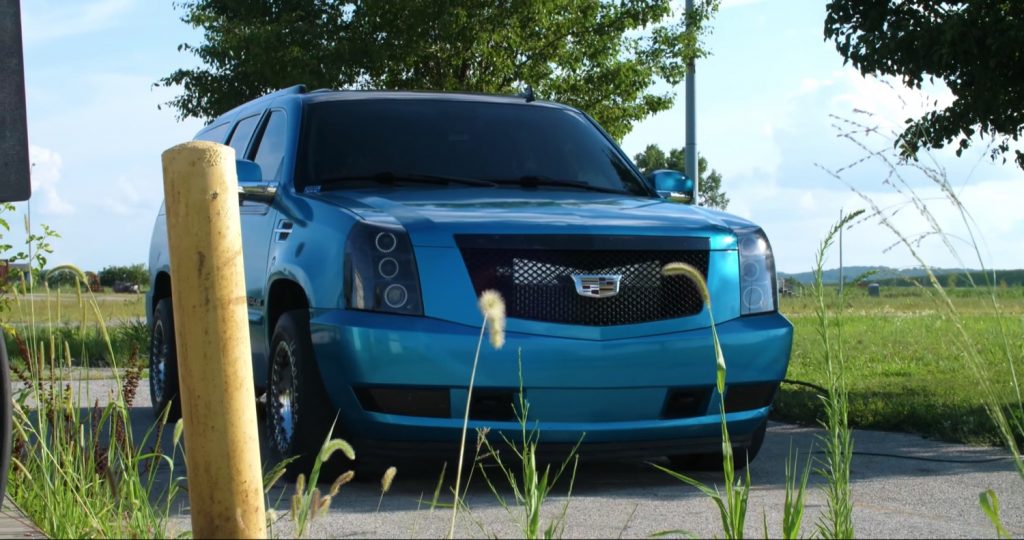 This particular 2013 Escalade is owned by Mitchell, whose father bought it used to serve as his work vehicle. The SUV was eventually handed down to Mitchell, who, like most enthusiasts, started to mess with it bit by bit. Although Mitchell also owned a Monte Carlo that he liked to drag race, the Monte was always broken, so the Escalade was next in line for modifications.

Mitchell started with a tune, which yielded a surprising high-five-second 0-to-60 mph time. Then, with simple bolt-ons, Mitchell got his Cadillac Escalade running a 13.68 at the drag strip. 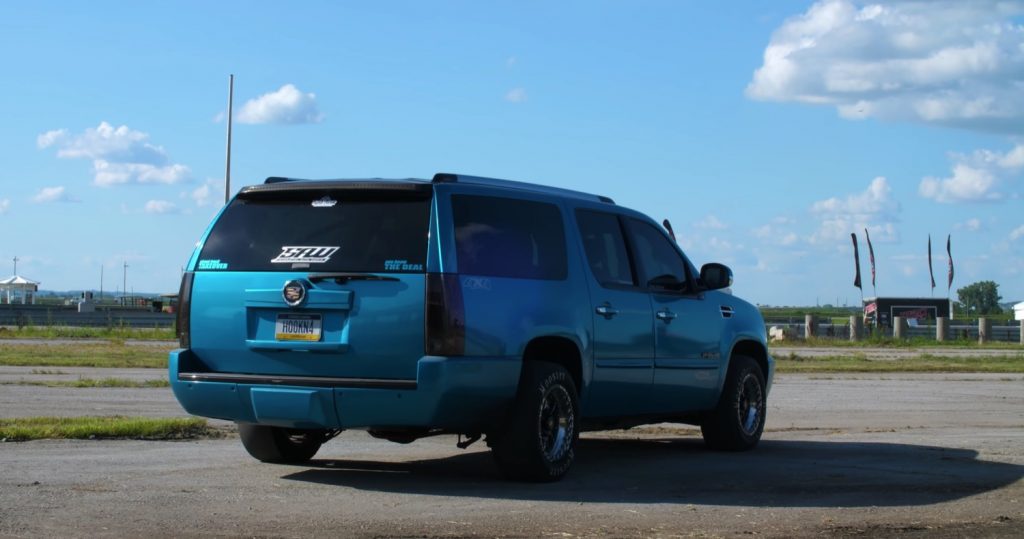 Naturally, Mitchell wanted to go faster, so he saved up for a new cam. However, after finding a great deal on a supercharger, he decided to do a cam and a blower all at once. The end result was an impressive 11.90 – not too shabby for a full-weight Cadillac Escalade. 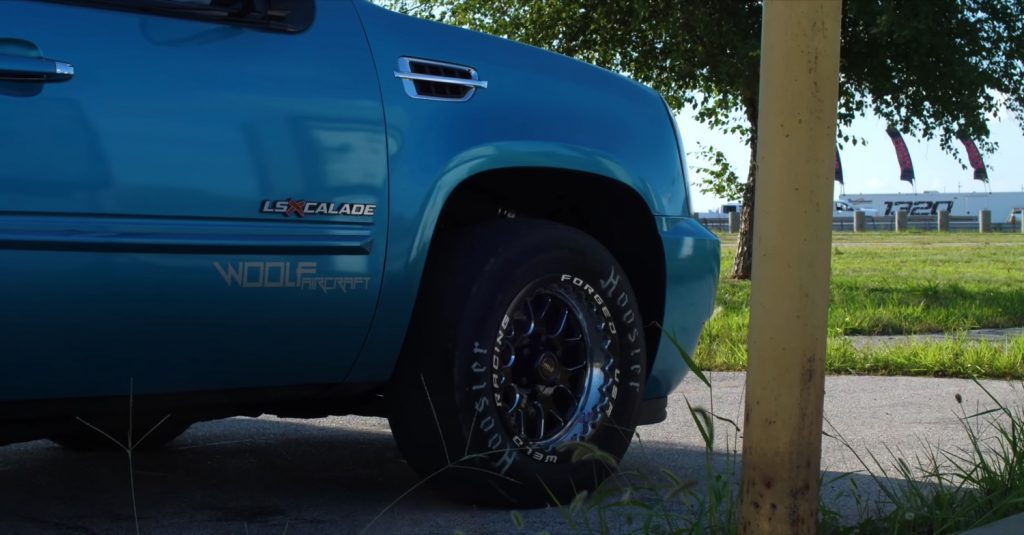 From there, Mitchell found himself taking the plunge for a full drag setup. After making some connections in the tuning community, Mitchell installed a built 427 cubic-inch V8 LSX engine, with a pair of enormous Precision turbochargers providing the boost. 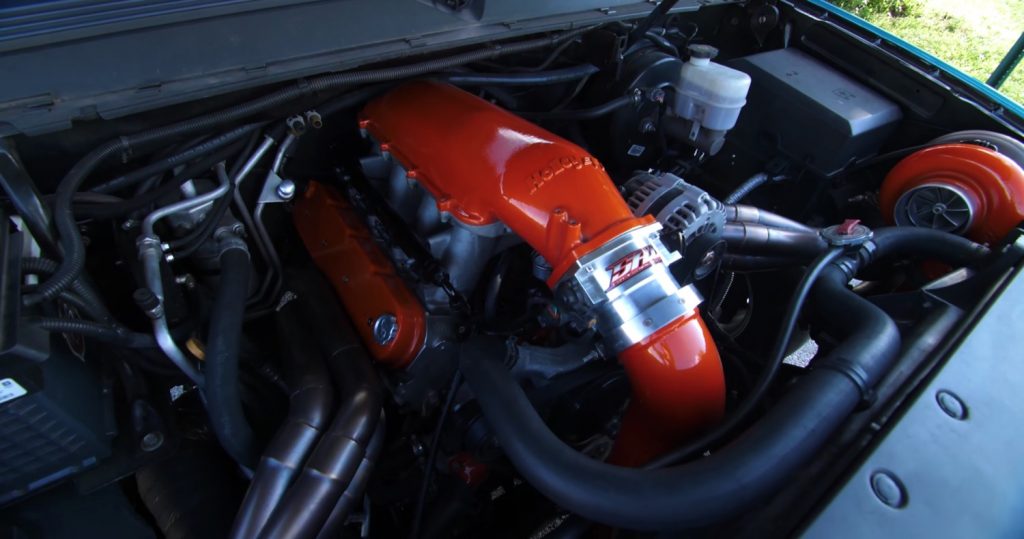 The LSX is mated to a 4L80 transmission stuffed with straight-cut Pro Mod gears and a bunch of other stuff to handle all the go, with extra stick made by a quartet of Hoosier drag slicks in the corners. 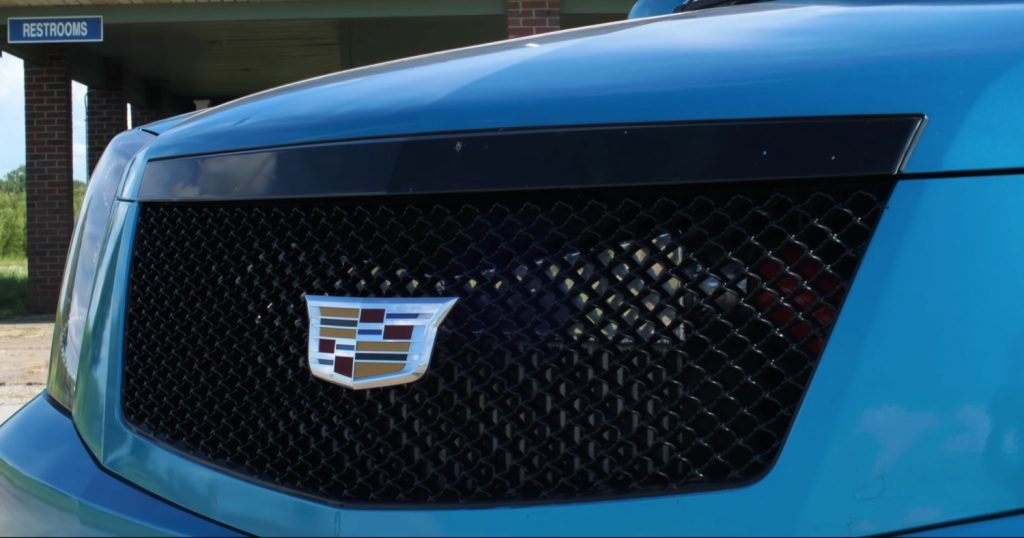 Beyond the Hoosiers and outrageous exhaust note, this Cadillac Escalade makes its presence known with a blue exterior, blacked-out trim, and tinted windows. Take a peek behind the black grille, and you’ll spot some massive intercoolers as well.

This thing absolutely rips, as evidenced in this video. Hit play to take a drive in this wild Cadillac Escalade dragster. 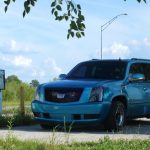 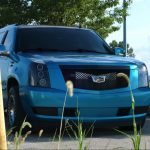 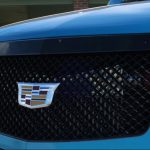 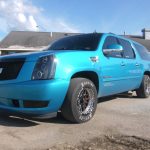 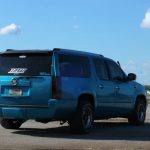 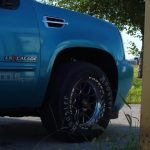 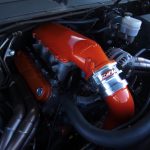 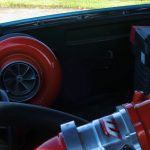