Classic SUVs and trucks are as popular as ever these days, offering simple, boxy styling, and oodles of internal combustion-driven fun behind the wheel. This 1973 GMC Jimmy is a great example of exactly that, recently selling on Bring A Trailer for $54,000. 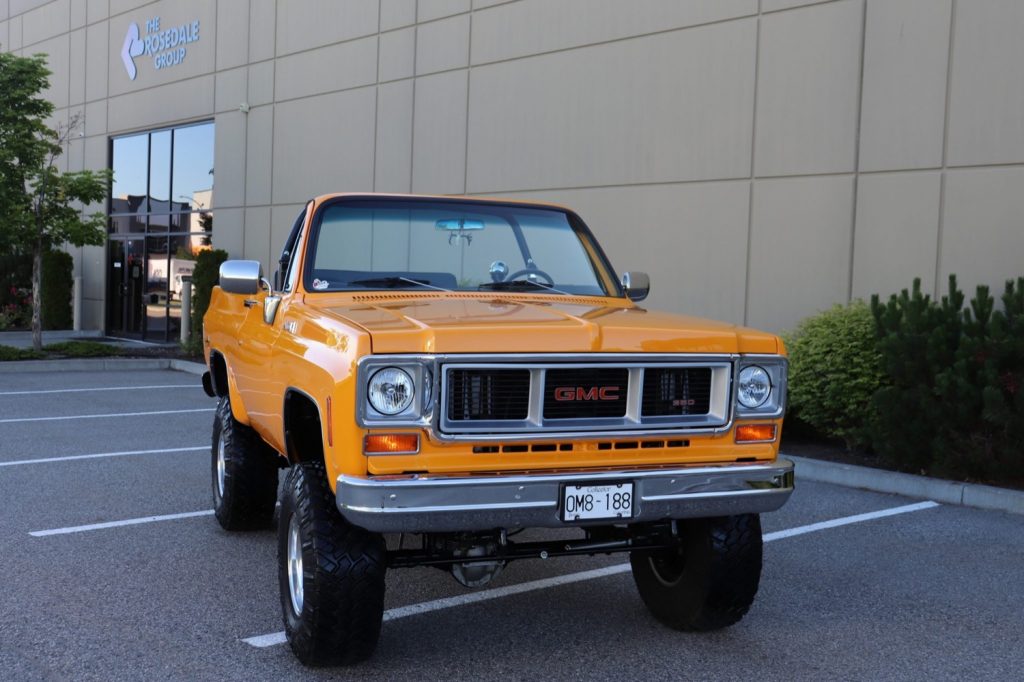 Acquired in 2013, this GMC Jimmy was the recipient of a frame-off transplant that combined a donor body from a 1973 RWD model with a 4WD frame. The body was refinished in orange, and looks clean and straight, with polished trim and chrome front to back. This Jimmy rides on polished 16-inch by 10-inch Eagle 186 alloy wheels, which were fitted with 315/75 Nitto Trail Grappler tires. 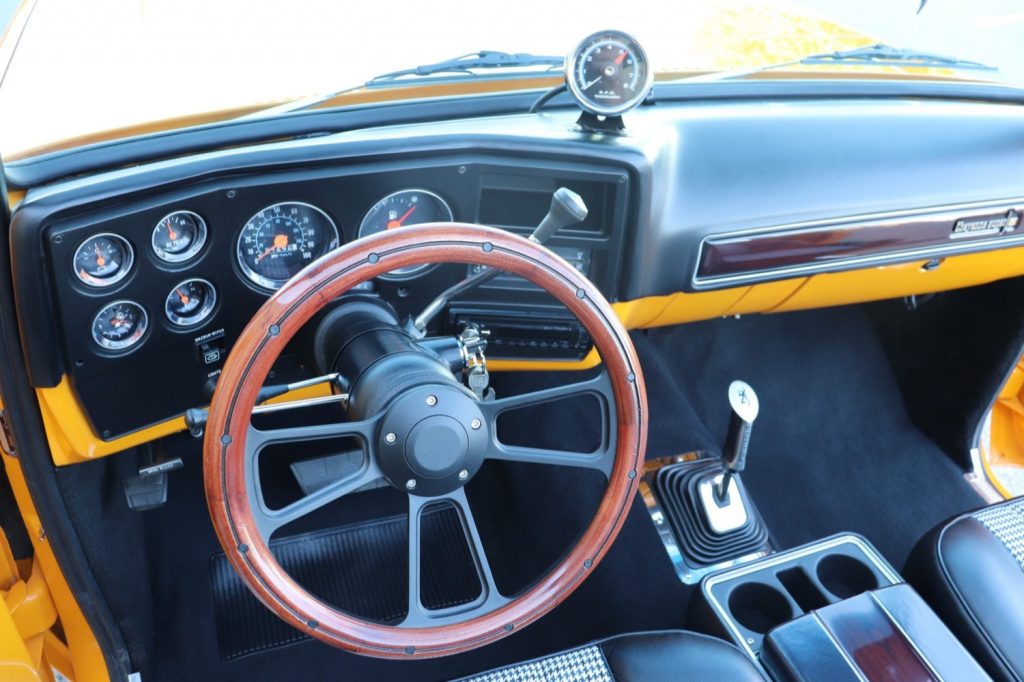 The cabin space is decked out in black upholstery for the front bucket seats, armrest console (complete with cupholders), and rear bench seat. There’s also houndstooth inner inserts for the sitters front and back. Additional wood trim was added to the dash, steering wheel, and armrest, with the underside of the armrest rocking an airbrushed skull. 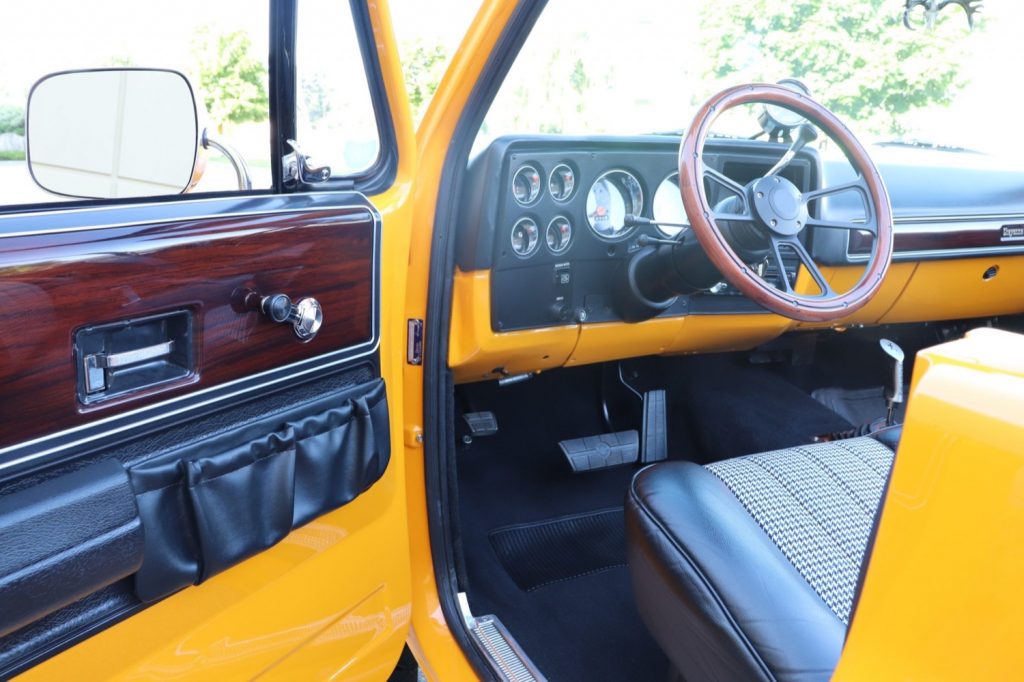 Further touches include a custom Bluetooth audio system complete with two subwoofers and four speakers, as well as yellow LED ambient lighting. Instrumentation includes a 100-mph speedometer and dash-mounted tachometer, while a roll hoop and rear toolbox round it out. 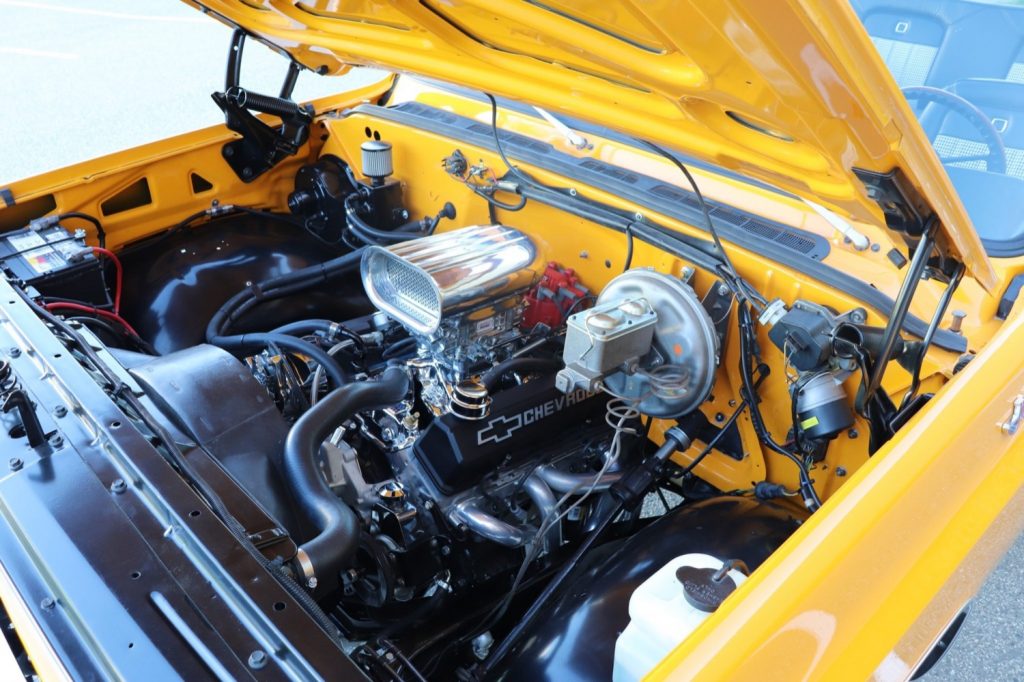 Under the hood, this 1973 GMC Jimmy rocks a 327 cubic-inch V8 engine built by K&S Machine in Kelowna, British Columbia. The ‘eight features aluminum heads, a steel crankshaft, forged pistons and four-bolt main caps, and mates to a rebuilt TH350 three-speed automatic transmission. Fox Racing Shox and locking hubs for the front axle are also included in the build. 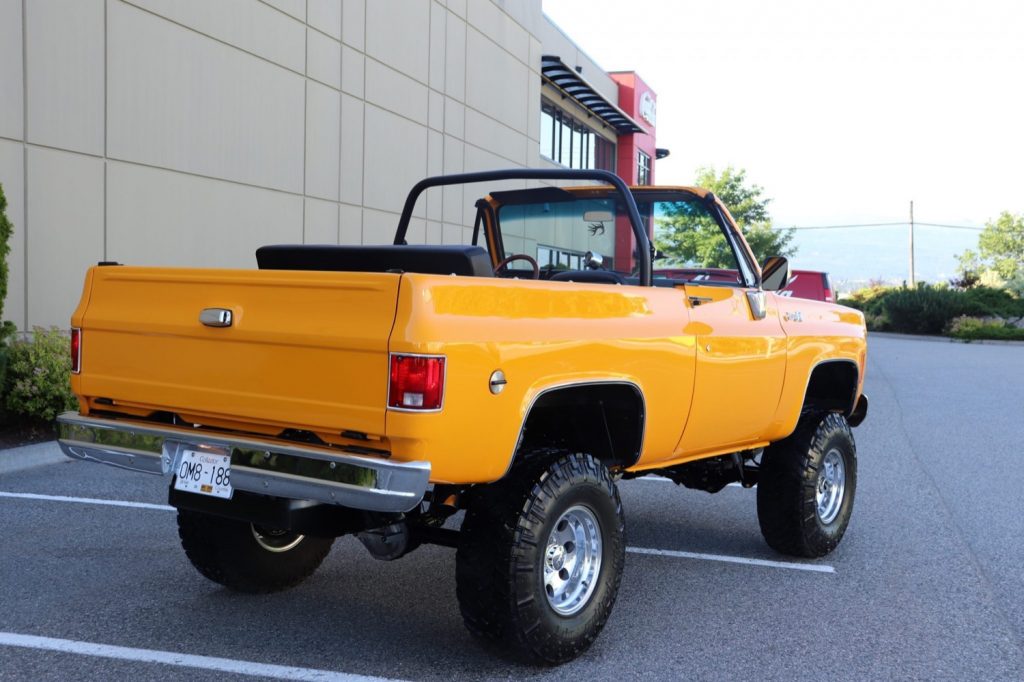 This 1973 GMC Jimmy was recently listed on Bring A Trailer, where it sold for $54,000 after 27 bids. The truck has just 1,700 miles since the rebuild, with unknown mileage for the chassis.

Does this GMC Jimmy catch your eye? Let us know your thoughts in the comments, and subscribe to GM Authority for more GMC Jimmy news, GMC news, and around-the-clock GM news coverage. 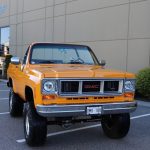 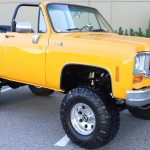 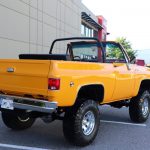 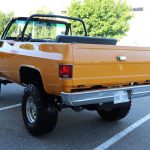 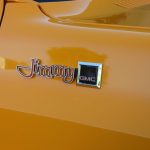 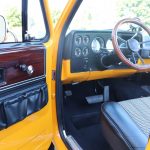 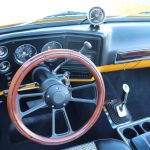 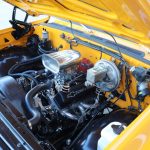