Takuma Sato took his second Indy 500 victory under very strange circumstances. The Japanese driver crossed the finish line at a snail’s pace after winning the 500-mile race under caution and did so in front of empty grandstands as the COVID-19 pandemic prevented fans from entering the storied speedway. 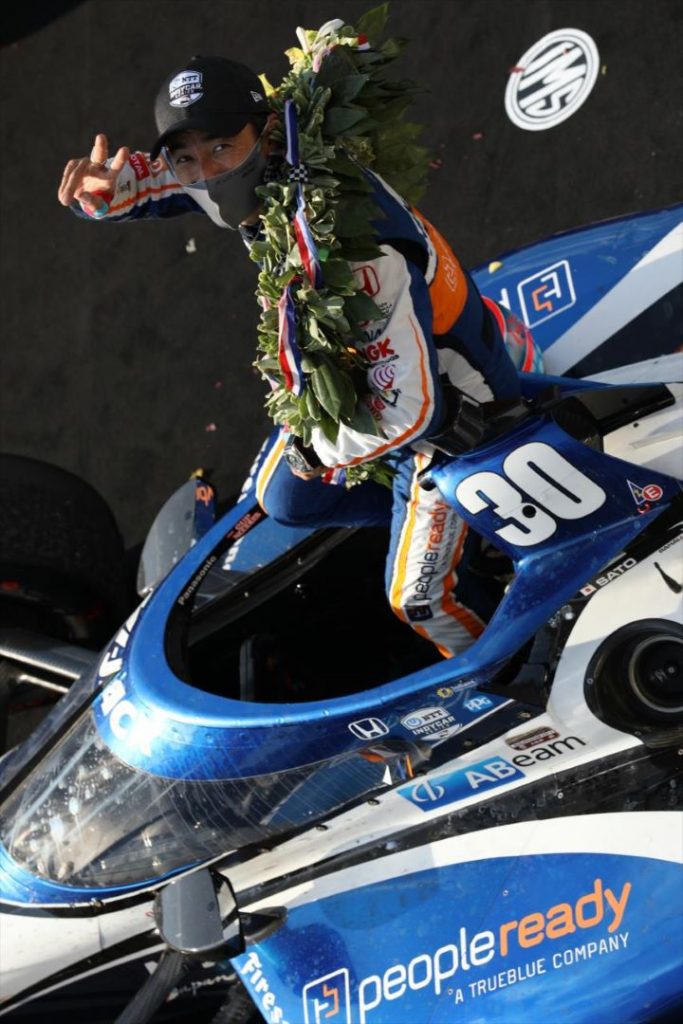 Marco Andretti led the 33-car Indy 500 field from pole position Sunday, though the third-generation driver didn’t stay out front for very long. Chip Ganassi Racing’s Scott Dixon got the draft off of Andretti as the field headed into Turn 1 and passed the No, 98 Andretti Autosport Honda around the outside. Dixon then capitalized on the clean air, pulling out a sizable gap as Sato, Andretti, Ryan Hunter-Reay, James Hinchcliffe and rookie Rinus Veekay all battled for position behind him. Veekay, for his part, was the only Chevrolet car to qualify in the top ten, with the next closest Chevy being the No. 1 Team Penske entry of Josef Newgarden, which started back in 13th. 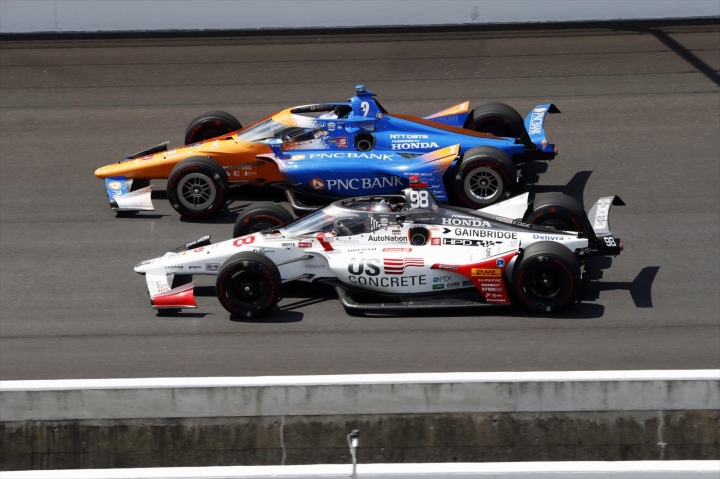 The first caution of the day came out on Lap 6 for the stricken No. 51 entry of James Davison, which caught fire after suffering a catastrophic brake failure. The second came shortly after on Lap 25 after the No. 8 Honda of Marcus Ericsson, which suffered heavy damage after the Swede pancaked the wall at the exit of Turn 2. As the old adage goes, cautions breed cautions. Yet another yellow came out when Conor Daly lost control of his orange Air Force-sponsored Ed Carpenter Racing Chevy on the restart, The ensuing tire smoke from his spin blinded those behind him, forcing rookie Oliver Askew to take evasive action and hit the inside wall on the exit of Turn 4 extremely hard. 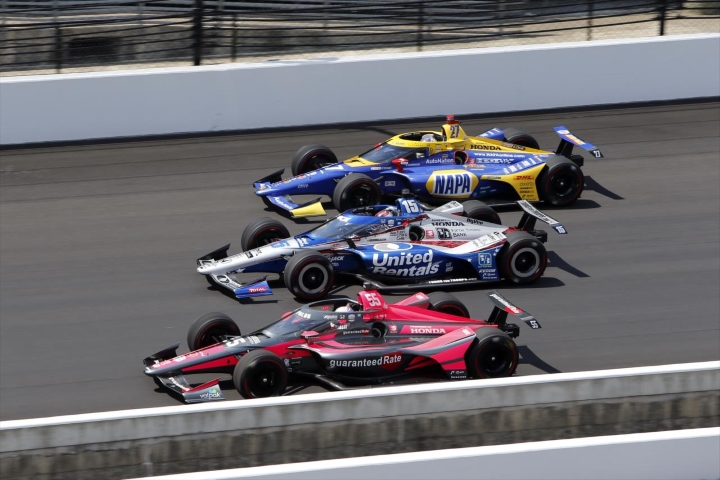 When the green came back out, Dixon continued to lead the field before letting Andretti Autosport’s Alexander Rossi past in a bid to save fuel. Rossi’s race fell apart shortly after, though, when his team released him into the path of Sato in the pits and incurred a penalty that sent the No. 27 to the back of the grid. Rossi wrecked out from the race not long after, losing control of his NAPA-sponsored Honda and hitting the outside wall at Turn 2 in a very similar fashion to Ericsson.

Dixon and Sato diced for second and first for the remaining laps and looked set for an exciting shootout to the finish before Spencer Pigot wrecked in Turn 4 with just five laps remaining. After hitting the outside retainer wall, Pigot’s car slid down the home straight at high speed before impacting the pit lane attenuator, sending his car spinning back out into the track. The attenuator repairs would have taken a very long time, so IndyCar was forced to finish the remaining laps under yellow – rendering Sato the winner.

Check out the highlights from the 2020 Indy 500 below and click here for full results.