Some cars just make ‘ya feel like a kid again, and for countless enthusiasts, that special vehicle is the Chevy Corvette. From toys, to posters, to apparel, to models, the average Vette-o-phile probably has a vast collection of bits and bobs dedicated to their favorite sports car, but odds are they don‘t have anything like this genuine 1960 Corvette Kiddie Ride. 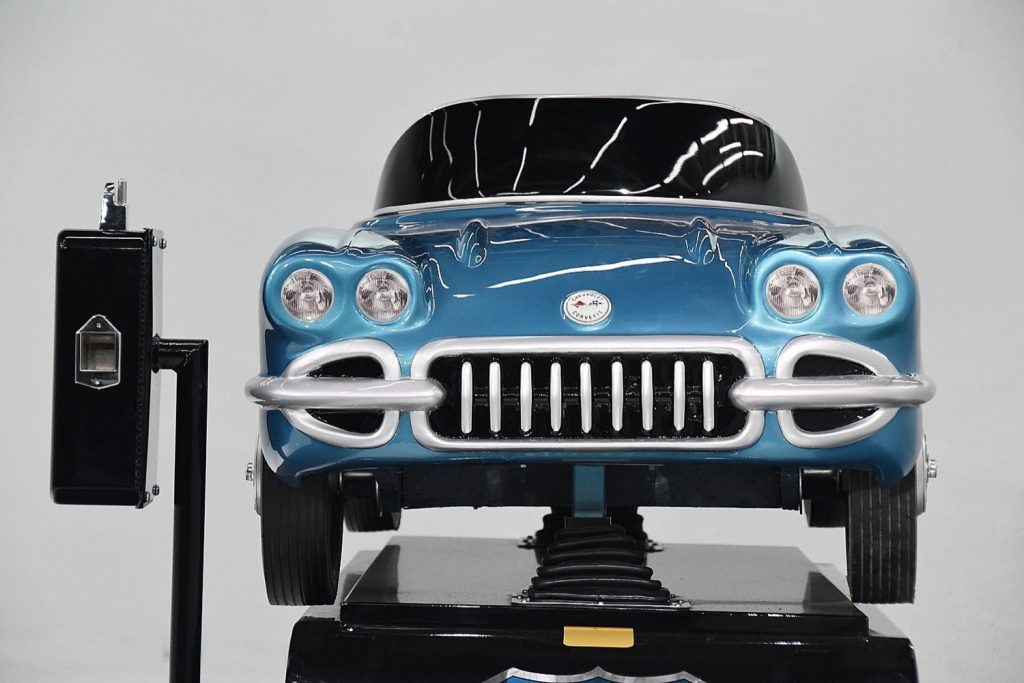 This highly collectible Chevy Corvette ride is one of just six ever made, and although it looks brand new, it‘s actually nearly 40 years old.

“Do not compare this to a modern kiddie ride with a Corvette body or a Frankenstein creation built by a hobbyist from a carnival ride or mismatched parts salvaged from scrap rides,” the seller states. “This is a true manufactured, born as you see it ride.” 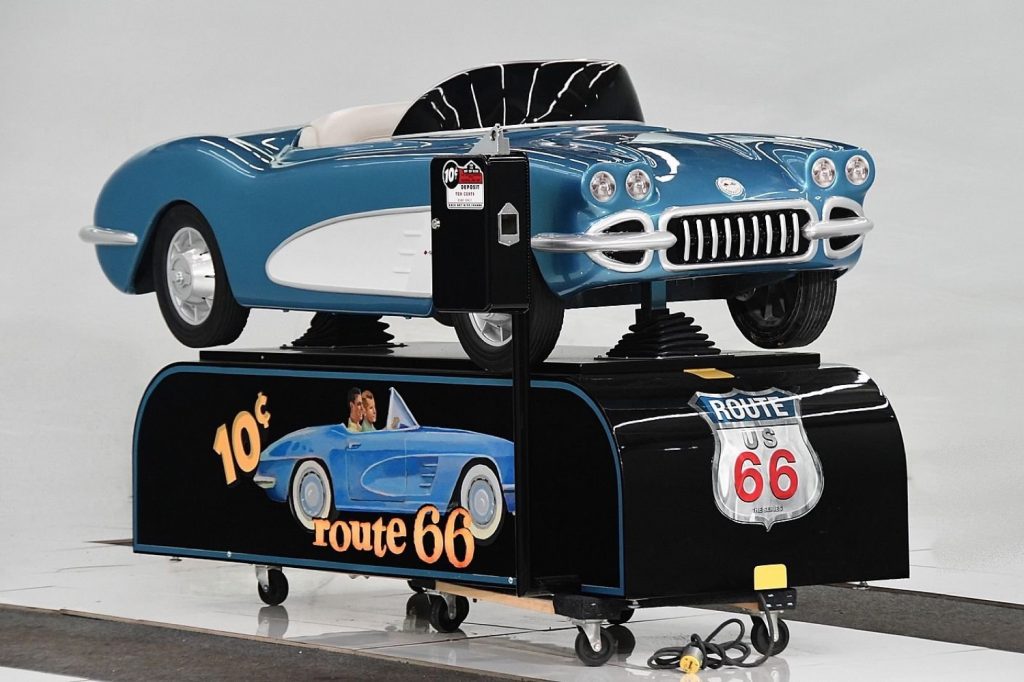 The ride was originally produced in the late ‘60s by Creative Glass in Oneida, Tennessee, as a nod to the popular television series, Route 66. Although slated for mass production, a fire at the Creative Glass Co. destroyed the ride molds, and only six total were manufactured. All six examples were sold to Kiddie Ride Co. in London, Kentucky, and were put into service until 2003, after which they were sold to Topps Restoration in Oklahoma City, Oklahoma. 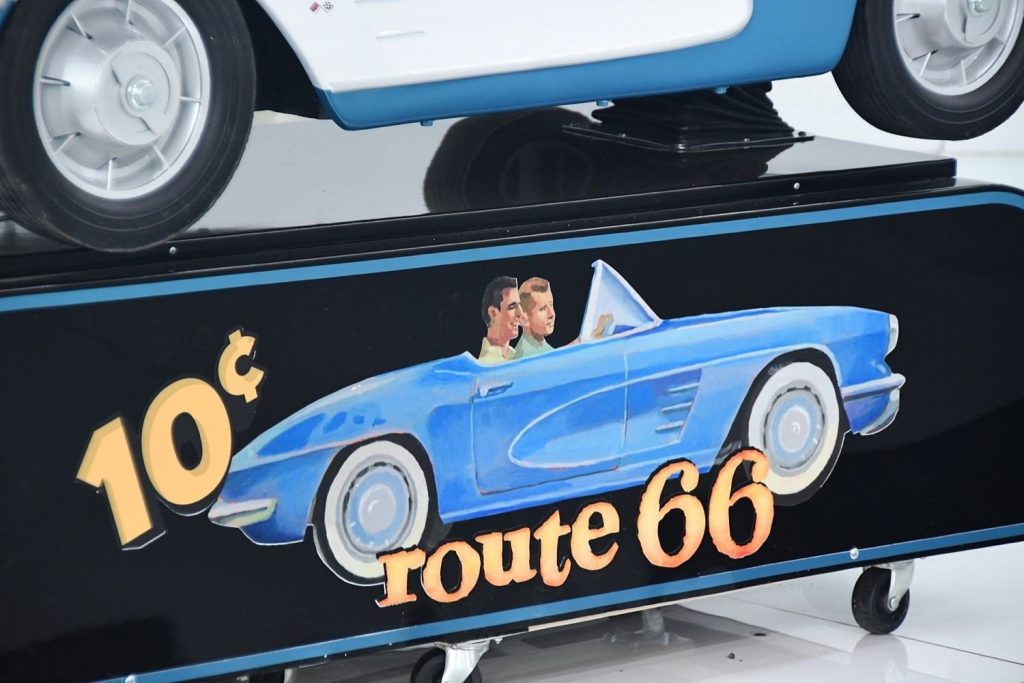 After nearly four decades in service, the Chevy Corvette kiddie rides were rather worn, but Topps Restoration went to work to bring them back to life.

The exterior paint was redone and polished to a mirror finish, while the interior was upholstered in the original white. The original graphics, hand-painted details, and 10-cent coin box were also restored and now look new. 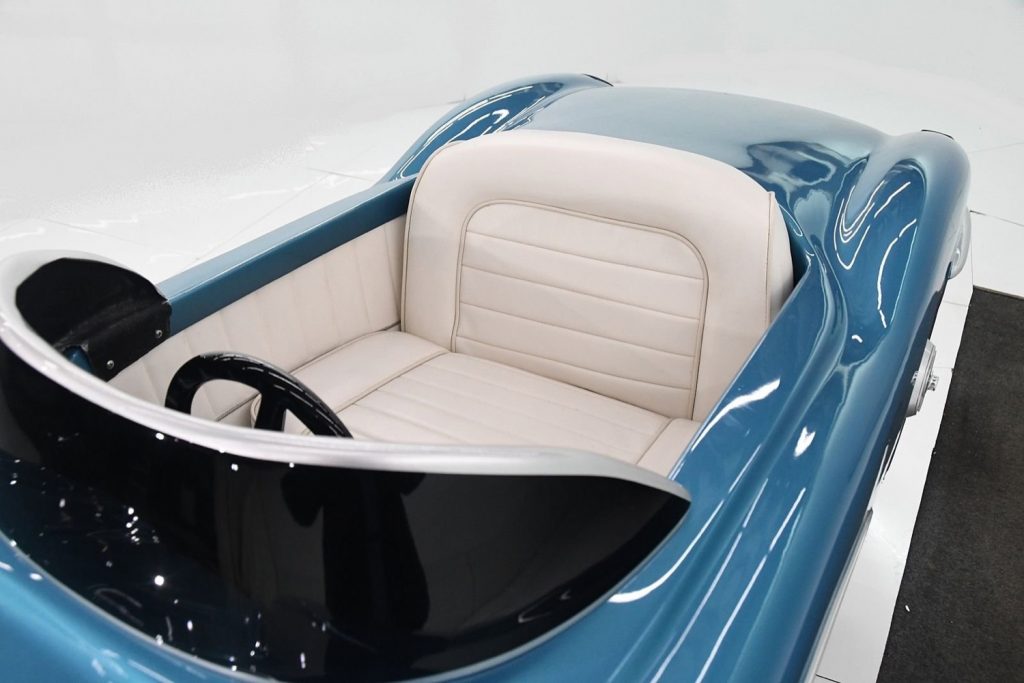 This is a rare find indeed, and a perfect complement to any Chevy Corvette lover’s collection. Now, this slice of nostalgia is up for sale from Volo Auto Sales in Illinois, listed at $19,995.

Where would you show off this genuine 1960 Chevy Corvette Kiddie Ride? Let us know in the comments, and make sure to subscribe to GM Authority for more Chevrolet Corvette news, Chevrolet news, and around-the-clock GM news coverage. 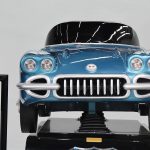 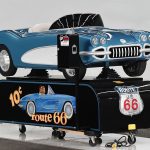 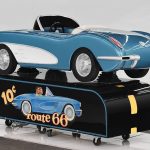 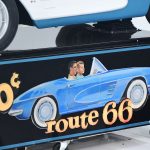 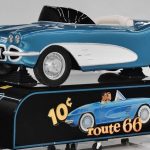 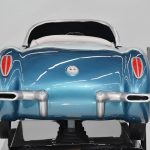 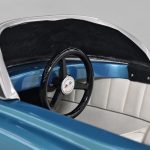 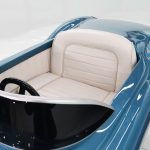