There are plenty of well-kept examples of the 1969 Chevy Camaro out there, but few are as exclusive and noteworthy as this L78 1969 Chevy Camaro SS Convertible. That’s because this is the original vehicle that led the pack at the 1969 U.S. Grand Prix, and now it’s up for sale in pristine, highly original restored form. 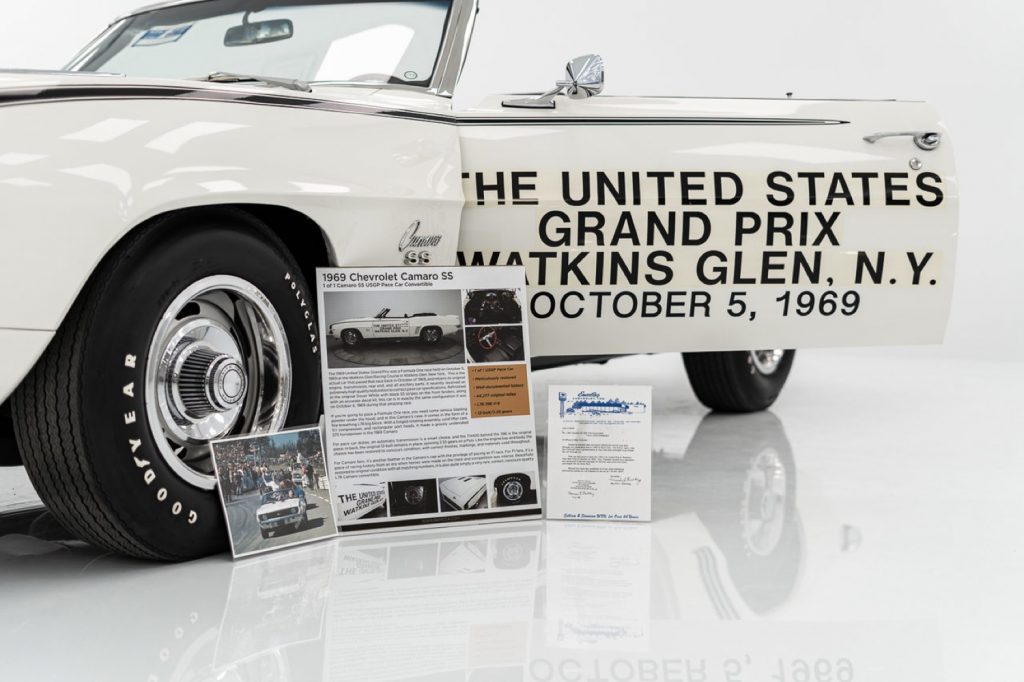 As declared on the door, the 1969 U.S. Grand Prix was held October 5th, 1969, at Watkins Glen International Raceway in New York. By the time the checkered flag came out, just a third of the vehicles that started the race were still in the running. 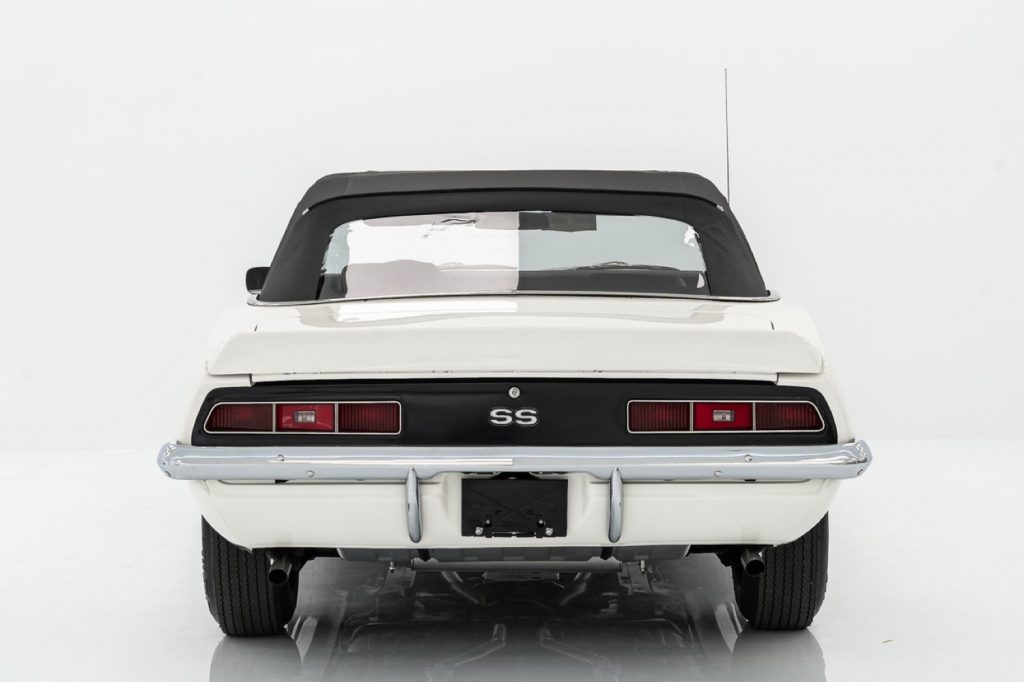 Outside, we see a gorgeous exterior finish punctuated by the optional SS spoiler and a blacked-out tail section. The original chrome trim bits were restored and polished to a gleaming finish, while the black convertible top looks like it just came out of the factory. Critically, Chevrolet did not offer replicas of the 1969 Chevy Camaro U.S. GP pace car, unlike the Indy 500 pace car. 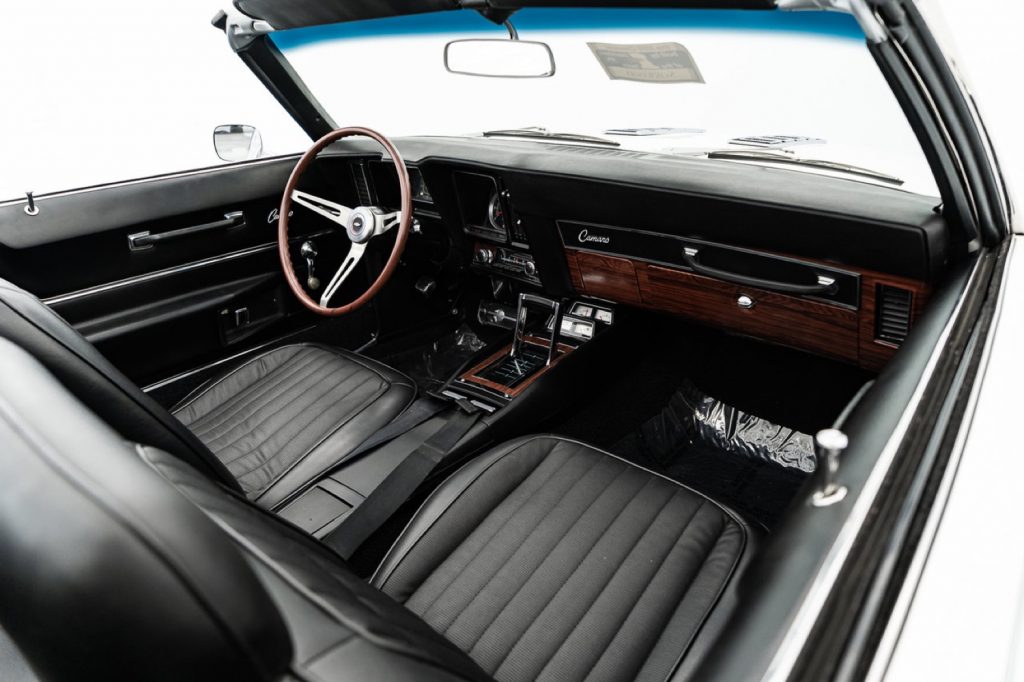 Inside is a perfect black interior, with woodgrain for the dash and console, as well as a rare RPO N34 rosewood steering wheel. Auxiliary gauges and the correct mat, spare, and jack in the trunk make this Chevy Camaro look like it jumped straight outta ’69. 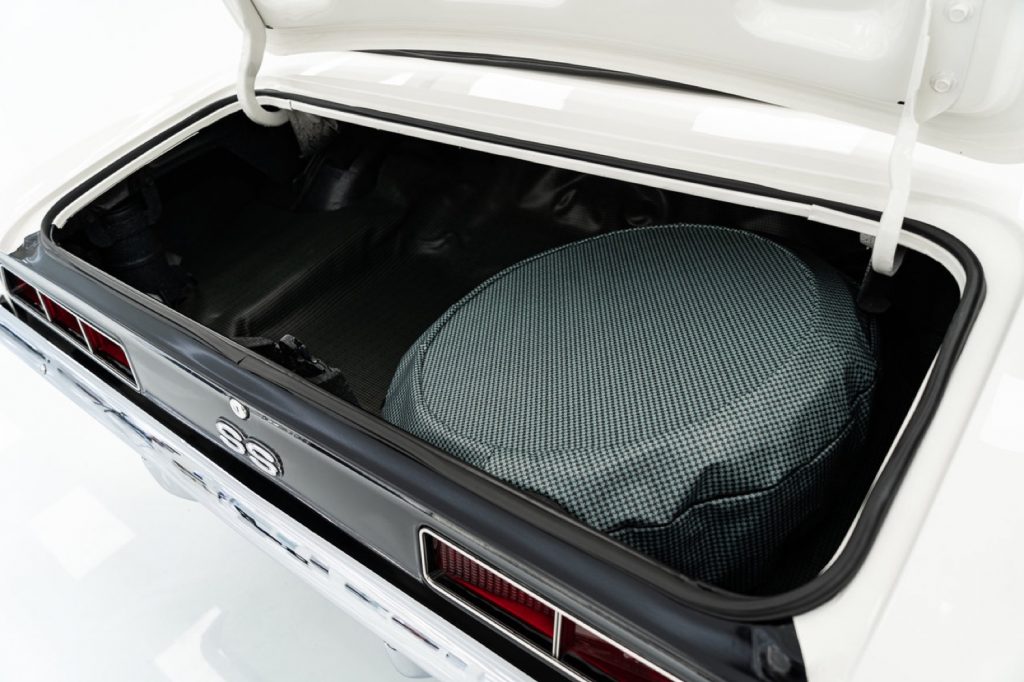 Naturally, a car with this sort of provenance was the recipient of a meticulous restoration, and retains as many original parts as possible, including a numbers-matching engine, transmission, and rear end. Providing the go is a 396 V8 engine, which was underrated at 375 horsepower. The ‘eight connects to the Turbo 400 transmission and the original 12-bolt rear end with 3.55 gears and Posi. 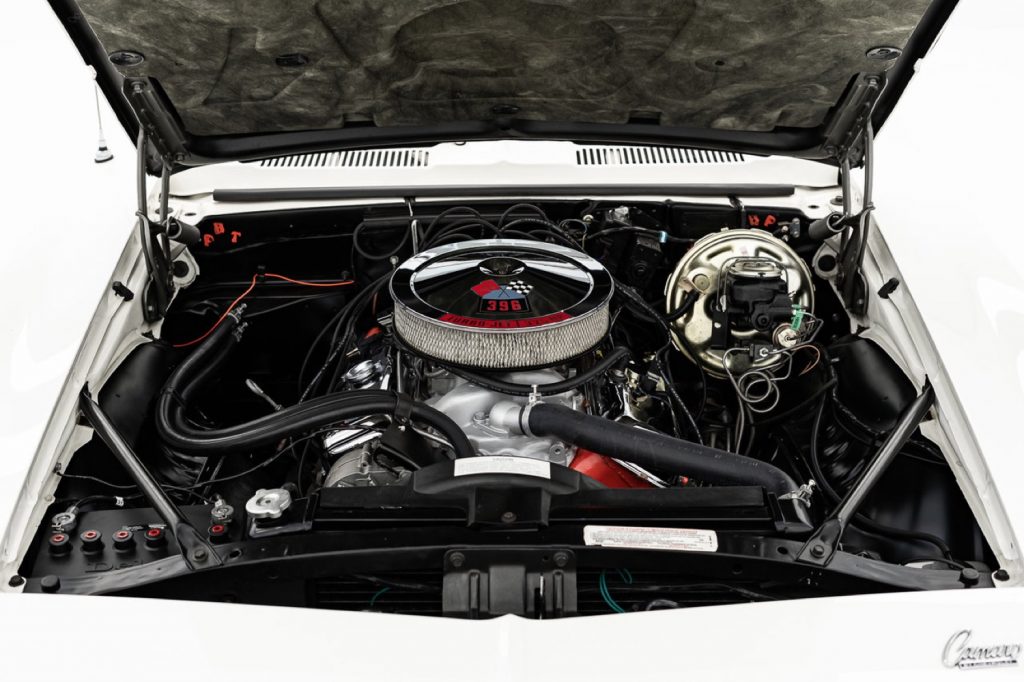 This 1969 Chevy Camaro pace car is an utterly pristine and truly unique slice of history, and now, it’s on offer by John Scotti Automotive in Canada for $276,149 USD. The sale includes certification that it is indeed the official 1969 U.S. Grand Prix pace car, while the odometer shows just 44,408 miles.

Is this historic Chevy Camaro worth the asking price? Let us know what you think in the comments, and make sure to subscribe to GM Authority for more Chevrolet Camaro news, Chevrolet news, and around-the-clock GM news coverage. 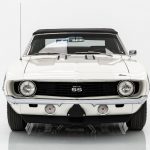 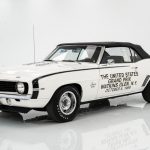 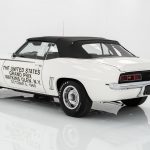 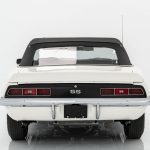 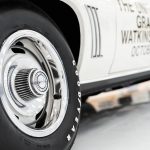 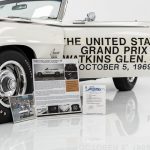 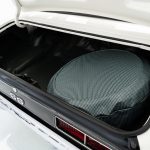 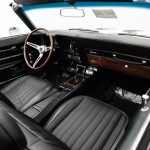 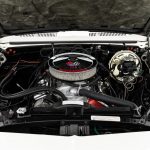