2020 has been a hard year for a lot of folks, but it’s been pretty smooth sailing for No.3 Corvette C8.R drivers Jordan Taylor and Antonio Garcia. The pairing gave Corvette Racing its first victory with its new Corvette C8.R earlier this year at Daytona and promptly backed it up with another win at Road America shortly after.

Now the No. 3 Corvette C8.R has taken its third win of 2020 after Taylor and Garcia took victory in Sunday’s Michelin GT Challenge at Virginia International Raceway. The victory was unexpected, with Garcia only moving into the lead in the closing laps of the two-hour, 40-minute race. The No. 911 Porsche of Nick Tandy looked like a shoe-in for the win and was leading with just 18 minutes remaining when the Core Autosport-run entry cut a left rear tire, forcing Tandy to come into the pits.

Garcia then held off the No. 25 BMW M8 GTLM of Bruno Spengler and the hard-charging Porsche of Tandy, who was now on fresh rubber, to take the victory. If the race was any longer, Garcia may not have made it, with the No. 3 Corvette C8.R suffering heavy high-speed vibrations in the latter stage of the event. The Corvette Racing crew later sourced the cause of the vibrations to a broken rear diffuser, but without knowing what the cause of the issue was, the Spaniard was understandably concerned while behind the wheel. 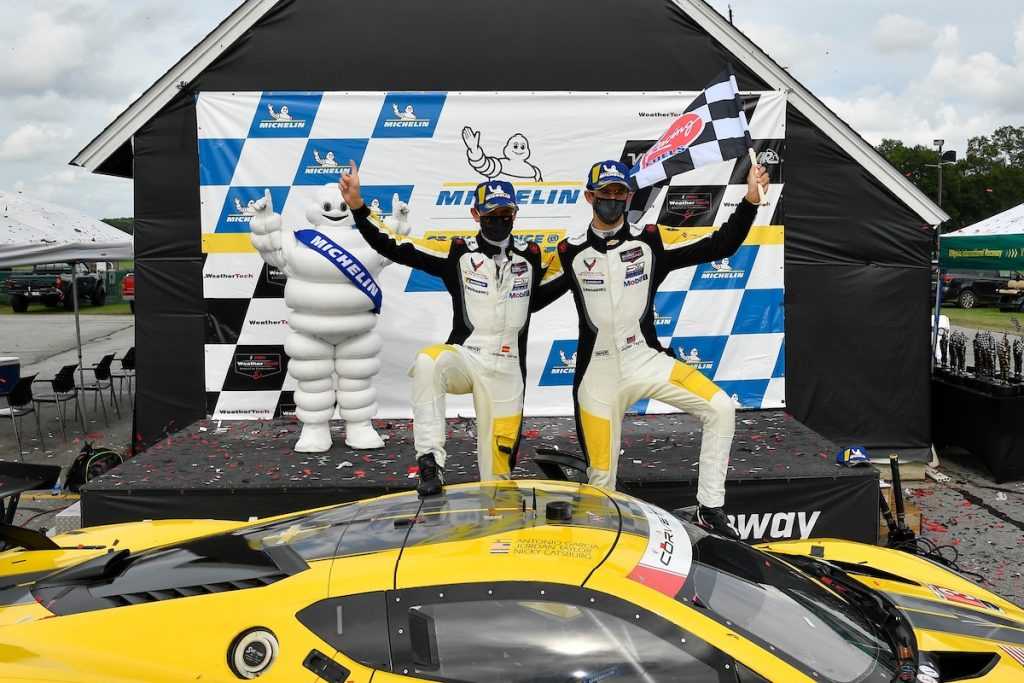 “I thought it was terminal because it was vibrating really bad,” he added. “But once I got used to it and knew it wasn’t interfering with the performance, I knew I could handle it. With the gap I could manage to the BMW. It was stressful not knowing what would happen if the rear diffuser would have fallen off, but the C8.R held on.”

Garcia also praised the Corvette C8.R for retaining a good degree of downforce and drivability even without a rear diffuser.

“So, the C8.R is also good with almost no rear diffuser or rear splitter. I’m very proud of that,” he said. “Very proud that everything stayed in one piece even though it was very challenging to drive there at the end.” 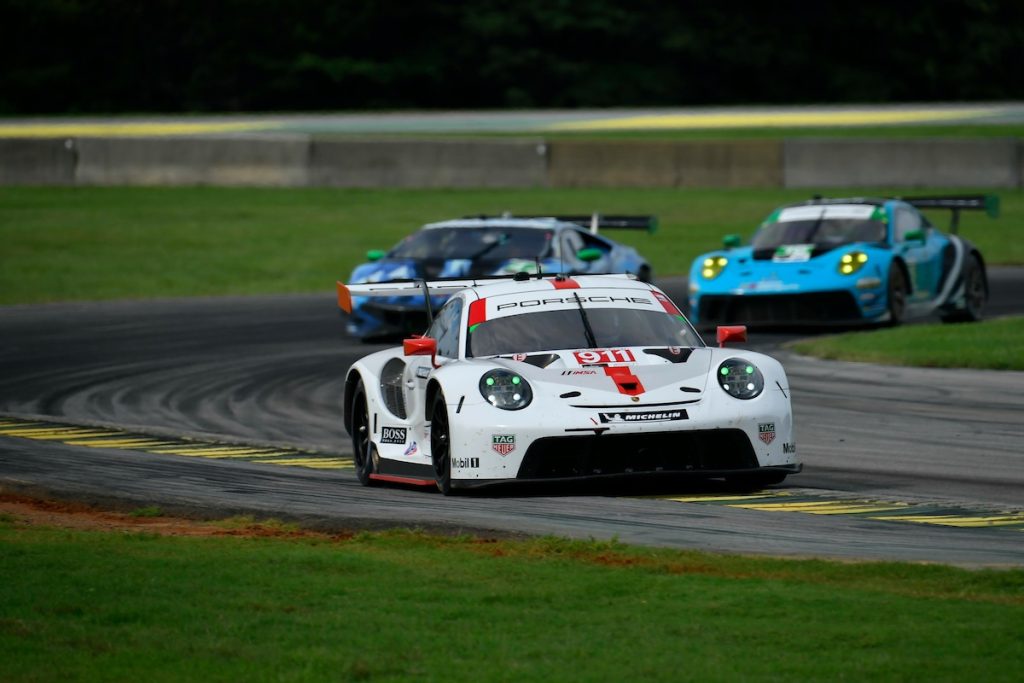 Spengler crossed the finish line second in the No. 25 BMW, while Tandy completed the podium after setting the fastest lap of the race on his charge back to the front. The No. 4 Corvette C8.R of Tommy Milner and Oliver Gavin finished fourth after Gavin went off-track following a restart earlier in the race.

Click here for full results from the 2020 Michelin GT Challenge from VIR.