In 1990, Buick awarded its top 60 dealerships with a limited-edition 1990 Buick Reatta Convertible Select 60 Edition. These special Buick Reatta Convertible models all came fully loaded and also featured white exterior paint with a white vinyl top, a red and white two-tone interior and color-keyed wheels. General Motors built only 60 of these vehicles for dealers (as the name would imply) although it also produced five extras that were given to GM executives. 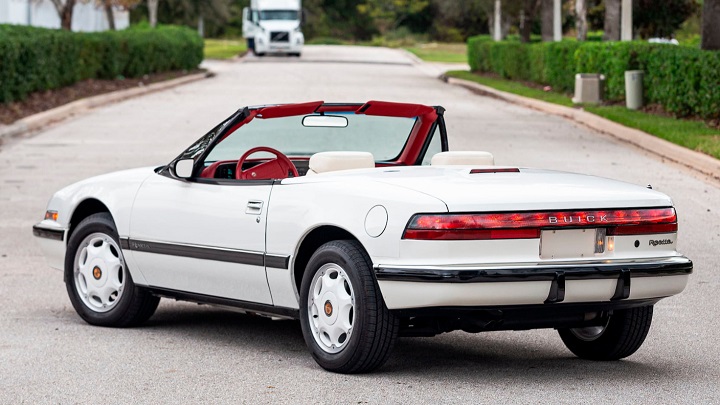 One of these rare 1990 Buick Reatta Convertible Select 60 Edition models will soon head to auction at Mecum’s upcoming Kissimmee Summer Special Sale. With only 65 ever built, a Reatta Select 60 appearing at an auction would already be noteworthy, but this particular vehicle’s history makes it extra interesting. 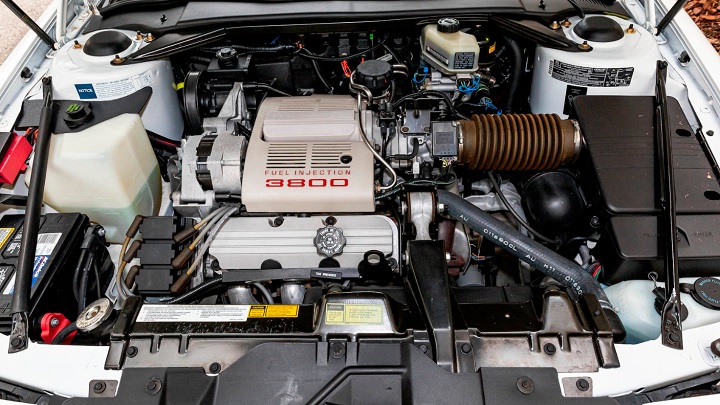 According to Mecum’s listing, this car spent nearly two decades in the GM Heritage Center before the automaker sold it in 2009 after the company went bankrupt. As a result, this is a museum-quality Buick Reatta that is essentially perfect in every way. Even the engine bay looks clean enough to eat off of.

Not surprisingly, this car didn’t rack up very many miles after spending the majority of its life in the GM Heritage Center. The digital odometer currently shows just 1,002 miles, so it has been driven very sparingly since it rolled off the assembly line in Lansing Michigan way back in 1989.

It’s not clear how much Mecum and the current owner of the vehicle are hoping it will fetch at auction. The Reatta isn’t a very sought-after car as far as 1990s GM products go, though, so we’re not expecting it to set any records, to say the very least. Check out the listing here for some more photos of this near-perfect Buick Reatta Convertible Series 60.