Just last week, we covered the news that General Motors’ crosstown rival, Ford Motor Company, was working on a new multifunction tailgate for the F-150. Now, per a new report from our sister publication, Ford Authority, photographic evidence reveals that the new Ford tailgate has yet to advance beyond the plywood stages. 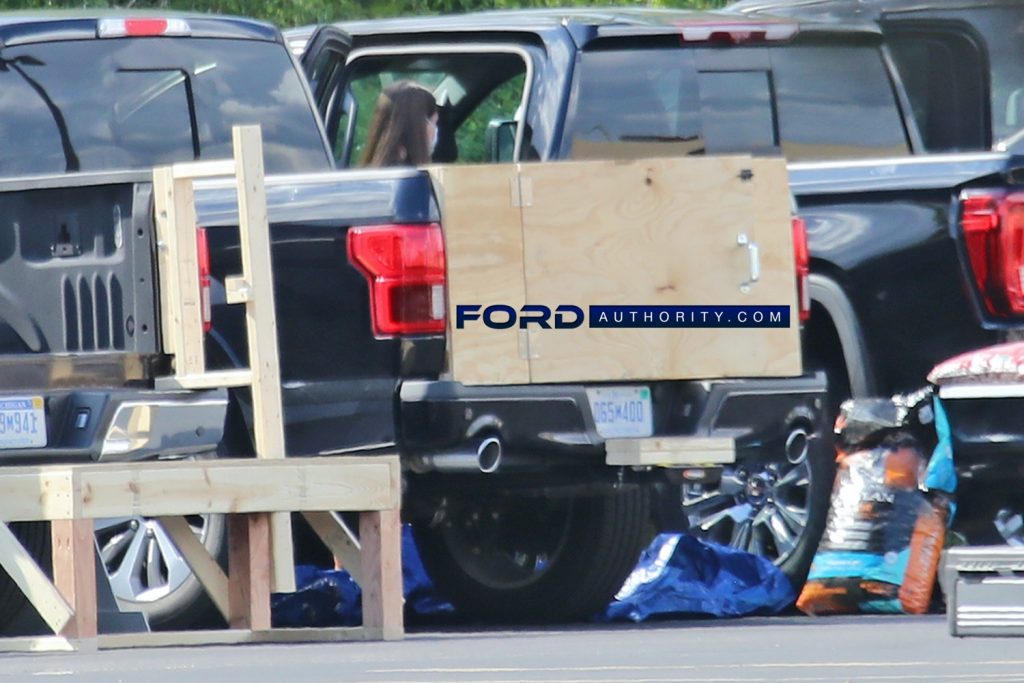 These new photos reveal Ford employees prototyping a 13th-generation F-150 with a barn-style tailgate made out of plywood. The prototype Ford tailgate appears to have an 80-20 split, and comes with a vertical pull handle located on the passenger side.

As we’ve reported previously, the Blue Oval brand has already benchmarked rival offerings from General Motors and FCA, the former of which offers the MultiPro Tailgate on the GMC Sierra, and the latter of which offers a multifunction tailgate on the Ram Pickup. As it just so happens, a GMC Sierra can be seen parked next to the prototype F-150 with the plywood Ford tailgate prototype in these new photos. 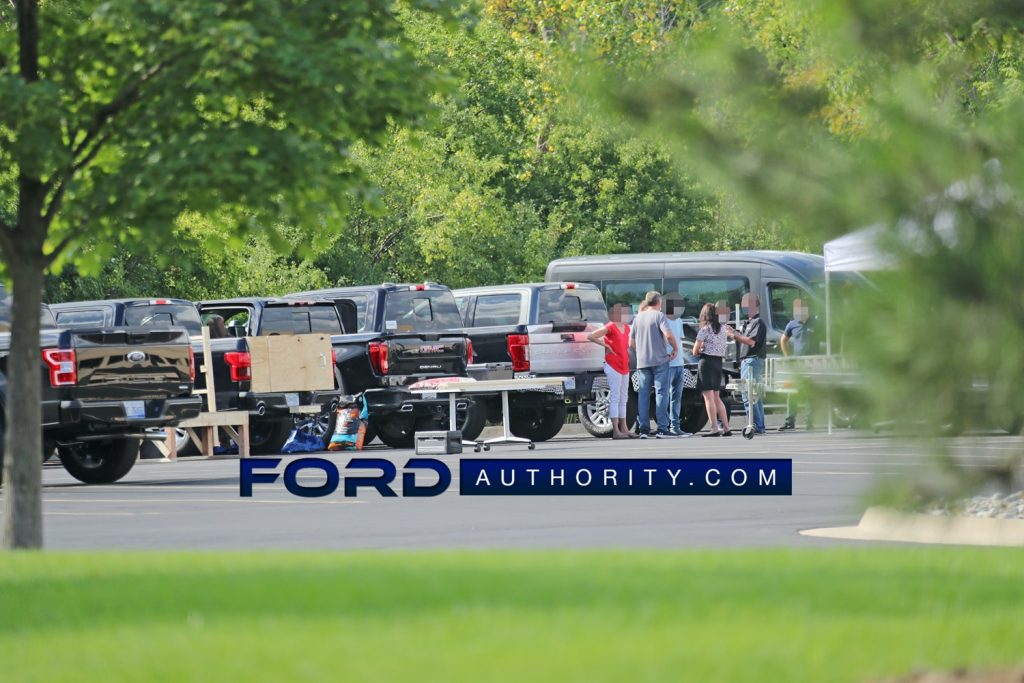 Ford is notable as the only automaker of the Big Three not to offer a multifunction tailgate.

Luckily for Blue Oval fans, the new Ford tailgate won’t actually be made from plywood in some bizarre attempt to shave weight. Rather, the automaker is simply using the material as a rapid prototyping technique similar to those used for development of the 2021 Bronco. Still, this prototype looks like something you’d expect on a shed, not a truck. 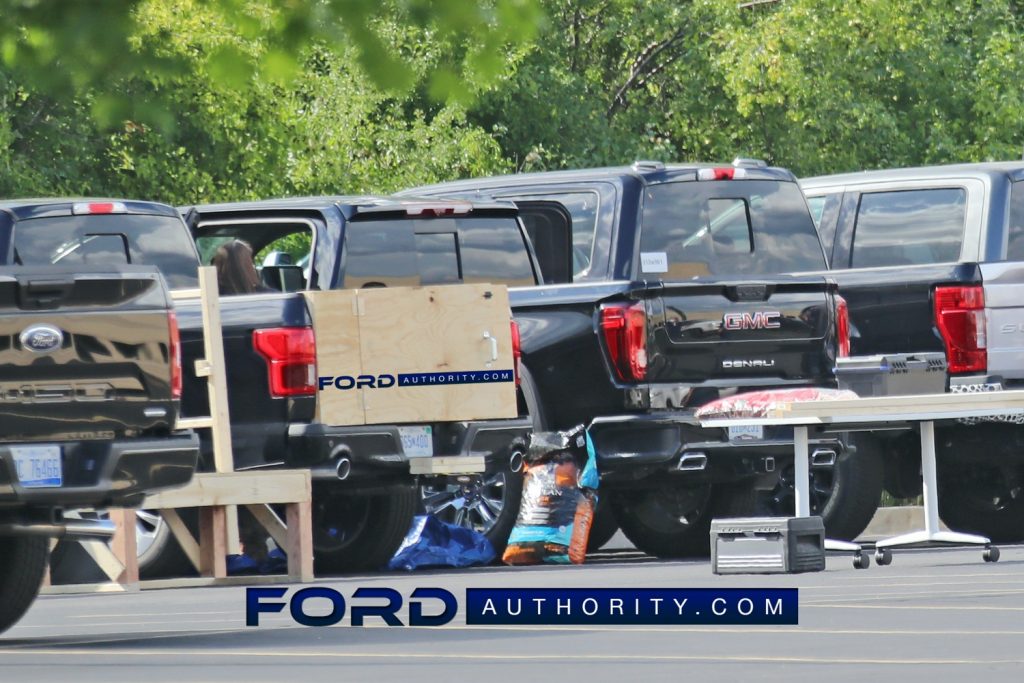 This barn-style design is reportedly one of several designs current under consideration. Another design under consideration incorporates three vertical sections in a barn-style layout capable of opening individually in thirds, including left-to-right, and right-to-left. Presumably, the three sections could also drop down as a single unit like a traditional drop-down tailgate.

It’s unclear at this time which design the new Ford tailgate will eventually adopt, or the exact launch schedule. That said, the Ford F-150 will be the first model to offer the automaker’s new multifunction design. 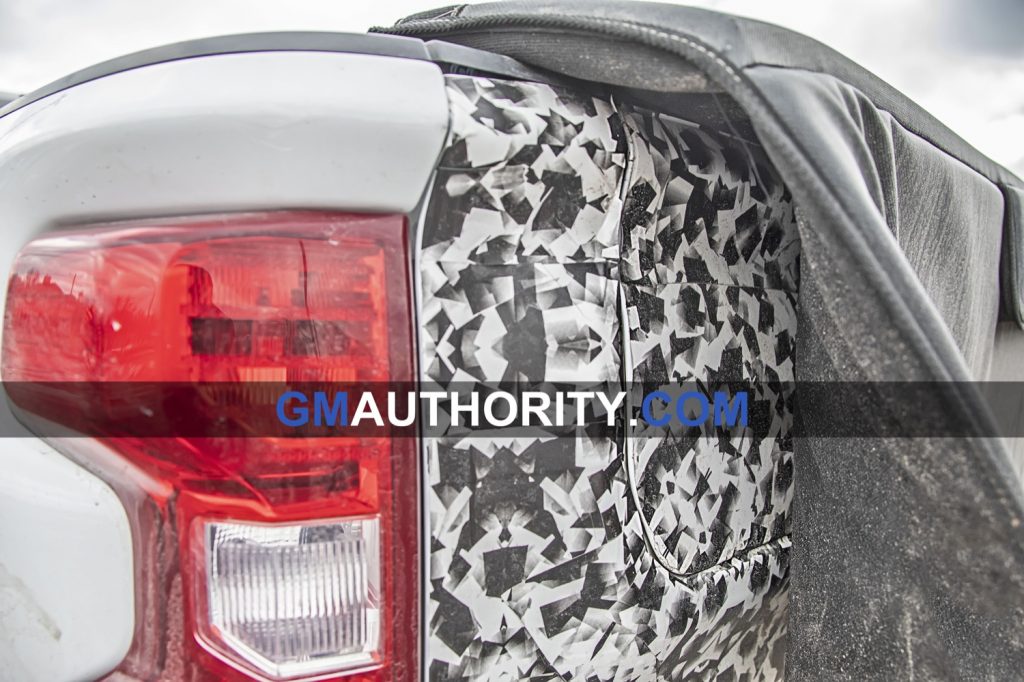 As we reported previously, General Motors is expanding the availability of its multifunction tailgate to the Chevy Silverado, with the latest indicating the use of the name “MultiFlex,” and arrival for the 2021i (2021 interim) model year, or possibly with the 2022 model year mid-cycle refresh.