Back in the early ‘90s, if it was a speed-stuffed pickup you were after, the original GMC Syclone was the way to go. With its turbocharged V6 engine and AWD grip, the Syclone could sprint to 60 mph in the low-four-second range, running with (and beating) the top sports cars of its day, including the then-current Chevrolet Corvette. Now, we’re reimagining this enthusiast favorite with the following GM Authority rendering.

Per usual, it bears mentioning that we created this modern GMC Syclone rendering purely for fun, as General Motors currently has no plans to actually produce such a model. That said, we’re sure our readers will appreciate laying their eyeballs on this modernized cult classic. 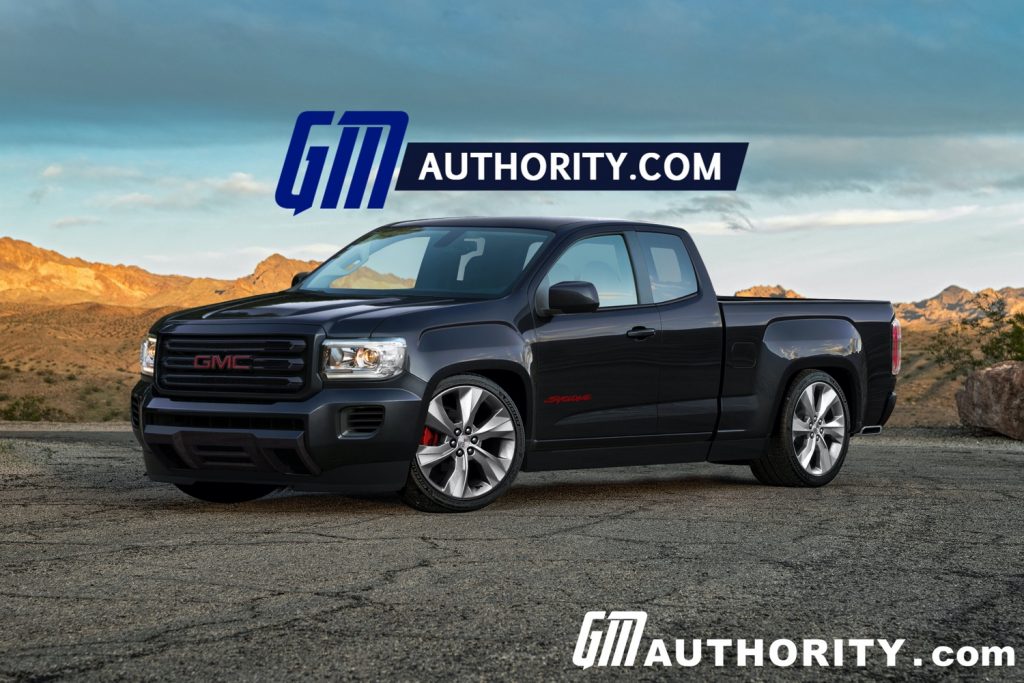 As expected, we based our GMC Syclone rendering on the current second-gen GMC Canyon pickup, while adding a variety of go-fast styling bits to justify the nameplate. This includes a restyled front fascia, including a new black grille insert with thin, red GMC lettering. There’s also new intakes between the grille and lower fascia section, while the fog lamps were replaced with additional intakes.

Black trim is used throughout, including around the windows, while our modern GMC Syclone rides on new turbine-style wheels with a silver finish. The stance is lower and wider than before thanks to new suspension and pumped-up fenders. We also added fresh Syclone badging in the doors, and red calipers can be seen under the silver rollers.

The modern-day GMC Syclone would also come with a dual exhaust treatment (routed to the sides) and clear tail lamps. What’s more, if such a model did come to market, we would love to see it rocking a supercharged version of the 3.6L V6 LGZ engine. We’ve seen such configurations make anywhere between 500 to 600 horsepower. 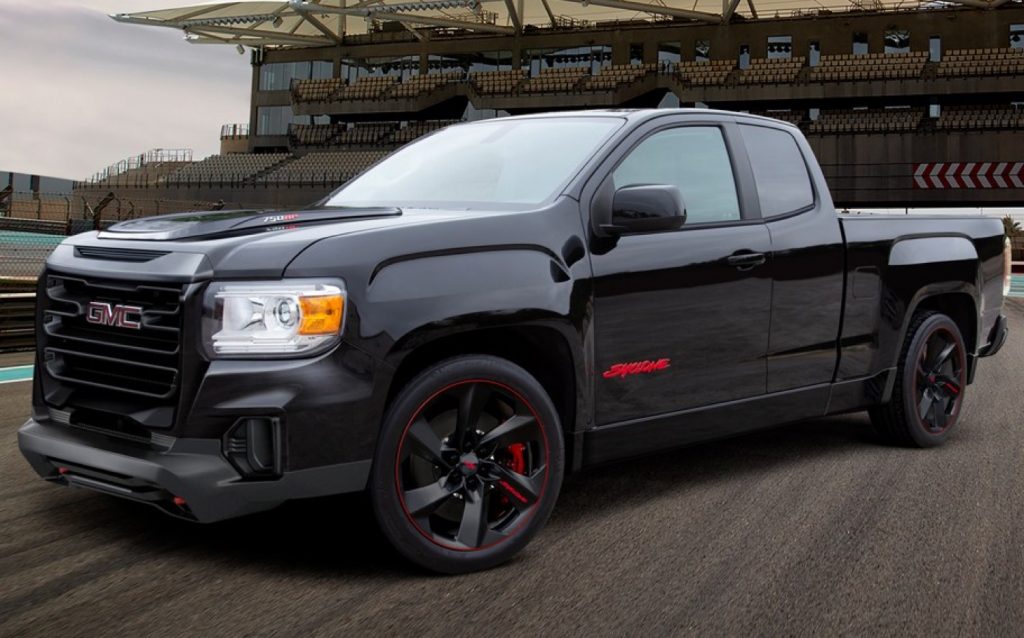 It’s also worth noting that Specialty Vehicle Engineering (SV) is already offering a modernized GMC Syclone with a 750-horsepower supercharged 5.3L V8 L83 engine under the hood, plus all the requisite styling upgrades to match.

Would you jump on this modern-day GMC Syclone? Let us know by voting in the poll, and subscribe to GM Authority for more GMC Syclone news, GMC news, and around-the-clock GM news coverage.