The base-level engine in the 1992 model year Geo Storm was rather wheezy 1.6L four-cylinder that made just 95 horsepower and 96 pound-feet of torque. Customers could also put down some extra cash for the uprated GSi model, though, which featured a 1.8L four-cylinder that made a very respectable 140 horsepower and 120 pound-feet of torque. These sporty GSi models could also accelerate from 0-60 mph in 7.1 seconds and reach a top speed of 125 mph – great performance stats for a cheap commuter car from the early 1990s, if you ask us.

The Geo Storm GSi is, unfortunately, a car that many people seem to have forgotten about. However, this pristine yellow example currently for sale on eBay Motors is a great way to put this lovable little coupe back in the public’s memory. This is a mint-condition Geo Storm GSi that looks as though it was just driven off the showroom floor – apart from a little bit of grime on the engine and other parts of the engine bay. There are no dents or scratches on the exterior, no stains on the interior upholstery and even the underbody looks as clean as can be. 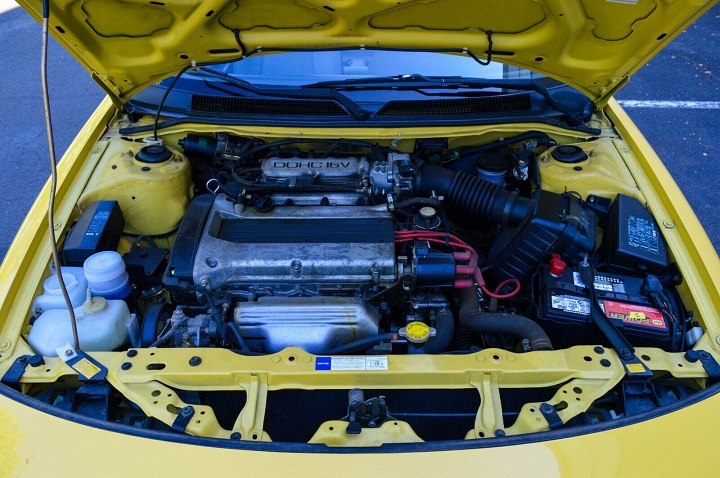 With a ‘Buy It Now’ price of $7,999, we feel confident saying that this is probably one of the more expensive Geo brand vehicles currently for sale in America. Then again, this car is essentially new. Apart from the near-perfect exterior and interior, it also has just 38,000 miles on the odometer, so it’s barely been driven since it rolled off the lot 28 years ago. The market for a mint-condition Geo is probably fairly narrow, though, so we’ll have to wait and see how much interest this car attracts. 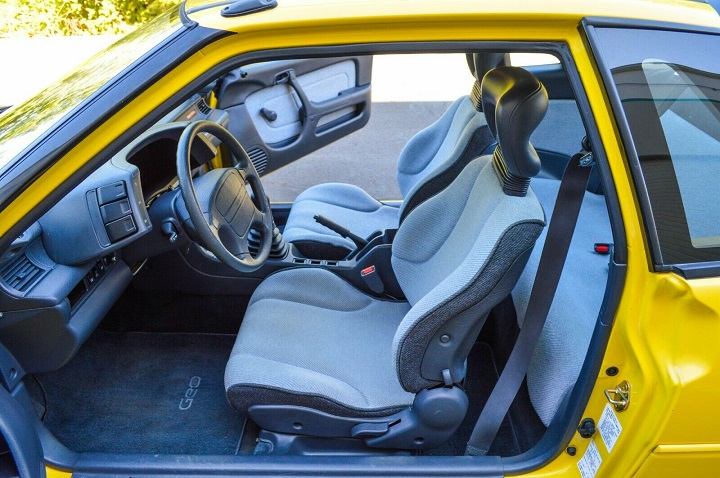 Check out the listing here to see more photos of this like-new Geo Storm.