When Antonio Morgan saw a Pontiac G6 sedan lose control and slam into the left-side barrier on the highway, he could have called 911, reported the crash and continued his day as planned. Instead, the Good Samaritan decided to spring into action and pull the driver from the vehicle before it burned to the ground. 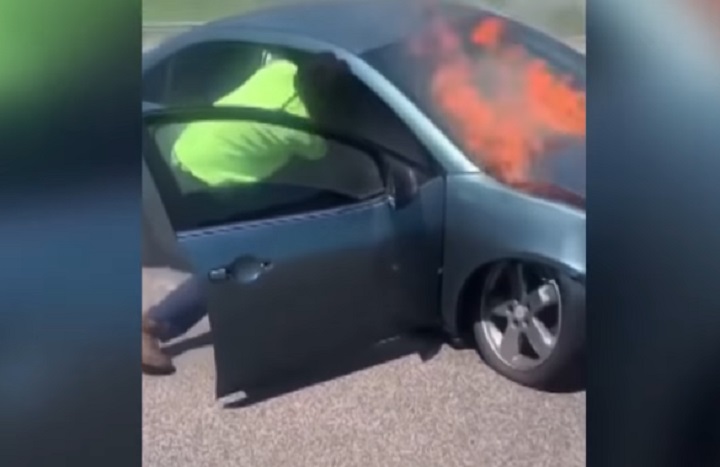 Video of the incident obtained by Inside Edition shows Morgan pulling the unconscious 23-year-old driver, Keilen Robinson, out of the driver’s seat through the passenger-side door of the Pontiac G6 as flames billow out from under the sedan’s hood. According to Inside Edition, the driver lost control of the vehicle while driving along I-70 in St. Louis County, Missouri and hit the inside median wall along the highway. 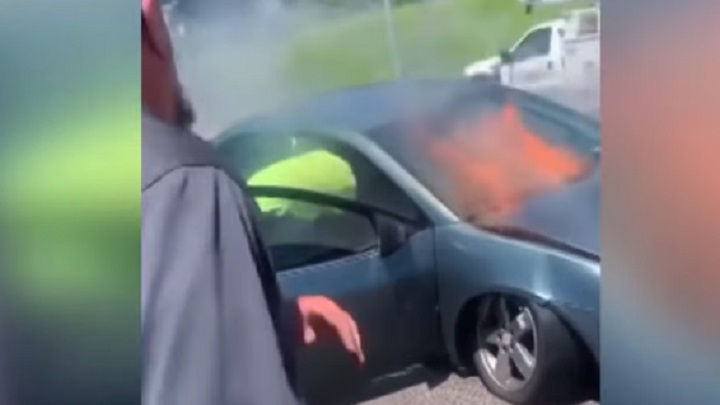 Morgan was also joined by another Good Samaritan, Jerry Smith, who thankfully had a fire extinguisher in his vehicle and contained the flames under the hood of the Pontiac G6 while Morgan extracted Robinson. Smith later told media that he simply wanted to show his son, who filmed the entire ordeal, what it means to be a true man. The driver’s mother later thanked both Morgan and Smith in a Facebook post, crediting them with saving her son and saying she owes the two “heroes” her life.

“I can’t thank him enough, man,” Keilen Robinson was later quoted as saying. “He will always be a part of my life and my family’s life. That’s a good man.”

The world may be grappling with a pandemic, social and political unrest, financial instability and other pressing issues, but Morgan and Smith serve as great examples of how individuals can still make a difference helping their neighbors and caring for their fellow man.

Watch this entire ordeal unfold in the Inside Edition video embedded just below.