First introduced for the 1996 model year, the GMC Savana currently spans just a single generation, with few updates and changes performed over the years, save for an update for the 2003 model year. As General Motors’ corporate cousin to the Chevy Express, the Savana passenger van isn’t the most glamorous or exciting vehicle to fly the GMC badge, but that doesn’t necessarily have to be the case. For example, what if GMC applied its top-shelf Denali gloss to the nameplate? What would something like that look like? Luckily you don’t have to wonder, because we’ve drawn it up in the following GM Authority Rendering.

This GMC Savana Denali rendering follows the Chevy Express High Country rendering we did earlier in the month, and like the previous concept, this one isn’t based on any intel that such a creation is headed for production. Rather, we drew it up just for fun.

Even so, we think that the appeal of something like a GMC Savana Denali as a luxurious passenger van is simply undeniable. Up front, we restyled the fascia with new headlamps, which are now outlined with LED lighting signatures, below which is additional clear lighting. The grille insert now receives a three-tier, chromed mesh treatment, while the lower bumper gets a set tow hooks and a familiar chrome styling design. 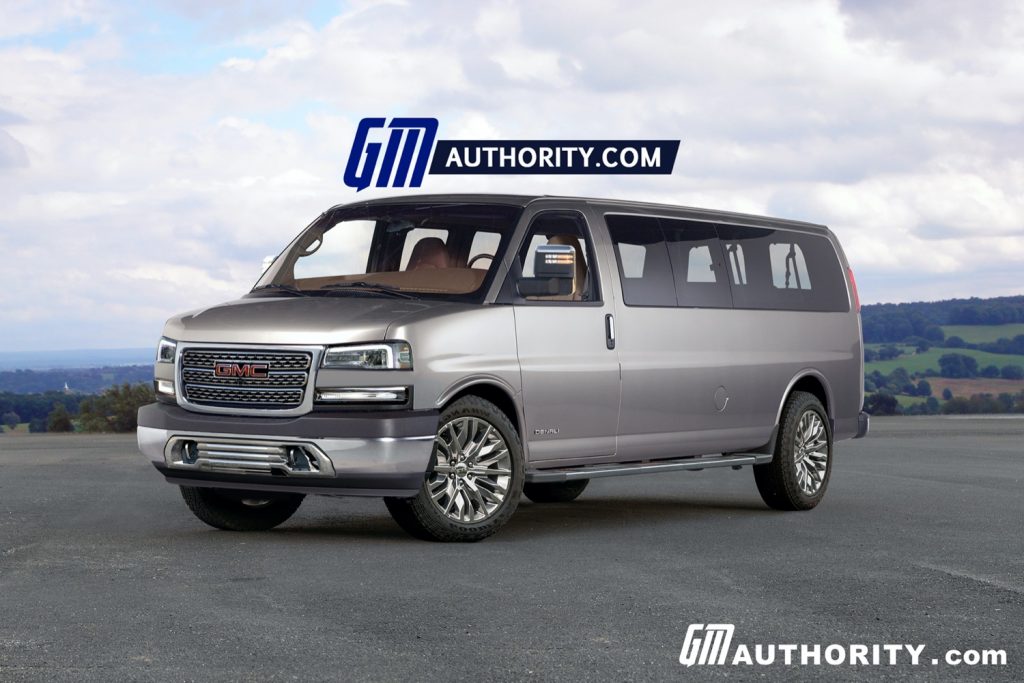 The corners ditch the standard rollers in favor of new plus-sized alloys, once again with a polished finish. Higher up, we added vertical tow mirrors with chrome caps from the GMC Sierra HD, while new running boards ease ingress and egress, and a Denali badge is displayed on the front doors. And yes, we’re aware the rendering doesn’t have a sliding door – just use your imagination for that. 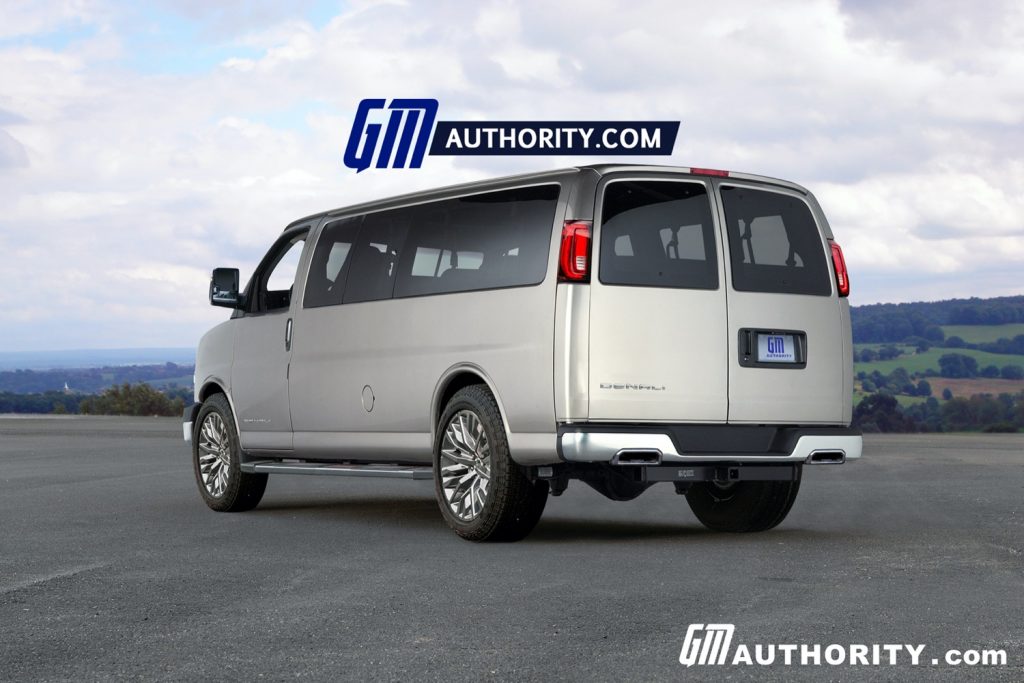 In back, we added a new set of LED tail lamps with C-shaped inner graphics, while the rear upper door frame was body-colored to match. Finishing it off is a set of dual integrated exhaust tips housed in the polished-finish lower bumper.

What do you think, dear reader? Are we on to something here with this GMC Savana Denali rendering? Let us know by voting in the poll below, and make sure to subscribe to GM Authority for more GMC Savana news, GMC news, and around-the-clock GM news coverage.