General Motors has filed to register “E-Ray” as a trademark with the United States Patent and Trademark Office, GM Authority has discovered. Filed on July 31st, 2020 and assigned serial number 90087059, the application states that the name will be used in conjunction with “Motor land vehicles, namely automobiles.”

This application represents the second time that GM has moved to trademark the E-Ray name with the USPTO, with the first time being in December 2015.

We believe that this new filing is meant to supersede the December 2015 filing, since the latter will soon expire without being fully registered. More importantly, a second filing for “E-Ray” shows that The General is serious about the nameplate, lending more credibility to the notion that the Corvette E-Ray will be a hybridized variant of the C8 Stingray that joins the Small Block V8 LT2 used in the C8 Stingray with a hybrid-electric motor. 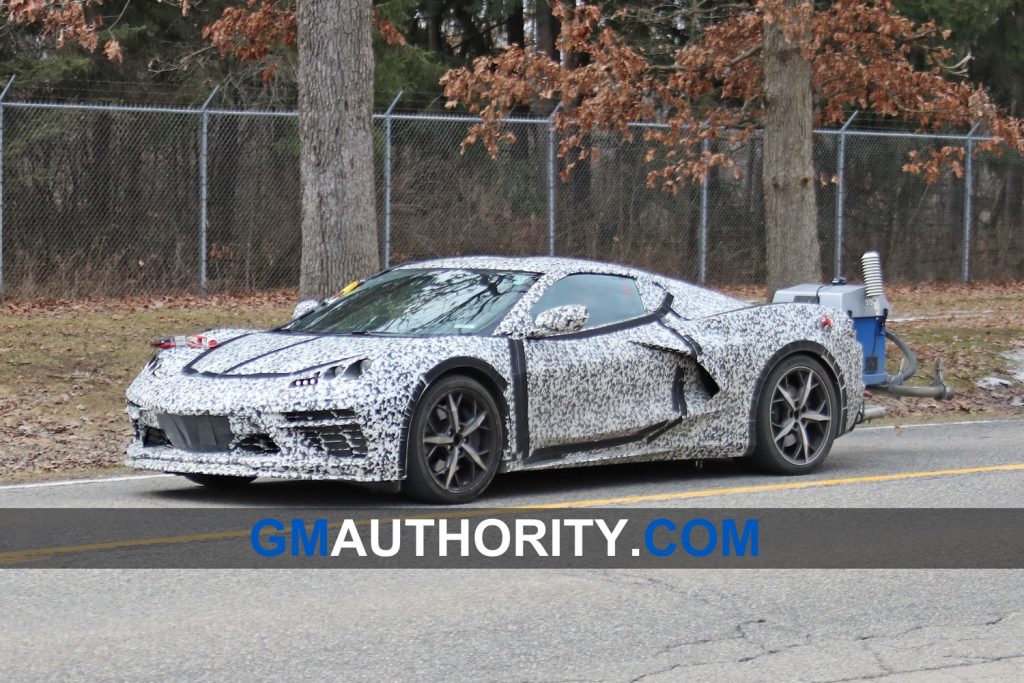 An electric drive unit located between the front wheels will be fed by battery packs located in the middle of the car. Peak output of the hybrid system has been rumored to be roughly 85 kW (115 horsepower) and 100-115 pound-feet of torque, resulting in a total system output of about 600 horsepower and 575 pound-feet of torque. Thanks to this unique configuration, the E-Ray will also be the first C8 Corvette (and the first Corvette ever) to feature all-wheel-drive. 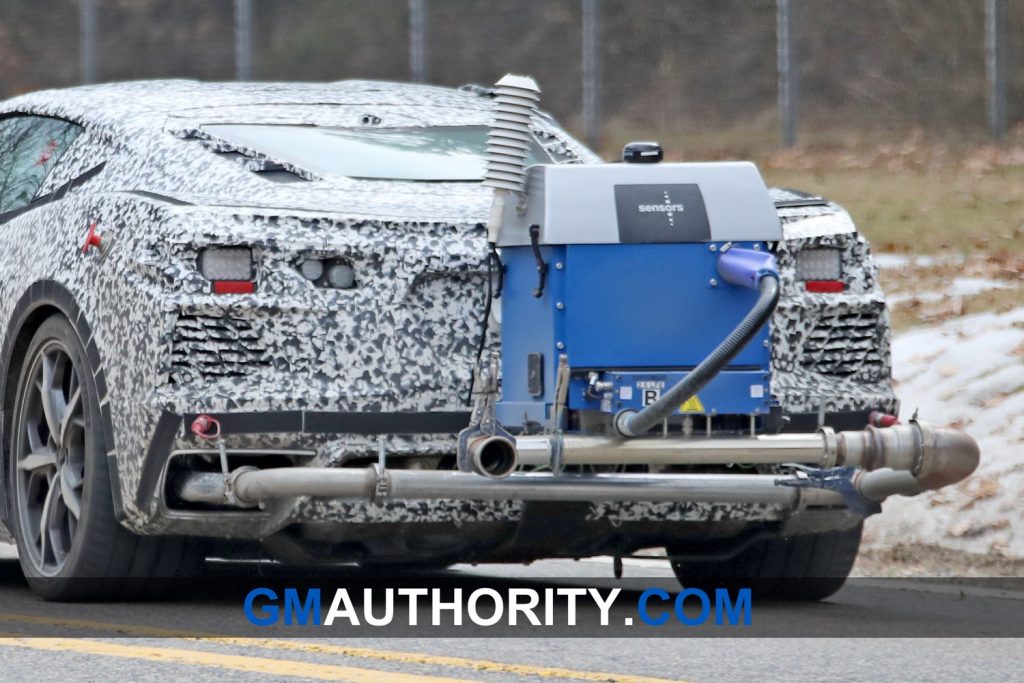 Though we have had conflicting reports on the matter, the body of the C8 E-Ray should be more along the lines of what we see today in the C8 Stingray, and not like the wide body that will be featured of the C8 Z06.