General Motors produced the GMC TopKick, as well as its corporate cousin, the Chevrolet Kodiak, between 1980 and 2009. Offered as a medium-duty workhorse designed to tackle various jobs as a cargo hauler, dump truck, fire truck, and other such duties, the GMC TopKick was eventually discontinued after three generations, with the final example, a GMC TopKick 5500, leaving the Flint Truck Assembly plant in July of 2009. However, that hasn’t stopped GM designers from dreaming up a possible future model, as seen in the following rendering. 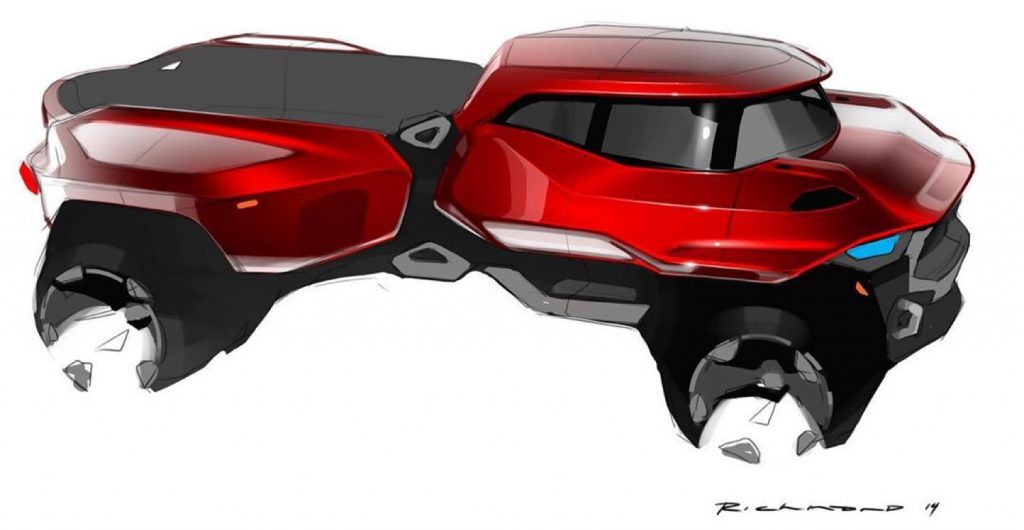 Posted to social media by the official GM Design Instagram account, @generalmotorsdesign, this rendering was produced by Geoffrey Richmond in 2014. Richmond is the same GM designer that created the Chevy Impala rendering we recently covered, and like the Chevy, the futuristic styling cues are once again in full effect with this impressive GMC TopKick.

Up front, the truck comes with an upright fascia, including a black grille insert and bright-red GMC badge. The lower fascia is done in polished metal and comes with two prominent tow hooks mounted on opposite ends of the bumper. The lighting arrangement is also quite interesting, with a quartet of small lighting elements mounted to the left and right of the bumper, and all the way to the corners of the front fascia along the grille line.

The cab itself is hunkered down and low, and gets a cool geometric shape that adds to the curvy metal. The sideview mirrors are quite thin, hanging off the top of the windshield line, and a small step-up is placed in the flanks. 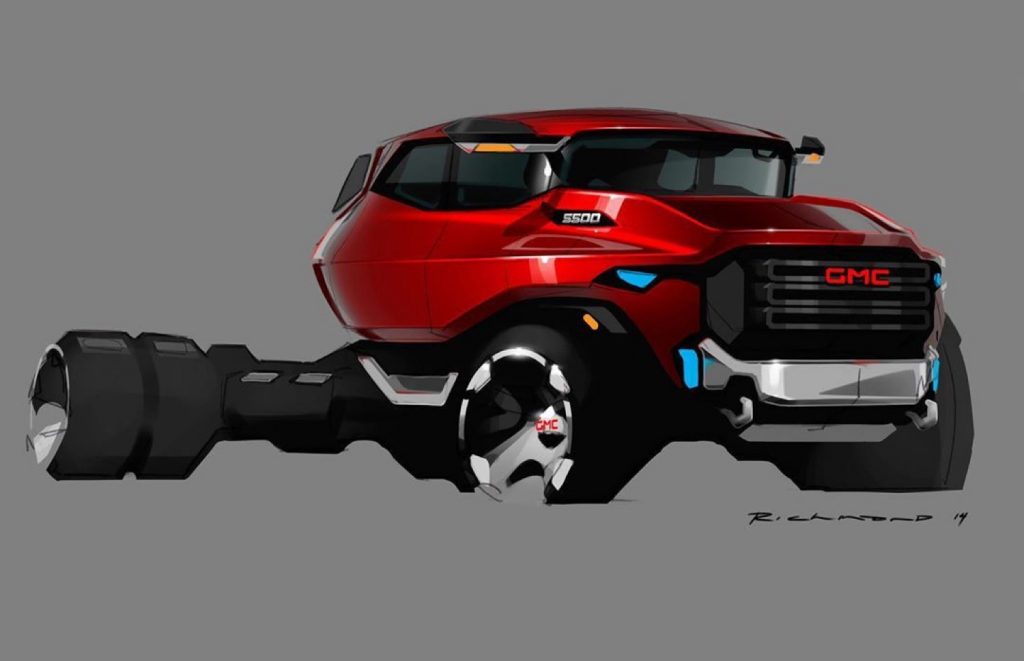 And of course, we can’t ignore those enormous wheels, which get an awesome deep-dish design and mammoth diameter, lending this GMC TopKick an impressive, larger-than-life stance.

General Motors offered a successor to the GMC TopKick and Chevrolet Kodiak with the introduction of the Chevrolet Silverado Medium Duty Trucks, which includes the 4500HD, 5500HD, and 6500HD, as well as multiple configurations, wheelbases, and GVWRs. The new Silverado Medium Duty debuted at the 2018 Work Truck Show in Indianapolis, and is jointly developed by GM and Navistar. However, there is currently no GMC-branded equivalent.

And while this rendering is essentially little more than cool design, and almost definitely wouldn’t make it to production in any recognizable fashion even if it did get the green light, it’s still a fun exercise to think about what could be.

Does this GMC TopKick rendering grab your attention? Let us know your thoughts in the comments, and make sure to subscribe to GM Authority for more GMC TopKick news, GMC news, and around-the-clock GM news coverage.