These days, autonomous self-driving and electric propulsion are all the rage when it comes to the latest and greatest automotive technology. However, back in the ‘60s, the engineers over at General Motors were messing around with something a little more difficult to pin down – hovercrafts!

Per a post to the official General Motors Design Instagram feed, @generalmotorsdesign, these retro photos show one engineer absolutely loving his job. The man in question is Chuck Torner, who’s seen piloting the XP-791 “jet-scooter” in 1962, which appears to have dual air cushions mounted on either side of a single seat, and a single wheel in back. 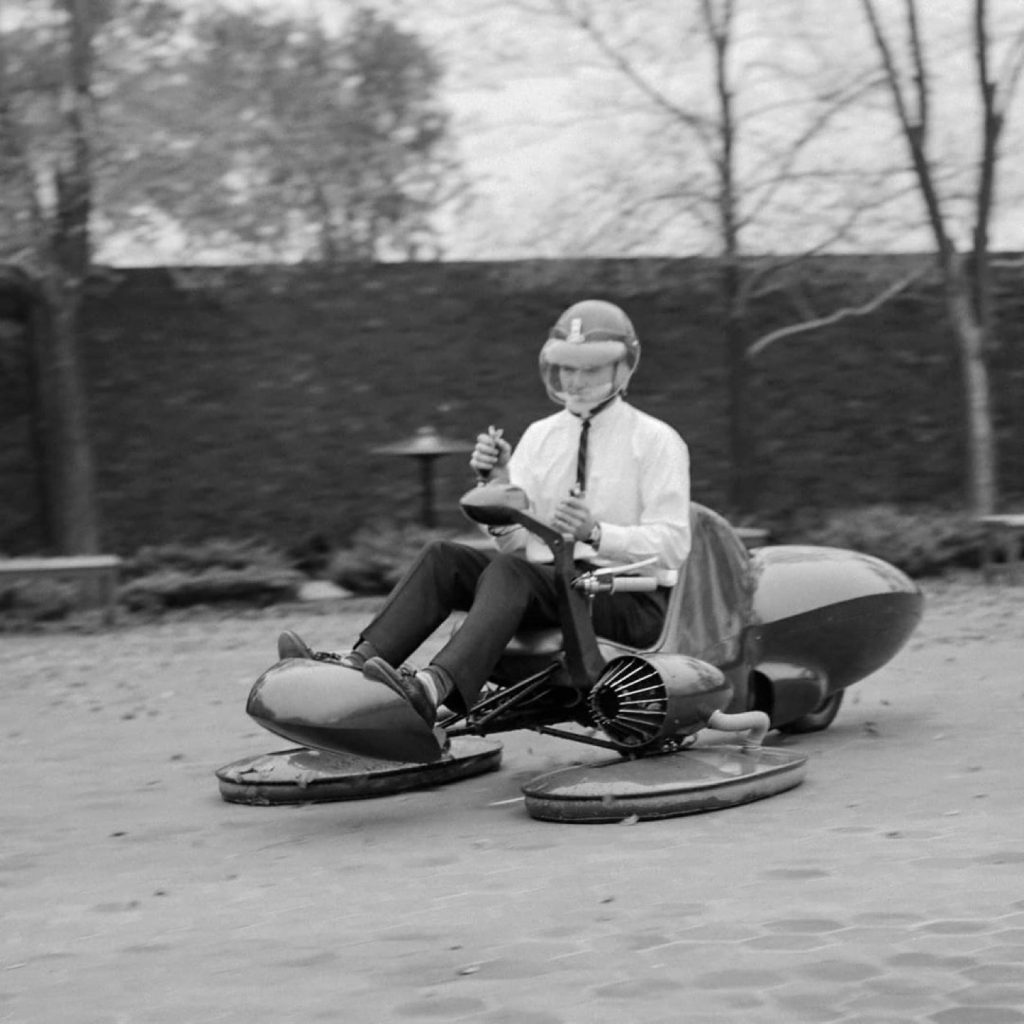 The practicality of something like this is a bit questionable. Nevertheless, the entertainment value is likely through the roof, and we certainly wouldn’t pass up a chance to give it a spin.

The second image also features Chuck Torner, but this time, he’s testing out the Hovair air-lift system in 1961. Unlike the joy-riding XP-791, the Hovair system does appear to have some practical application, as it can provide an easy way to move heavy loads. Also known as an air caster, the Hovair system works in a manner similar to a hovercraft, and uses a thin layer of air to allow a load to “float” over a non-porous surface. 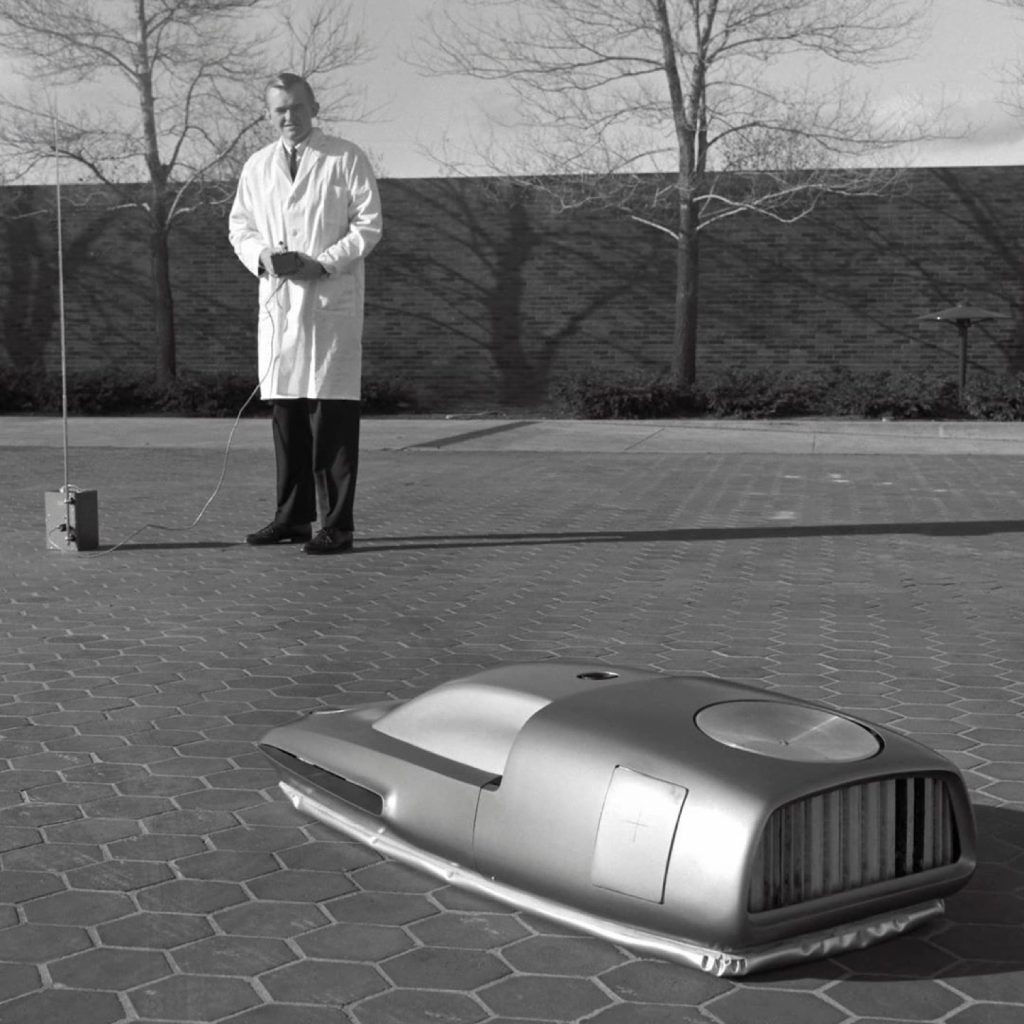 Harry A Mackie invented the air caster in 1961 for General Motors, and the technology is still used today in a variety of applications.

Which just goes to show – although certain technologies may have one obvious application, such as the case with hovercraft tech and the XP-791 jet scooter, it could also be adapted to more useful applications, given a little ingenuity.