Ford is working on a new multifunction tailgate for the Ford F-150, as reported by our sister publication, Ford Authority.

Citing sources familiar with the project, Ford Authority reports that the Blue Oval brand has already benchmarked rival features from General Motors and FCA, including the GMC Sierra’s MultiPro tailgate, and the multifunction tailgate offered on the Ram Pickup. Now, Ford is prototyping its own version of the feature for the full-size Ford F-150. 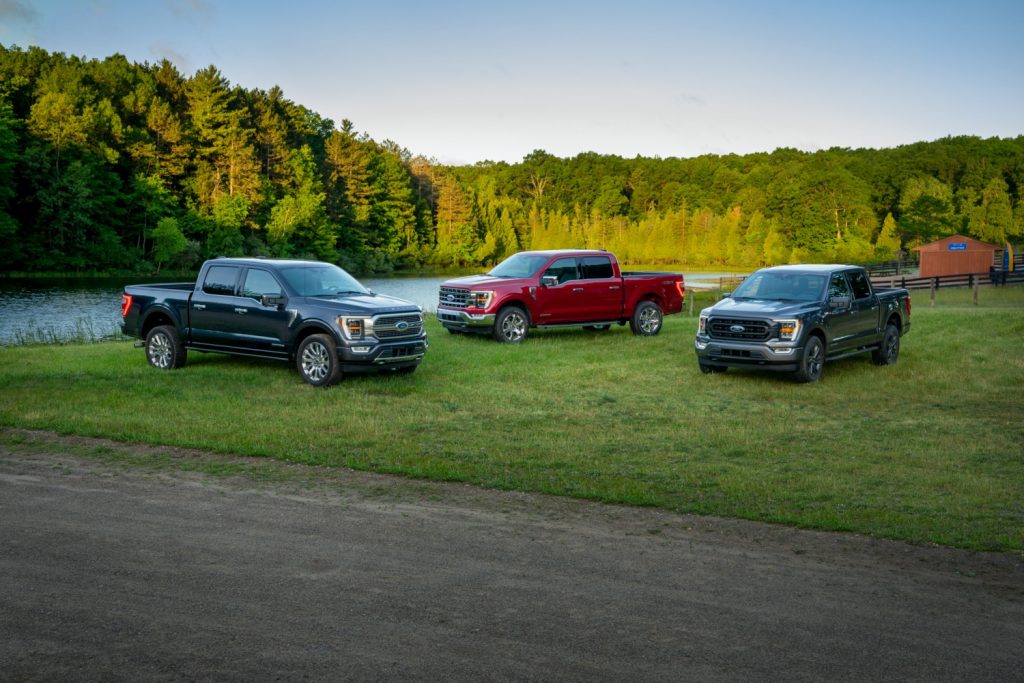 Among the ideas under consideration is a “barn-door” layout broken up into three sections, with each section opening up individually either left to right, or right to left. The design would also allow the entire tailgate to drop down as a single piece, much like a traditional tailgate.

To speed up development, Ford is currently employing rapid prototyping techniques similar to those used with the 2021 Bronco, including the use of packing foam and plywood.

The new tailgate concept will first see use in the F-Series line of pickups, specifically the Ford F-150, assuming it passes the necessary durability testing and development stages. Ford Authority reports that exact launch timeline is unclear at this point. 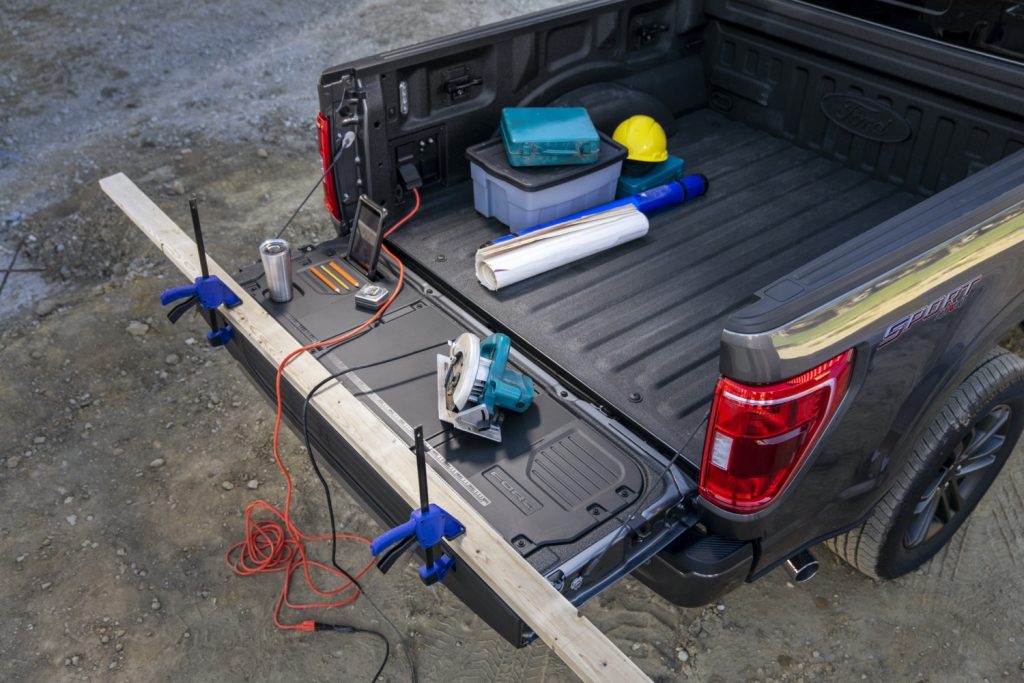 For now, the 2021 Ford F-150 does not offer a multifunction tailgate, making Ford the only automaker of the Big Three not to offer such a feature. Rather, the latest fourteenth-generation Ford pickup offers new tie-downs for extra-long items, and an optional Tailgate Work Surface with a mobile device holder, pencil holder, and integrated rulers. A power up and down tailgate is also optional.

As we reported just last week, General Motors is interested in expanding its line of multifunction tailgates beyond the GMC Sierra MultiPro feature, with plans to add something similar to the Chevy Silverado. The new feature may be called “MultiFlex” when offered on the Silverado, and could arrive for the 2021i (2021 interim) model year, or possibly with the 2022 model year mid-cycle refresh. 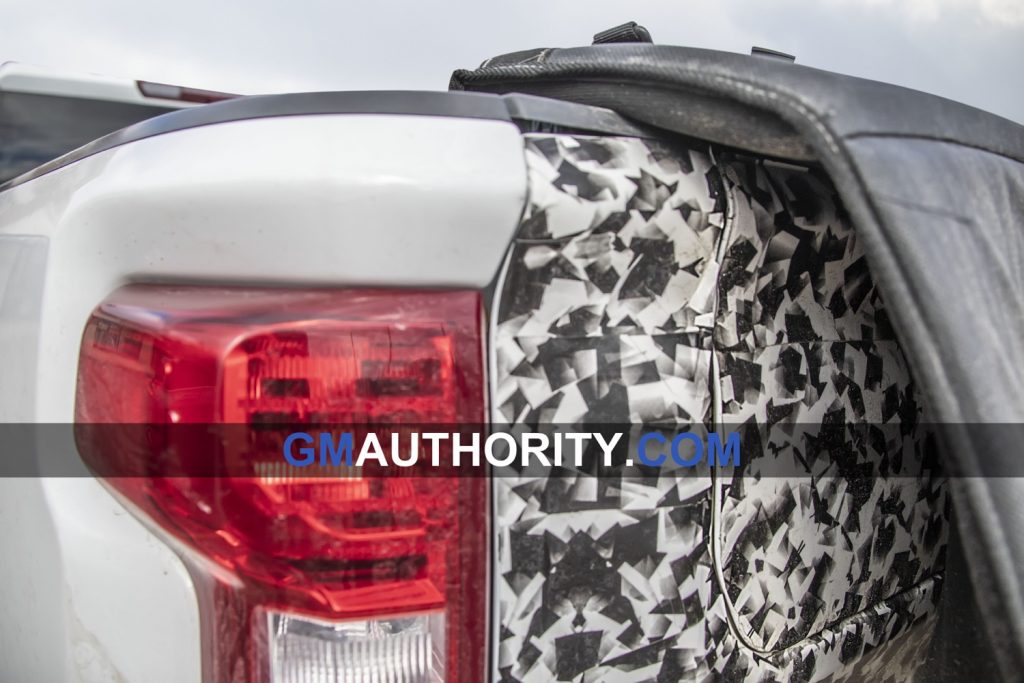 The new Chevy multifunction tailgate has been spotted numerous times in the past, including on several Chevy Silverado HD prototypes. GM Authority has also learned that there could be something unique to differentiate the MultiFlex tailgate from the MultiPro tailgate, or both tailgates could have identical new features.