This custom 1968 Pontiac Firebird is heating things up with a gorgeous bespoke exterior, loads of modern comfort in the cabin, and more than a little muscle under the hood – exactly what you’d want from a Pro Touring muscle car. This impressive build took three years and over 4,500 hours to complete, and now, it’s headed to auction at no reserve. 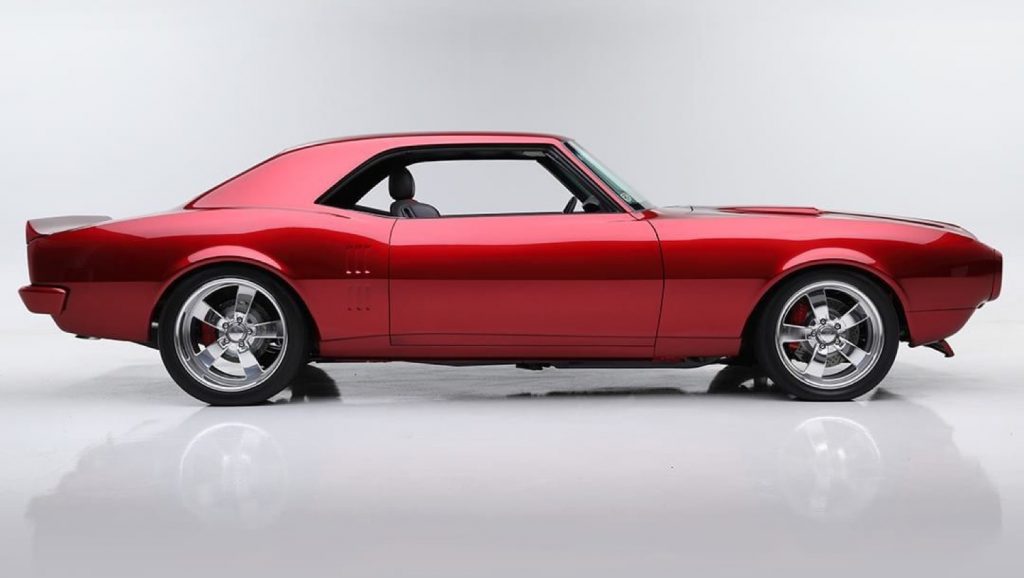 The first thing to grab us is the ultra-polished paint, which is a custom PPG Metallic job called Viva La Red. The head-turning hue covers this two-door from tip to tail, complementing unique touches like the redesigned front fascia, which now boasts a new mesh grille and molded front splitter. The inner headlamps were also removed and converted into cold-air intakes for the engine.

The Pontiac Firebird’s profile reveals shaved door handles and drip rails, while the rear deck lid spoiler was also molded into the body. Occupying the corners is a set of Rushforth Concept five-spoke wheels, measuring in at 18-inches by 10-inches in front, and 19-inches by 12-inches in the rear. 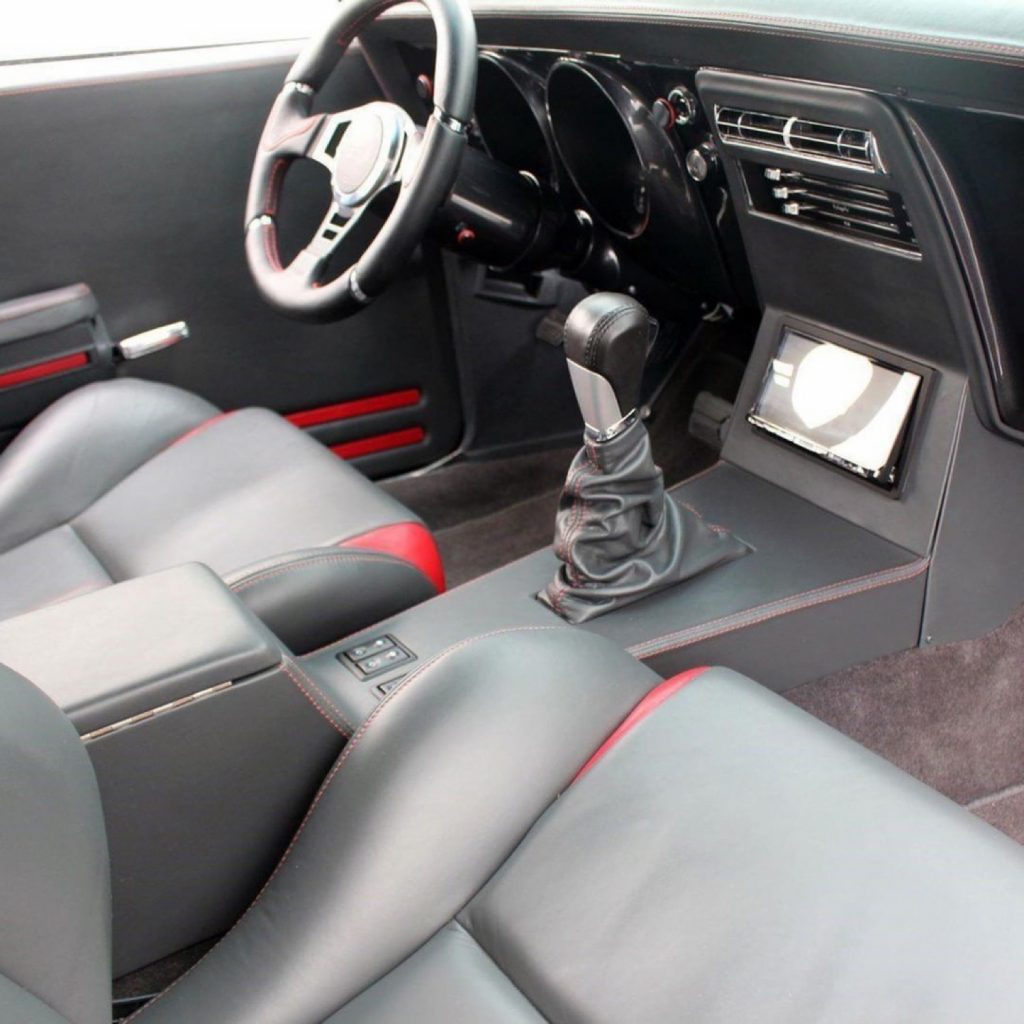 There’s a full custom interior as well, including highly bolstered modern seats embroidered with the  Pontiac Firebird emblem in the seat backs. We also spot a three-spoke steering wheel, an in-dash screen for infotainment, and custom stitching for the black-and-red upholstery. 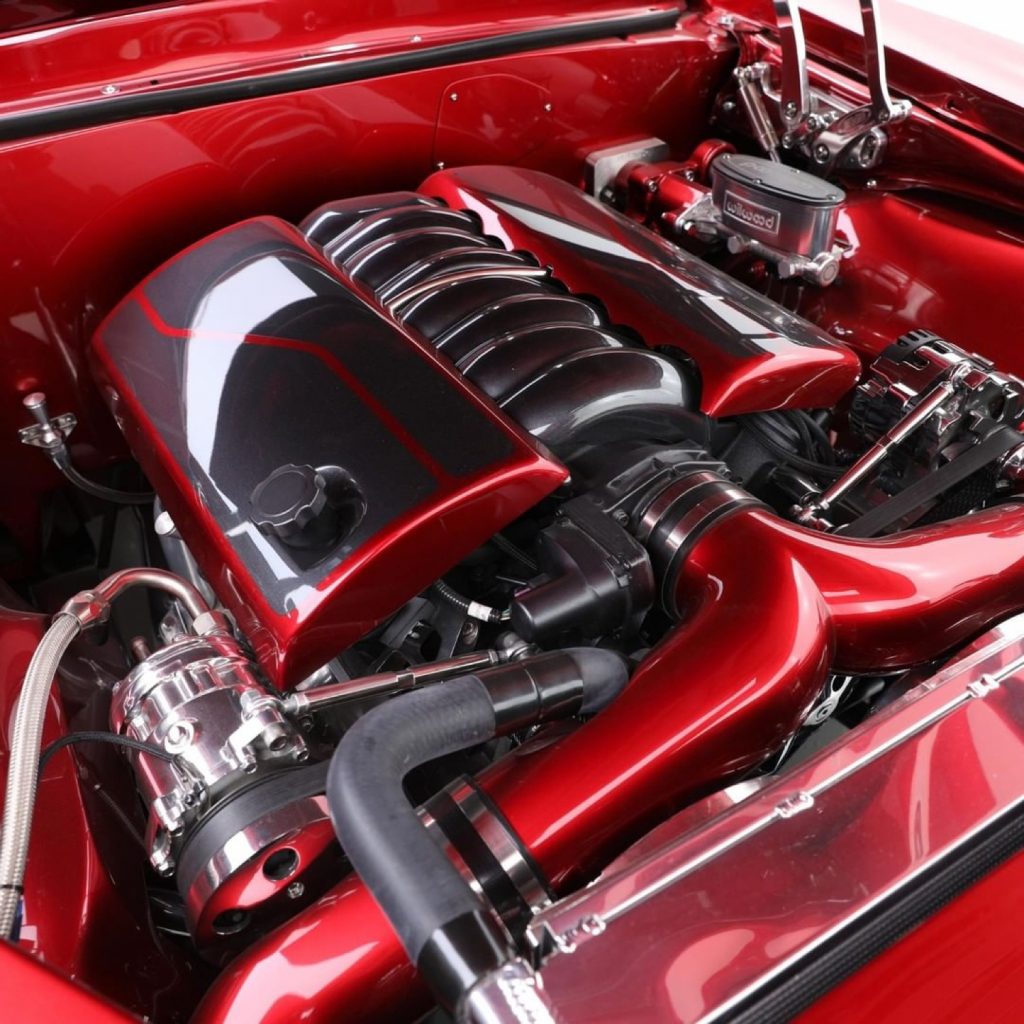 Making this machine move is the LS3 V8 engine, throwing down with 550 horsepower. Upgrades include new pistons, connecting rods, and an aggressive cam, and like the rest of the build, the engine sits polished and pretty in the engine bay.

The ‘eight mates to the GM 6L90 six-speed automatic transmission, which is equipped with 3.73 gears and 12-bolt rear end. 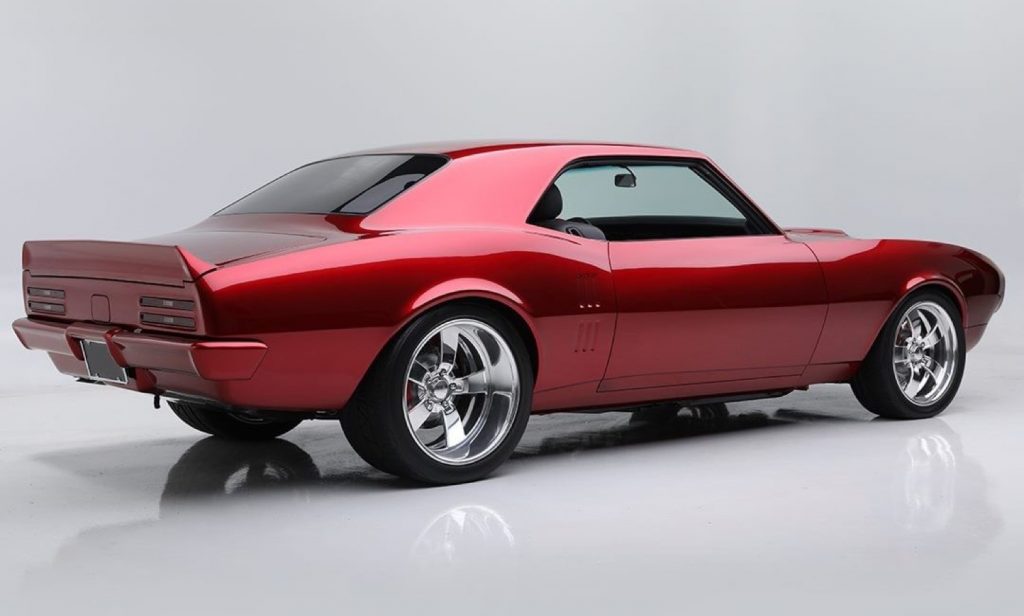 Keeping this Pontiac Firebird shiny side up are Detroit Speed coilovers, Quadralink rear suspension, and tubular front suspension. Baer brakes haul it down with 14-inch rotors in front and 13-inch rotors in the rear

This custom Pontiac Firebird boasts less than 100 miles on the clock since the build was complete. Now, it’s offered at no reserve in the upcoming Scottsdale Fall 2020 Auction. 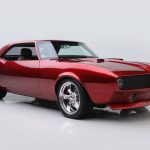 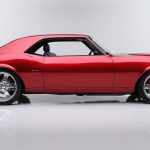 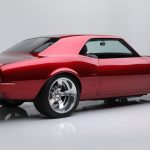 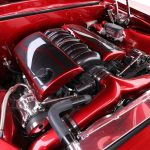 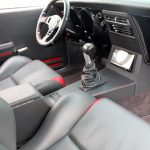 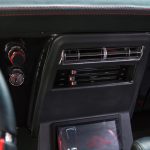 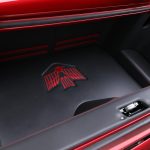