With the advent of EV and autonomous vehicle tech, it makes sense that classic dragsters are becoming more and more popular. These machines are a throwback to the days when speed and cubic inches went hand in hand, as is the case with this generously powered 1959 Chevy Apache drag racer. 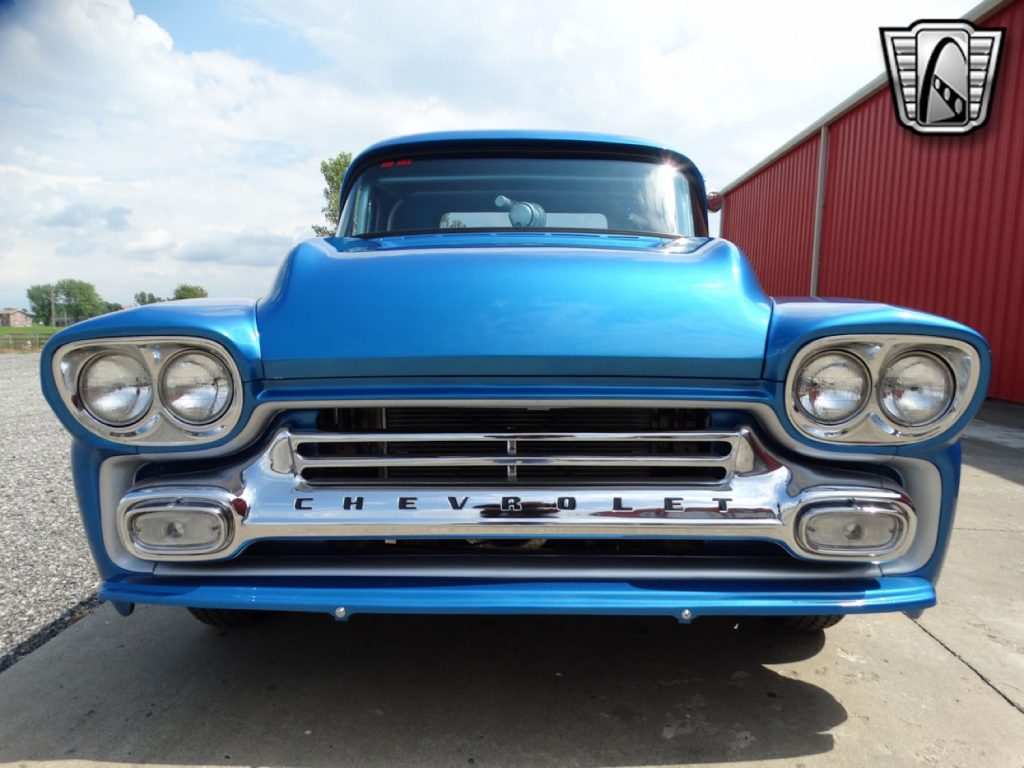 From the outside, the first thing to grab us was the slick Bahama Blue Metallic paint, which shines nicely on the Chevy Apache’s classic curves. The glossy finish plays well with the polished chrome, and the chopped roof, now 4.5 inches lower, gives it an extra dash of cool. 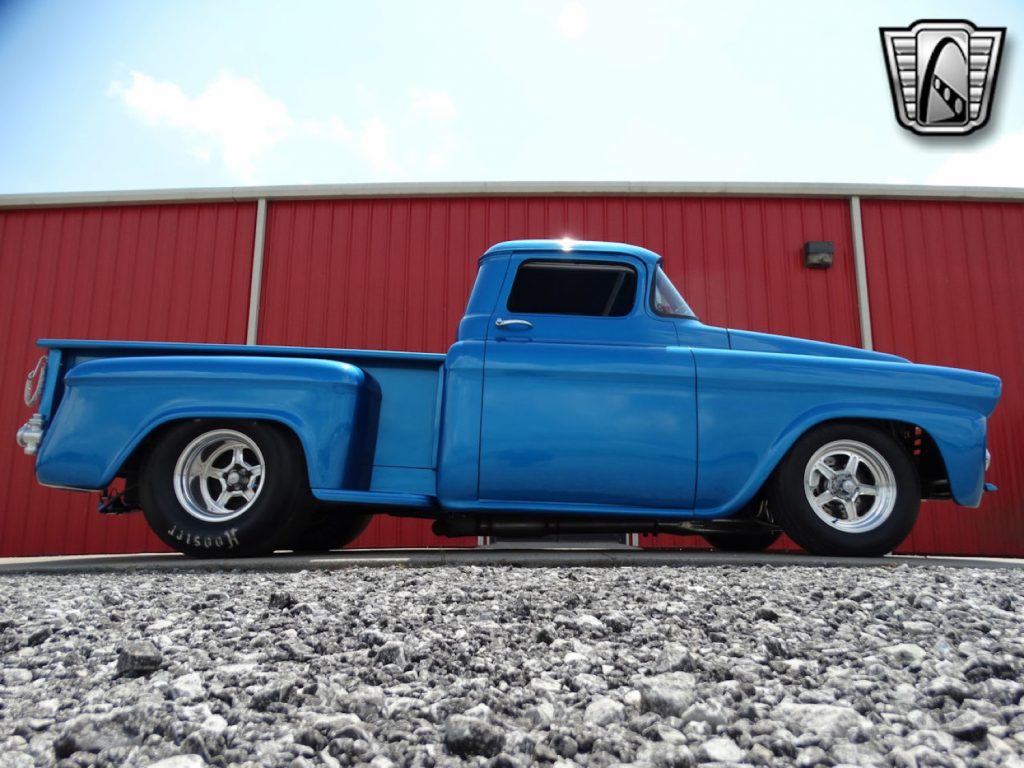 However, once we step into the profile, this Chevy Apache starts to make its intentions known. Stuffing the corners are Billet Specialties aluminum wheels with absolutely gargantuan rubber in the rear, sized at 31 by 18.5. 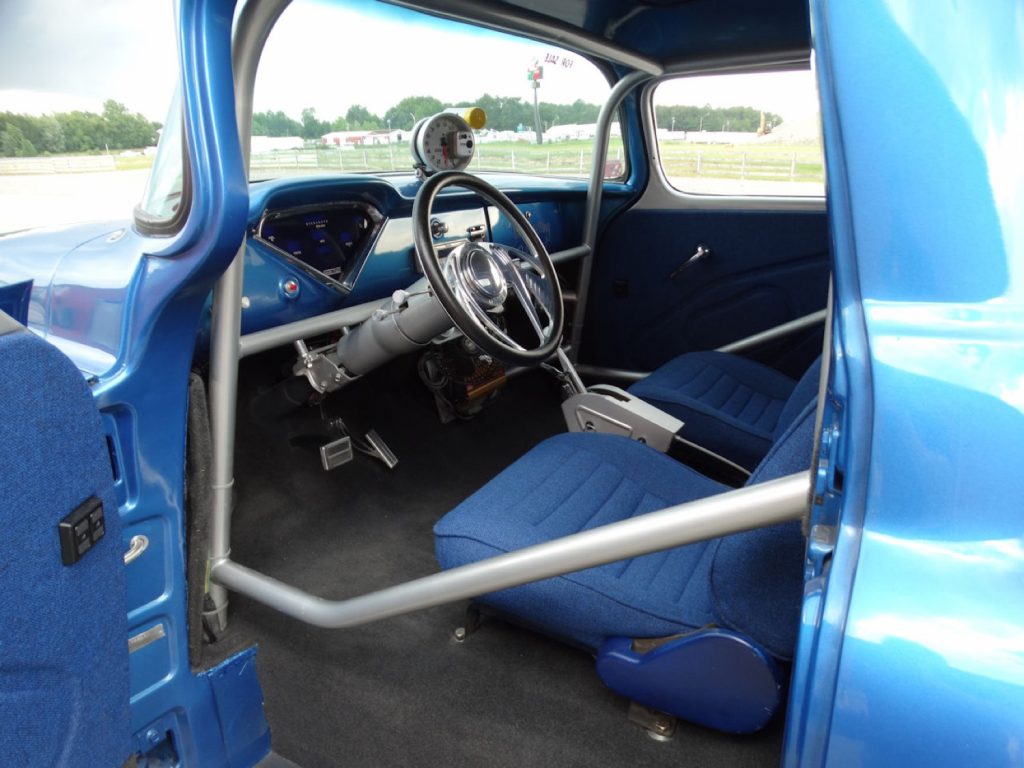 That’s quite the footprint, and indeed, the performance cues continue inside, where we find an oversized tachometer mounted up high, as well as several other auxiliary gauge readouts mounted lower. The cabin is caged up, and there’s even an airbrushed graphic on the dash that reads “You’re getting heavy.” 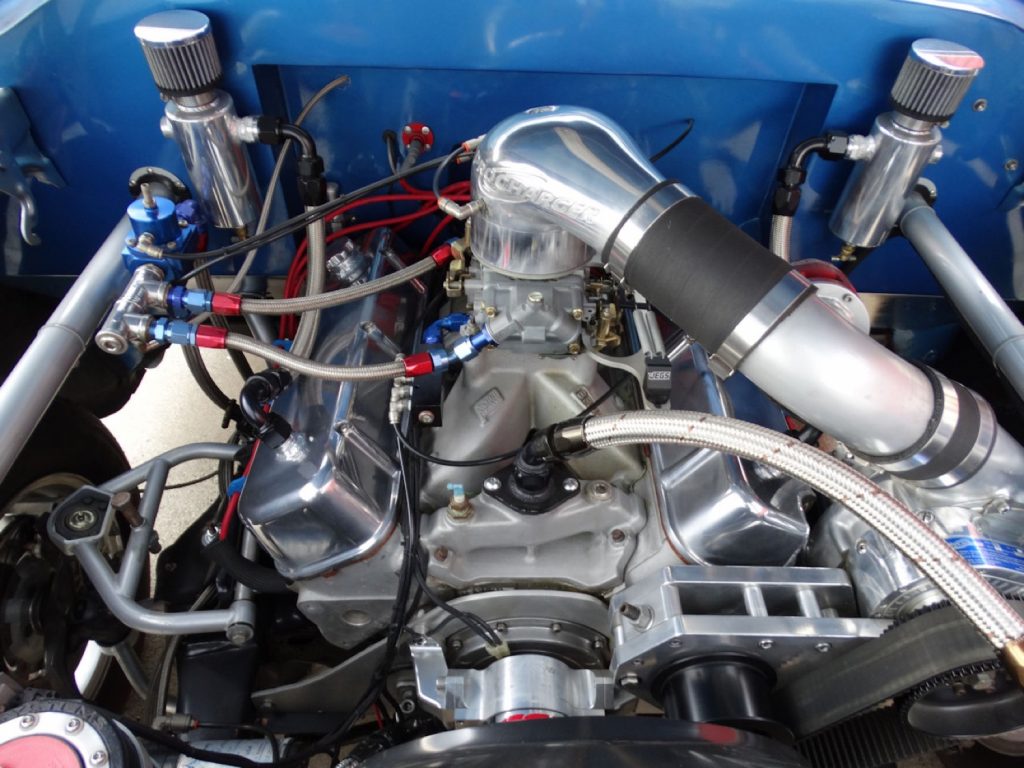 Pop the hood, and things become clear. Providing the motivation in this dragster Chevy Apache is a 540 cubic-inch Merlin V8 engine, which gets stuffed by an F-2 Procharger blower. With its 990 blow-through carb and alcohol injection, the seller claims this setup will throw down an impressive 1,250 horsepower. Critically, it’ll run on either 110 VP race fuel, or 93 octane, if that’s your fancy.

The seller also claims this Chevy Apache has never been to a drag strip, but rather, it’s “only been to car shows and a little joy riding.”

Harnessing all that muscle is a Powerglide transmission, 33 spline axles, a Dana 60 rear end, and 3.73 gears.

“Whether you’re red lighting or staging to tree your opponent at the strip, this Apache will get the job done,” the seller states. 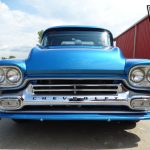 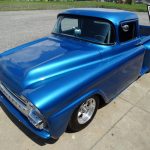 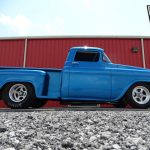 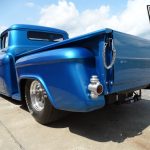 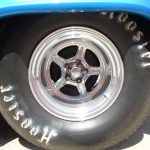 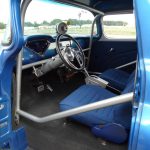 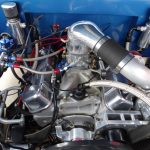