Before we launch into this, we should probably give the standard disclaimer: for now, there’s no indication that General Motors will actually produce a two-door 2021 Chevy Tahoe, Z71 or otherwise. As such, this particular rendering was done just for fun to see what such a thing might look like.

With that covered, let’s dive right in. 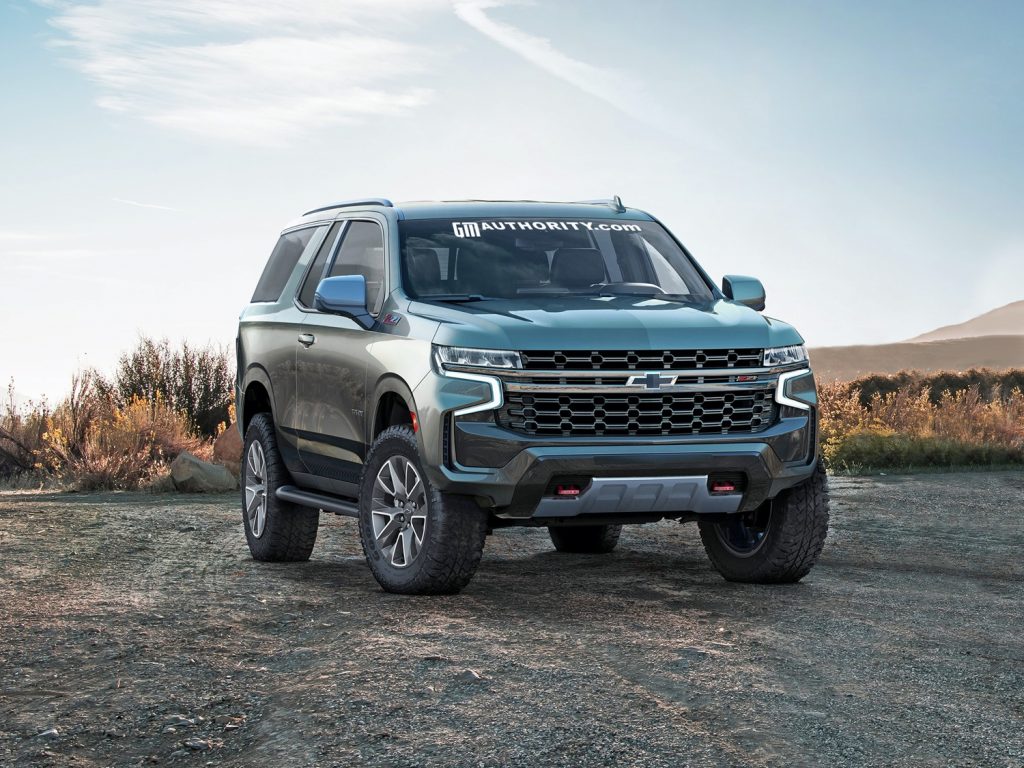 Compared to the rest of the 2021 Chevy Tahoe lineup, the Z71 trim level gets a distinctly off-roader spin. That includes a revised exterior design, with a new front fascia treatment that gives the Tahoe a bold, rough-and-ready aesthetic. A red-and-silver Z71 badge is mounted in the center dividing bar of the grille next to a black Bow Tie badge mounted front and center, and a prominent skid plate is mounted in the lower bumper between a set of red tow hooks.

The rest of the revised 2021 Chevy Tahoe fascia is present and accounted for, including thin upper lighting elements and C-shaped lighting signatures.

Unfortunately, the Z71’s unique front fascia prevents it from offering the new 3.0L I6 LM2 turbodiesel Duramax engine option, as we’ve covered previously. However, the trade-off is that it affords the SUV a higher approach angle, which helps with regard to the vehicle’s off-road capability. 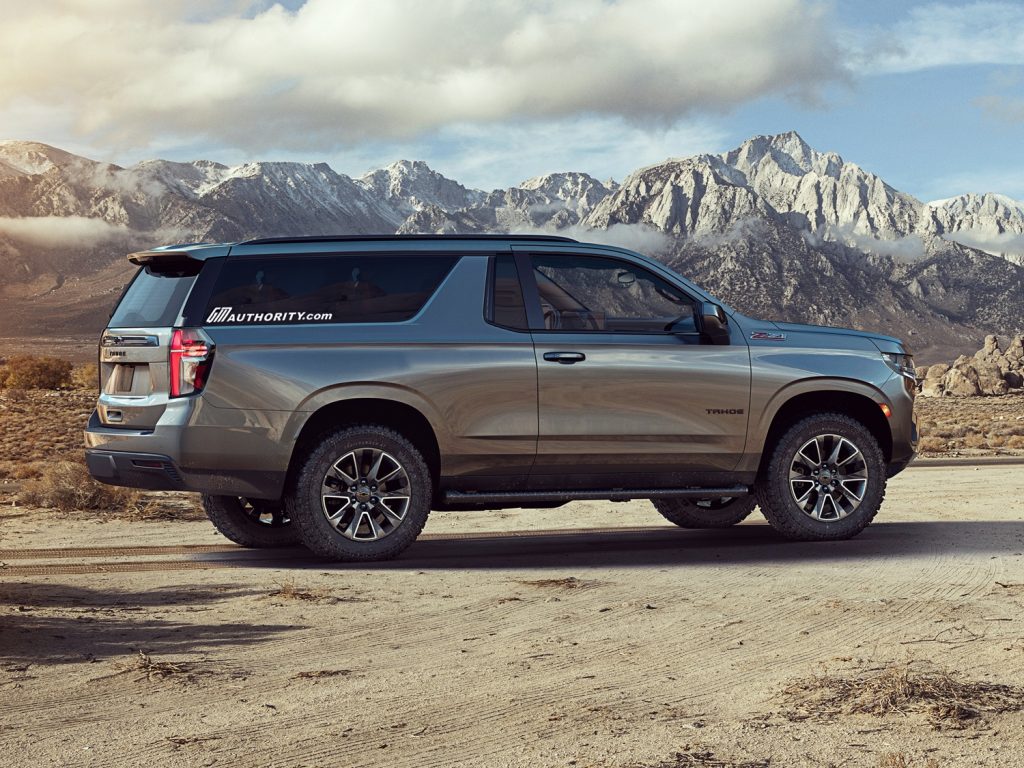 Speaking of which, our two-door Chevy Tahoe Z71 also comes with the usual 20-inch wheels, which are once again wrapped in all-terrain tires. This wheel-and-tire combo looks great under the fenders of the off-road-oriented SUV, and play well with the Z71’s black and black chrome accents.

The profile view also does well to show off our rendering’s two-door body configuration, with the standard model’s fin-shaped C-pillar moved forward to rest against the front doors. The rear glass section is then extended rearwards all the way to the hatch.

The 2021 Chevy Tahoe Z71 was introduced last December, ushering in a brand-new fifth generation with a complete overhaul (re-engineering and redesign) for the SUV nameplate. In addition to a new look and fresh interior layout, the 2021 Chevy Tahoe also features a new underlying architecture, namely the GM T1 platform. Production takes place at the GM Arlington plant in Arlington, Texas.

What are your thoughts on this GM Authority two-door Chevy Tahoe Z71 rendering? Let us know by voting in the poll, and subscribe to GM Authority for more Chevrolet Tahoe news, Chevrolet news, and around-the-clock GM news coverage.