Earlier this year, GM Authority reported that the final Chevy Impala produced had rolled off the line at the Detroit-Hamtramck Assembly plant in Michigan. Not only was that particular vehicle the last unit of the tenth-generation model, but it as also possibly the last Impala ever made following the nameplate’s discontinuation in favor of more popular body styles like crossovers, pickup trucks, and SUVs. Now, we’re taking a look at this gorgeous Chevy Impala rendering, which shows the nameplate in jaw-dropping concept form. 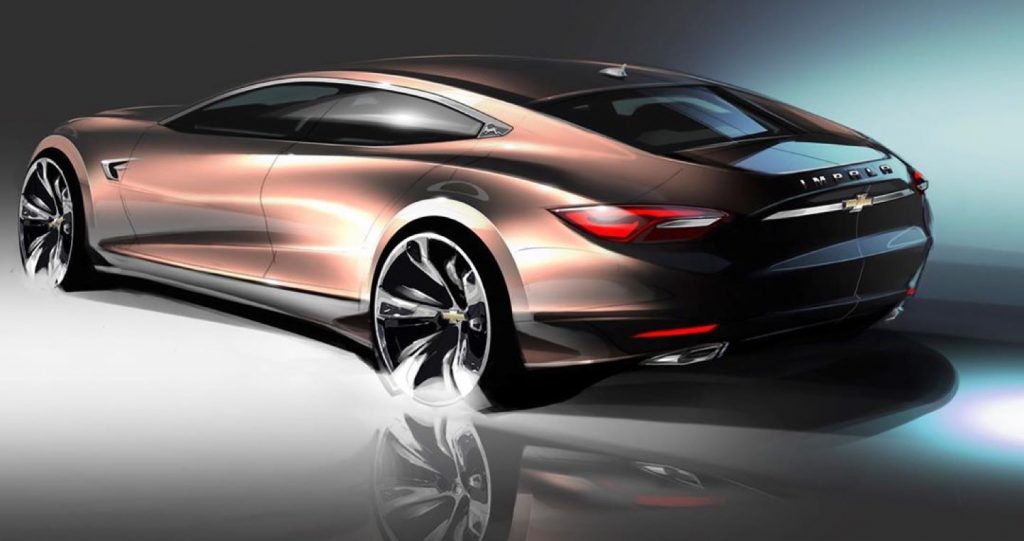 Recently posted to social media by the official GM Design Instagram account, @generalmotorsdesign, the rendering was created by Geoffrey Richmond in 2013, and shows what appears to be the Chevy Impala concept that provided inspiration for the final tenth-generation vehicle. The rendering is stunning, offering a taut, futuristic look that simply demands attention.

The fascia gets a number of styling cues seen on modern production vehicles – for example, the sharp, angular headlamp housings draw back into the fenders on either side of the vehicle, while a multi-level grille treatment mixes chrome and black styling bits. The Chevy badge up front is done in blue, matching the headlamps and paint color. 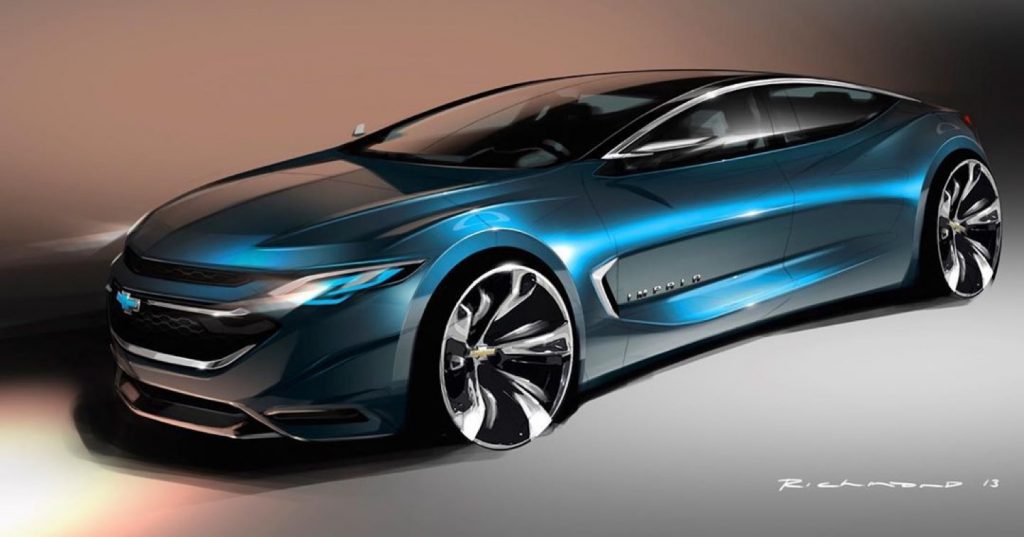 The profile is dominated by enormous wheels riding on ultra-low-profile tires. The long hood line reaches rearwards towards a low, sloping roofline, with the ultra-thin sideview mirrors and the window trim done in polished metal. Lower on the fender, we also see a polished hash mark outlining a prominent styling indent, with the Impala nameplate proudly on display. The rear fenders are also generously proportioned, adding to the vehicle’s sporty silhouette.

Unfortunately, General Motors currently has no plans to reintroduce the Chevy Impala nameplate, but that doesn’t mean it’s gone forever. The Impala has been shelved twice before, and could come back sometime in the future. If it does, we certainly wouldn’t mind if it looked something like this gorgeous rendering.

Are you a fan of this Chevy Impala concept? Let us know in the comments, and make sure to subscribe to GM Authority for more Chevrolet Impala news, Chevrolet news, and around-the-clock GM news coverage.