Per the recent interview, Dauchy tells GM Authority Executive Editor, Alex Luft, that the new Cadillac Lyriq design will introduce fresh styling language for the brand. More specifically, the vehicle will incorporate “bold proportions” that integrate with Cadillac’s signature styling cues, such as vertical lighting signatures up front and in the rear, as well as expressive creases along the sheet metal.

When asked if the Cadillac Lyriq design will take after the unnamed concept EV that debuted back in January of 2019 at the Detroit Auto Show, Dauchy responded that the Lyriq would do it “justice,” and that everything seen in the concept would be “brought to life.”

“The concept car does those justice,” Dauchy said with regard to the unnamed Cadillac EV concept from 2019. “Everything that was hinted at in those images is brought to life, but once you see the production car, it’s hard to go back and look at those images. What you will see in real life does it justice and then some. A lot of times this doesn’t happen, but this will go above and beyond.”

As a reminder, the Cadillac Lyriq EV will be based on the new GM BEV3 platform, and is expected to have more than 300 miles of range between plugs. The exterior sizing will slot in between the Cadillac XT5 and Cadillac XT6, while the cabin will come equipped with a massive 33-inch display similar to that of the all-new 2021 Cadillac Escalade. A U.S. launch is expected in 2022 for the 2023 model year. 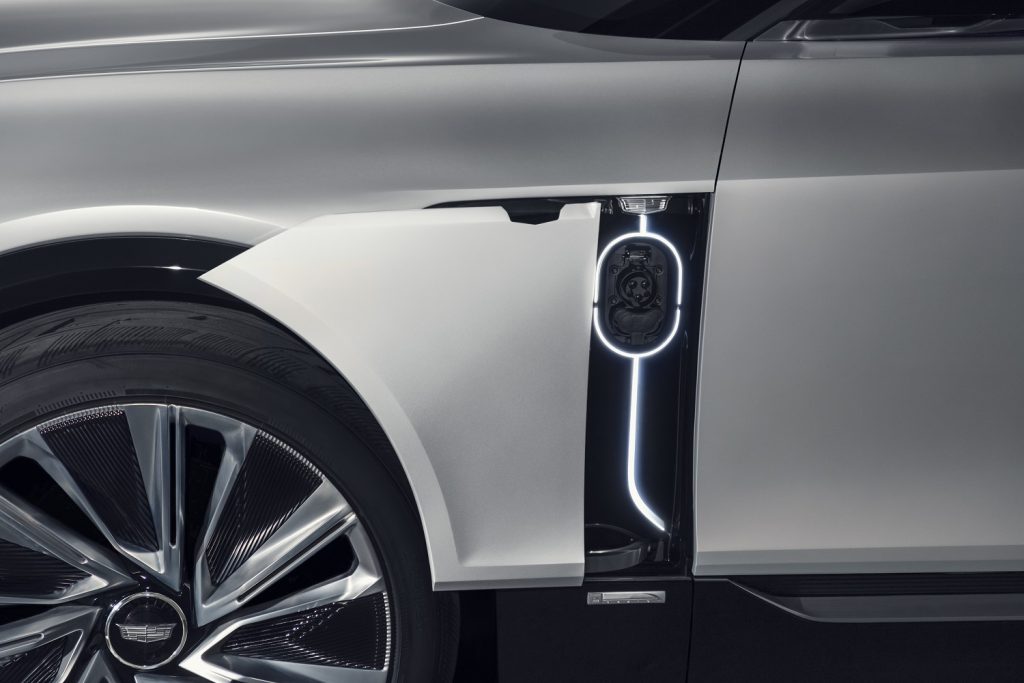 We’ll soon get to see for ourselves if the upcoming Cadillac Lyriq design does indeed live up to expectations, as it’s slated to debut Thursday, August 6th, at 7 PM EST. Make sure to check back in, as we’ll have more content on Caddy’s first-ever EV posted soon, and don’t forget to subscribe to GM Authority for more Cadillac Lyriq news, Cadillac news, and 24/7 GM news coverage.