Byron’s win was enough to secure the first of the last two playoff spots that were still up for grabs heading into Saturday night. The other spot was filled by Matt Dibenedetto, who finished 12th after a late multi-car wreck that set up an overtime finish. That wreck collected the No. 48 of Jimmie Johnson, who was previously in contention to take the final playoff spot before getting collected in the 11-car pileup. This will be Johnson’s last Cup Series season, though the seven-time champion is hopeful that he can still take a win in 2020 before stepping away from the sport for good. 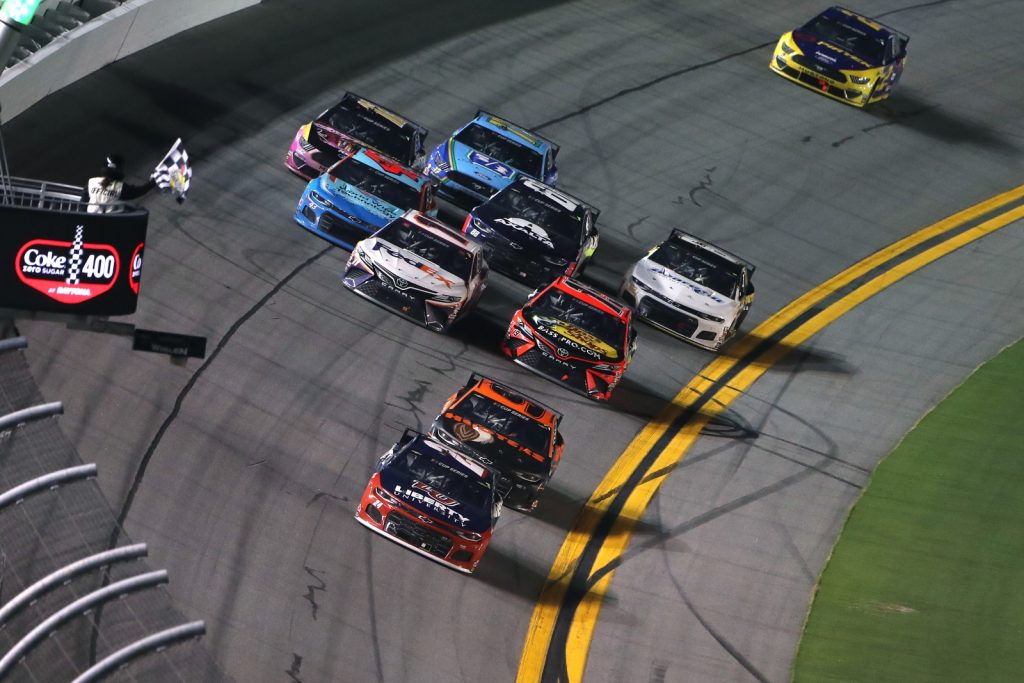 While Johnson was disappointed with the outcome of the race, the series veteran was happy to see his Hendrick Motorsports and Chevrolet colleague take his first victory and lock in a playoff spot.

“First and foremost, congratulations to my teammate for getting his first Cup win like that,” Johnson said. “This setting and the drama that goes into it, that’s a big win for [crew chief] Chad Knaus and William Byron, really happy for those guys.”

“I really feel like we had a way to transfer to win or point our way in the way it went the first two stages and things just got ugly in Turn 1. Unfortunate, but that’s plate racing.” 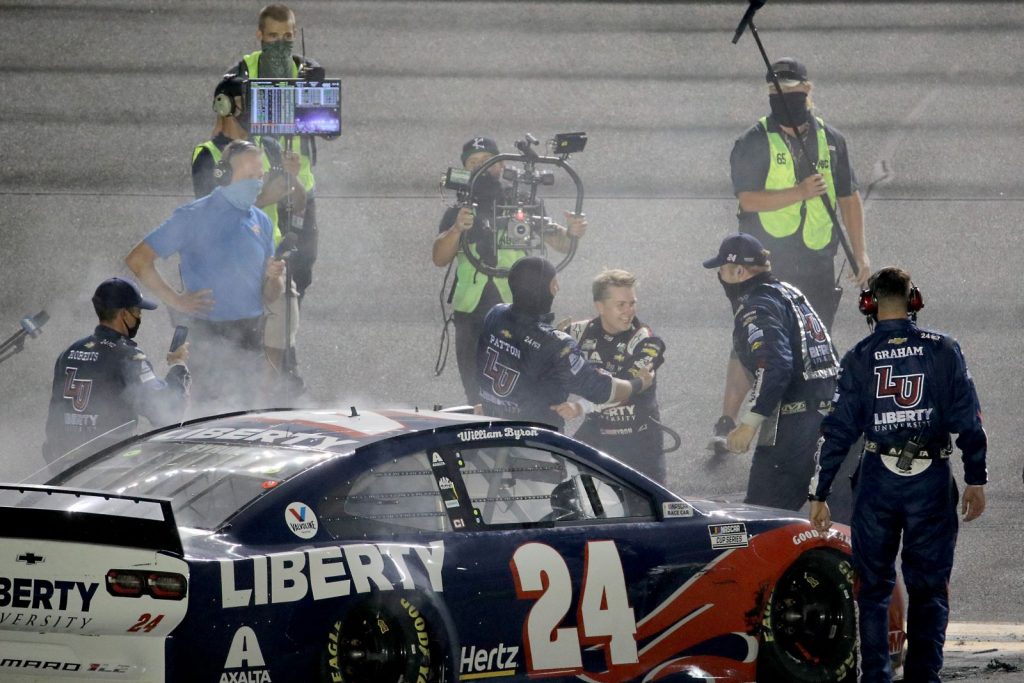 Byron moved into the lead on the overtime restart, with his No. 24 Chevrolet Camaro ZL1 surging ahead of the No. 11 Joe Gibbs Racing Toyota Camry of Denny Hamlin when the green came out. As a portion of the field wrecked behind them, Byron was able to hold off Hamlin and teammate Chase Elliott to take the win.

Elliott crossed the finish line behind Byron to give Chevrolet a 1-2 finish in a year that has so far proven tough for the Bowtie Brand. Hamlin was third, while Martin Truex Jr. was fourth and Bubba Wallace fifth. 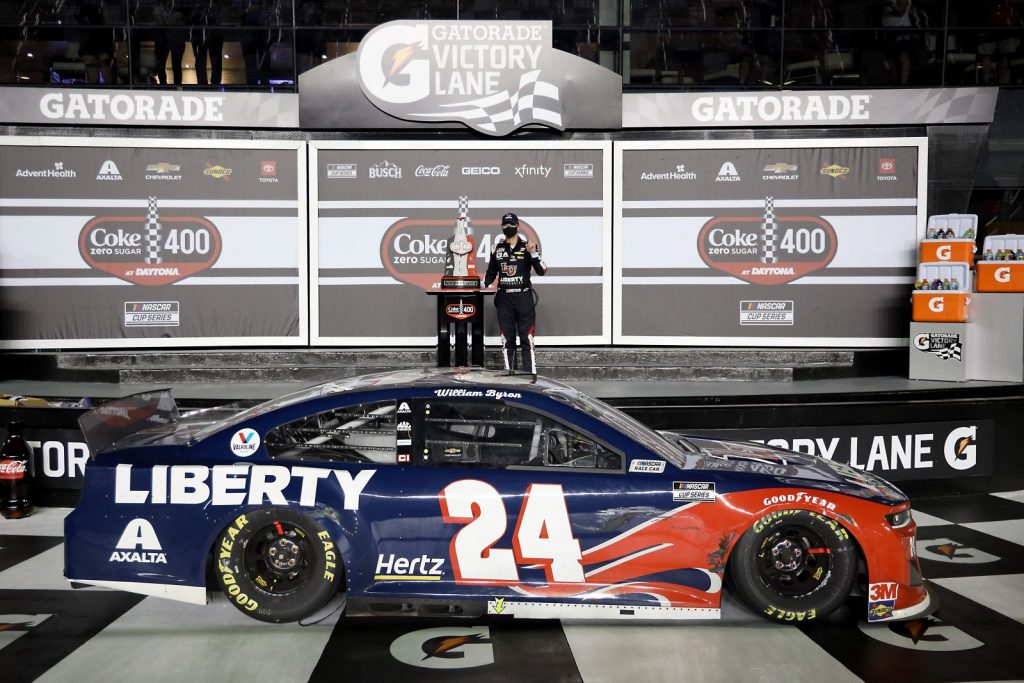 NASCAR heads to Darlington next for the Cook Out Southern 500 on September 6th. Click here for full results from the Coke Zero Sugar 400 and check out the video embedded below for complete highlights.