Between the pandemic, raging wildfires, and civil unrest, there’s certainly no shortage of things to worry about these days. Indeed, reading about these things in the news can be a totally overwhelming experience, possibly blunting the senses to “smaller” calamities. Perhaps that’s the case presented here in the following short video, which shows a Chevy Silverado engulfed in flames on the side of the road, all while a pedestrian strolls by seemingly unperturbed. 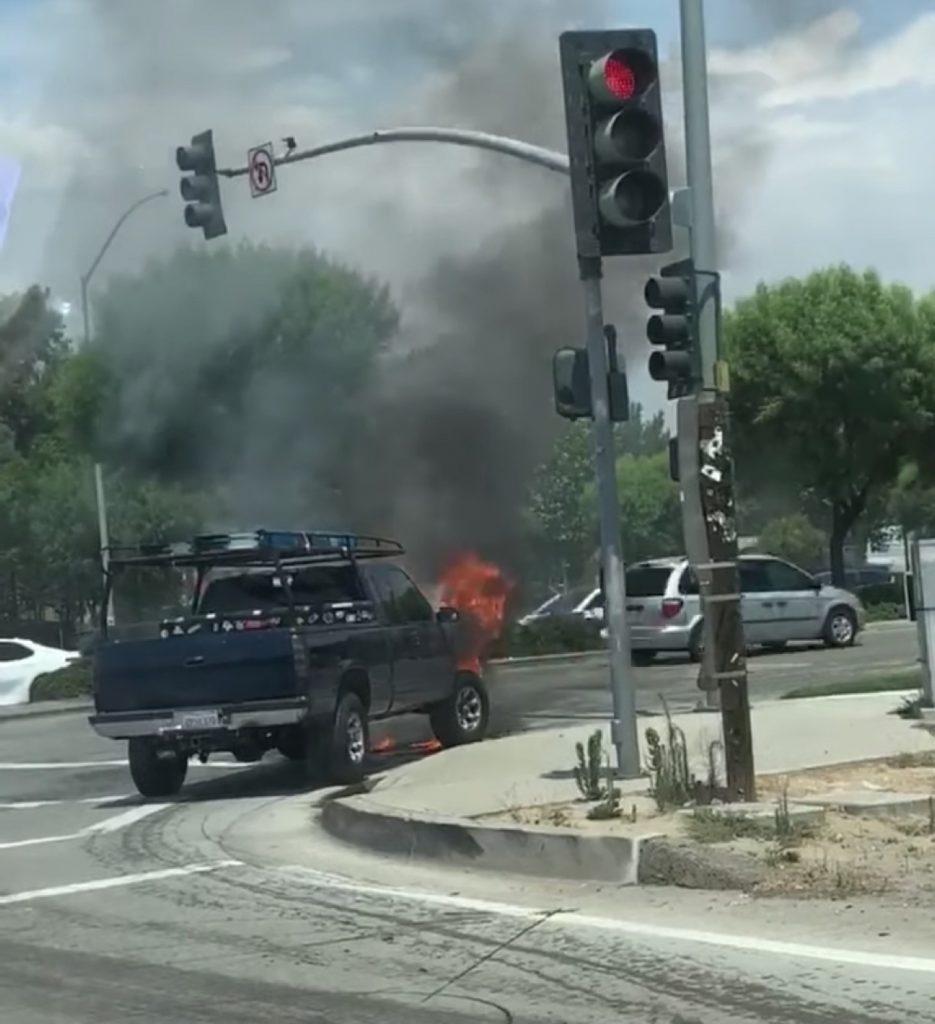 According to the video description, the incident occurred on August 18th, 2020, in the Southern California city of Rancho Cucamonga. The video shows a  dark-blue Chevy Silverado parked at an intersection with huge flames writhing out of the engine bay, a long column of smoke rising above it. As the scene is documented by a passing motorist, a pedestrian walks by seemingly without a second thought for the burning pickup. 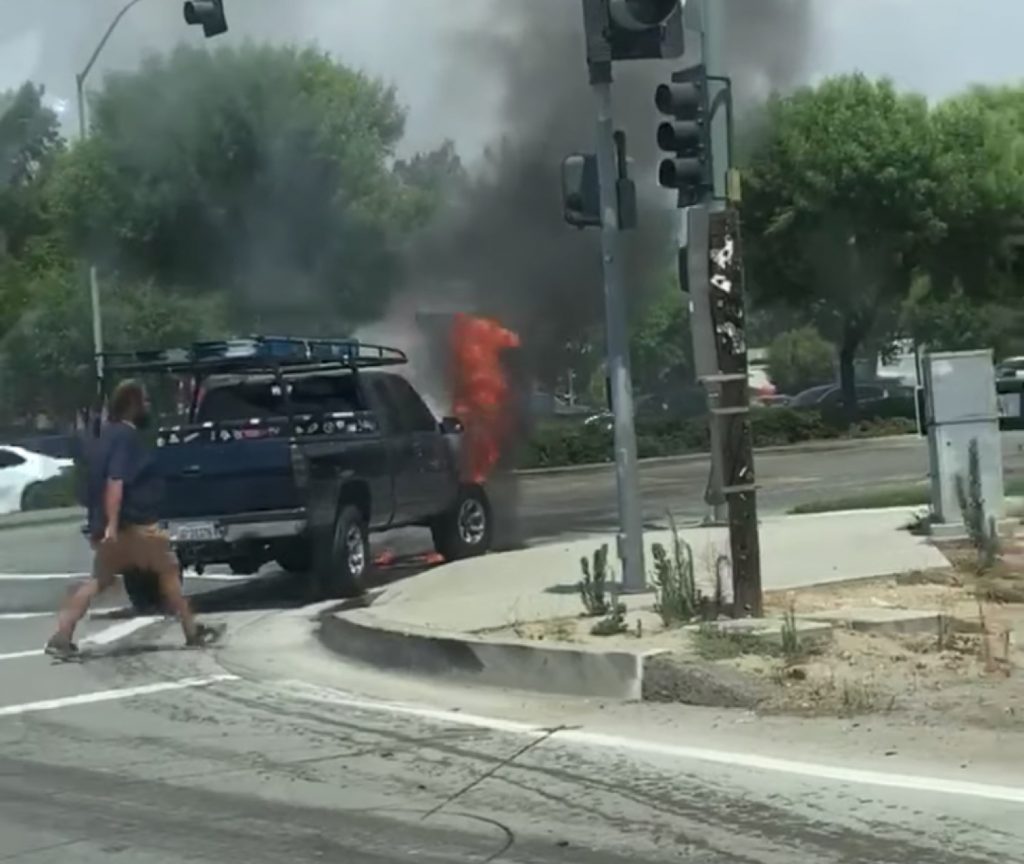 “We pulled up to an intersection where there was a car with a raging inferno coming from the hood,” writes the folks who captured the scene on camera. “As we sat there a man casually strolled past the car like it was nothing.”

Indeed, it’s a bit odd to see the pedestrian walk past this burning Chevy Silverado like it was a billboard for car insurance or something. We see the man start to turn his head slightly as he moves out of frame, but that’s pretty much the only reaction he gives. 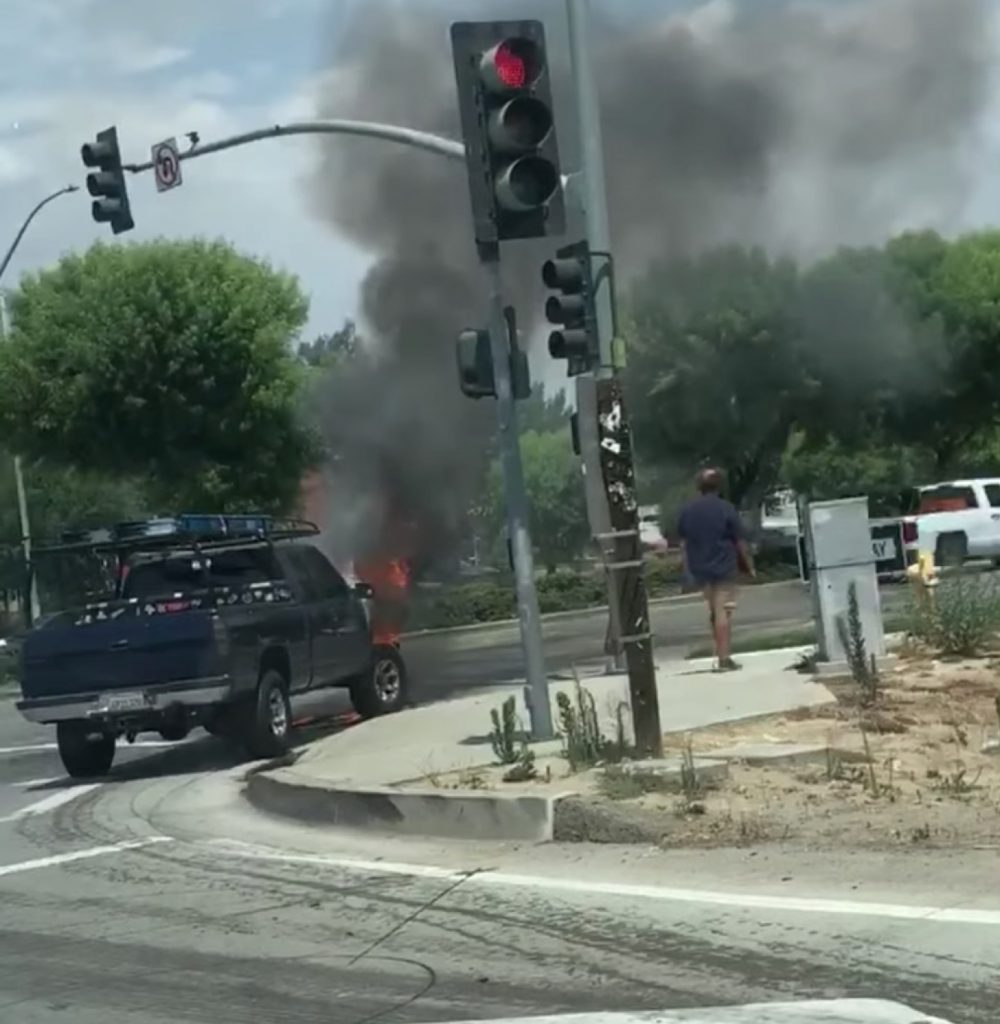 It’s unclear from the video exactly what happened here or how the situation was resolved. However, given the recent heat wave sweeping through the Golden State, it’s certainly possible that extreme high temperatures contributed to the fire.

Either way, we hope the driver of this burning Chevy Silverado got out of harm’s way safe and sound.

How would you have reacted to this scene? Let us know in the comments, and subscribe to GM Authority for more Chevrolet Silverado news, Chevrolet news, and around-the-clock GM news coverage.