Anything can be fast, and we do mean anything. All it takes is a little time and money (or, as the case may be, a lot of time and money) to make even the most boring of land yachts into neck-snapping speed machines. Such is the case with the Buick Roadmaster wagon featured here, which now looks to have the right stuff to haul way more than just groceries. 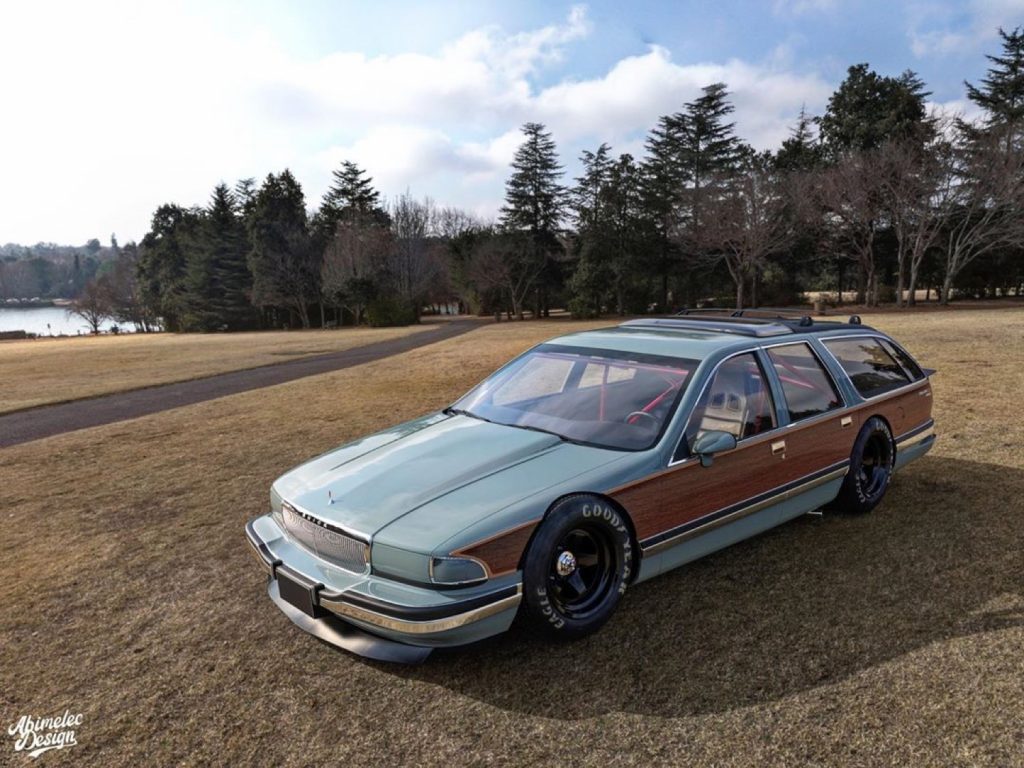 Posted as a rendering by digital automotive designer Abimelec Arellano (@abimelecdesign), this Buick Roadmaster is a straight-up long-roof race car.

“I wanted to do something on a NASCAR chassis for a while now, and the Buick Roadmaster was a perfect candidate,” the artist writes. 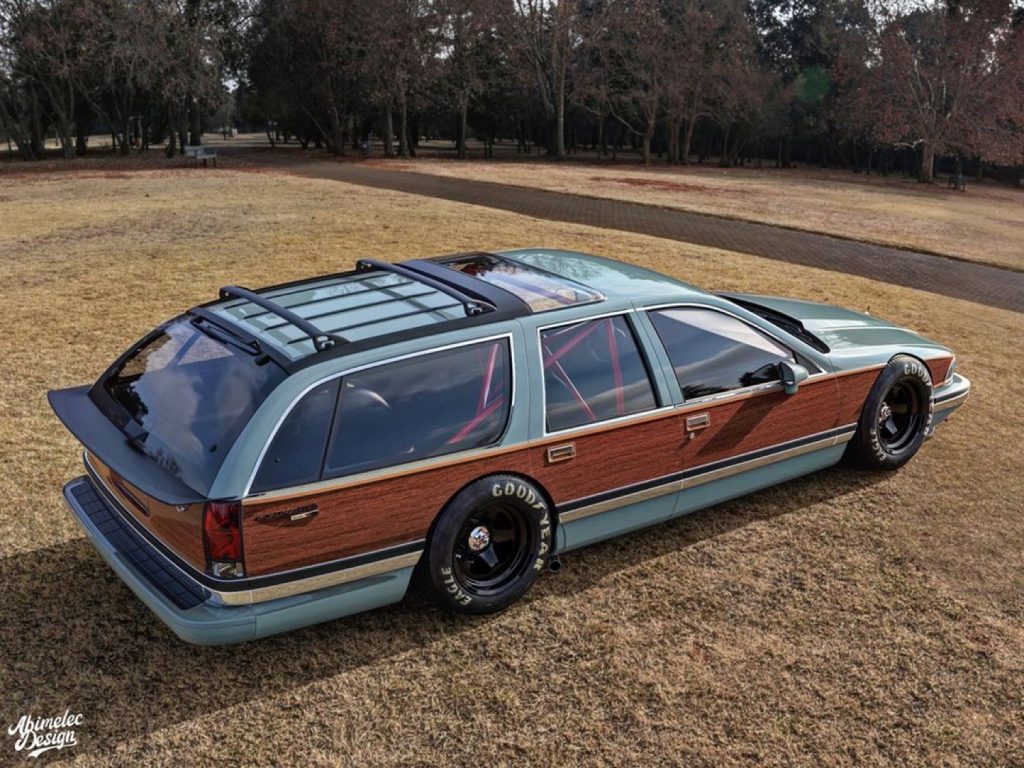 Outside, this Buick Roadmaster racer looks surprisingly factory. Sure, it’s slammed to the ground, boasts a prominent front air dam and rear spoiler, and it’s got massive Goodyear meats in the corners, but it’s also got a roof rack, chrome grille, and wood paneling along the flanks. Not too many racing machines with stuff like that out there. Interestingly, the artist decided to cut up the fenders and wheel wells in order to accommodate all that rubber, which also maintains a relatively stock appearance. 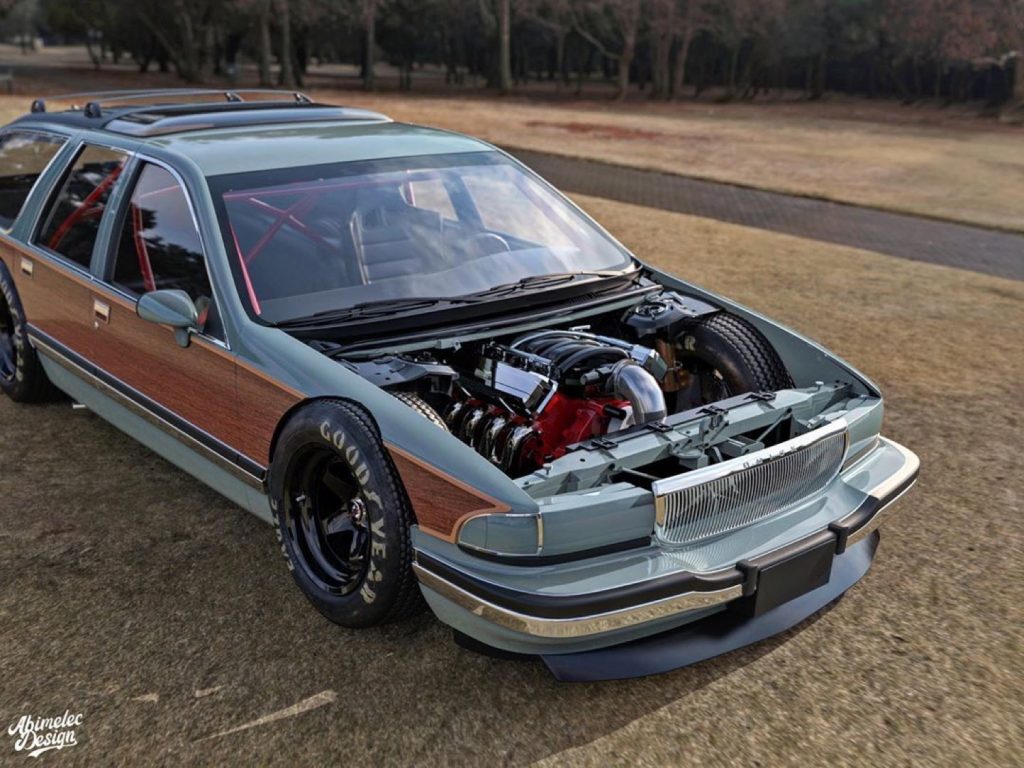 That said, there’s plenty of features on this thing that point to its true intentions, starting with an LS V8 engine under the hood. The headlights are blanked out, and the cabin is a maze of red tubing making up a full roll cage.

“What’s a good name for this baby?” the artist asks. “Trackmaster?” 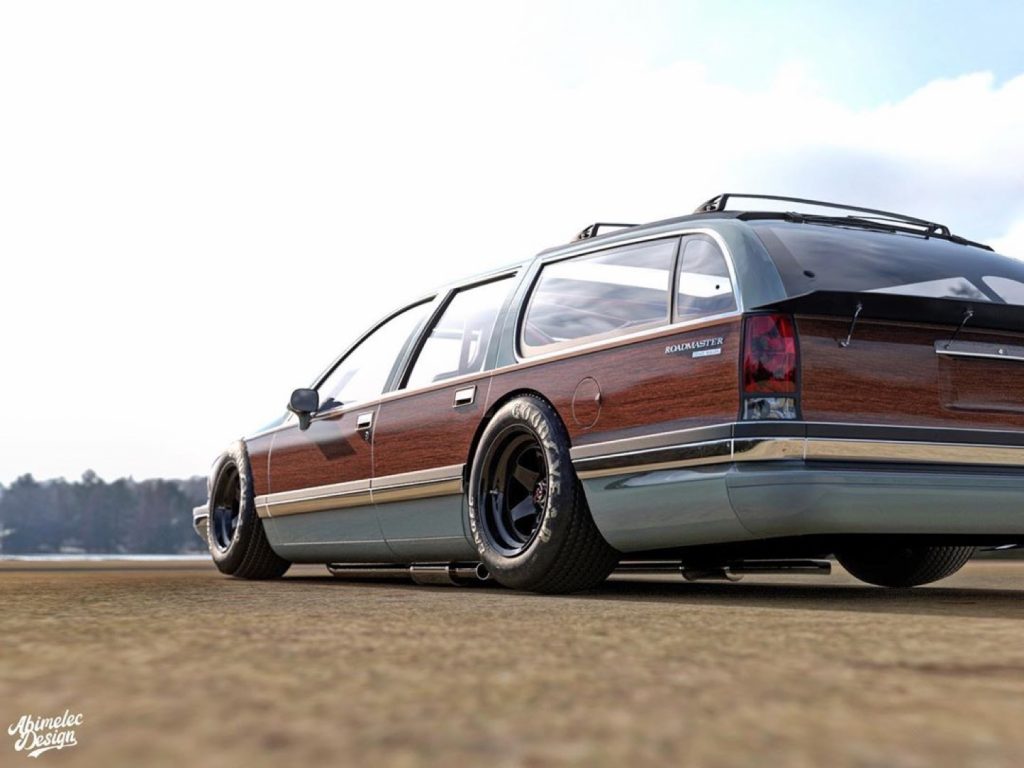 While we would love to see this thing in real life, we’ll have to settle for a rendering. That said, there are plenty of folks out there that have swapped in big, nasty V8s with the Buick Roadmaster wagon, so maybe this new rendering could provide some fresh inspiration.

I wanted to do something on a Nascar chassis for a while now, and the Buick Roadmaster was a perfect candidate. The LS is pushed back to aid weight distribution and the cut up wheel wells house massive Goodyears. Of course, the wood panels absolutely had to stay. I was experimenting with the cut up body and wheels for this rendering. Surprisingly the roof looks kinda chopped from some angles, but that’s stock, it’s all in the stance. The rims are my custom design that you’ve already seen on some of my past work. What’s a good name for this baby? Trackmaster? I hope you like it! have a great weekend 🤟 . . . . . . . . #buick #roadmaster #wagon #custom #low #nascar #track #racing #ls #fast #chopped #lowered #cage #sawzall #wood #panels #3d #rendering

What are your thoughts on this wicked Buick Roadmaster wagon rendering? Let us know in the comments, and make sure to subscribe to GM Authority for more Buick Roadmaster news, Buick news, and around-the-clock GM news coverage. 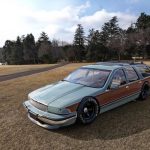 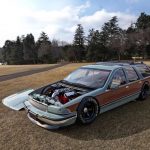 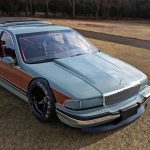 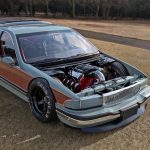 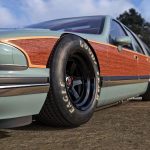 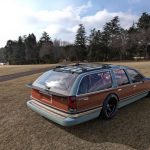 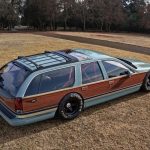 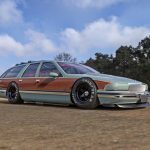 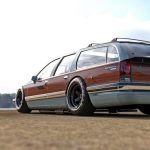