Electric-vehicle startup Bollinger Motors recently announced that it has moved to a new headquarters amid an expansion in personnel. The startup moved to its new space in Oak Park, Michigan, earlier this month. The new facility is four times larger than the company’s previous headquarters in Ferndale, Michigan.

“It couldn’t have come at a better time,” said company CEO, Robert Bollinger, in a recent press release. “We were bursting at the seams with new engineers, putting desks out in the shop at the old building; it was especially difficult to keep everyone more than six feet apart.”

The new Oak Park facility will serve as the primary headquarters for Bollinger Motors going forward. The EV startup anticipates doubling its current team of 40 by the end of the year.

Bollinger Motors is currently working towards production of several new EV offerings, including the B1 Sport Utility Truck, the B2 Pickup Truck, the B2 Chassis Cab variant, and the Chass-E commercial EV platform. The Bollinger B1 and B2 are expected to slot into the heavy-duty Class 3 segment with a gross vehicle weight between 10,000 and 14,000 pounds. As such, they will compete with the Chevrolet Silverado 3500HD and GMC Sierra 3500HD in terms of capability, if not power source.

Standout features include a tall, boxy body style, as well as an expansive cargo area capable of fitting long items thanks to a cabin pass-through.

Output will be sourced from a 120-kWh lithium-ion battery. Range is estimated to be at least 200 miles between plugs. A 180-kWh battery is expected to be optional. 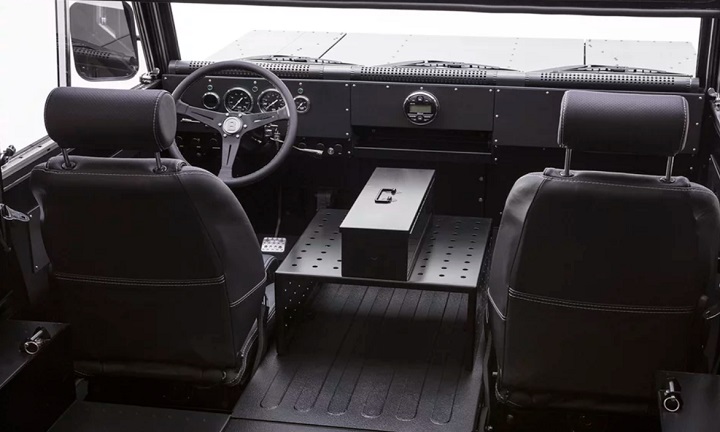 Meanwhile, General Motors is gearing up to unveil the GMC Hummer EV, which will be offered as both a full-size pickup truck similar in size to the GMC Sierra 1500, and a full-size SUV similar in size to the GMC Yukon. Maximum output will eclipse the 1,000-horsepower mark, with a sprint to 60 mph accomplished in 3 seconds. Under the skin will be GM’s BT1 platform, which is an all-electric variant of the body-on-frame GM T1 platform underpinning full-size trucks like GMC Sierra and full-size SUVs like the GMC Yukon.