Ron Hinshaw has always been a proponent of the “built, not bought” philosophy, and his skills as a mechanic and his passion for performance eventually landed him at Roger’s Rod & Customs in East Bethel, Minnesota, where he now builds hotrods full-time. Roger’s Rod & Customs specializes in restomods, and now, the shop’s latest project is this 1957 Chevy pickup slated for the heat of competition in the 2020 SEMA Battle of the Builds, as Hinshaw details in the following video. 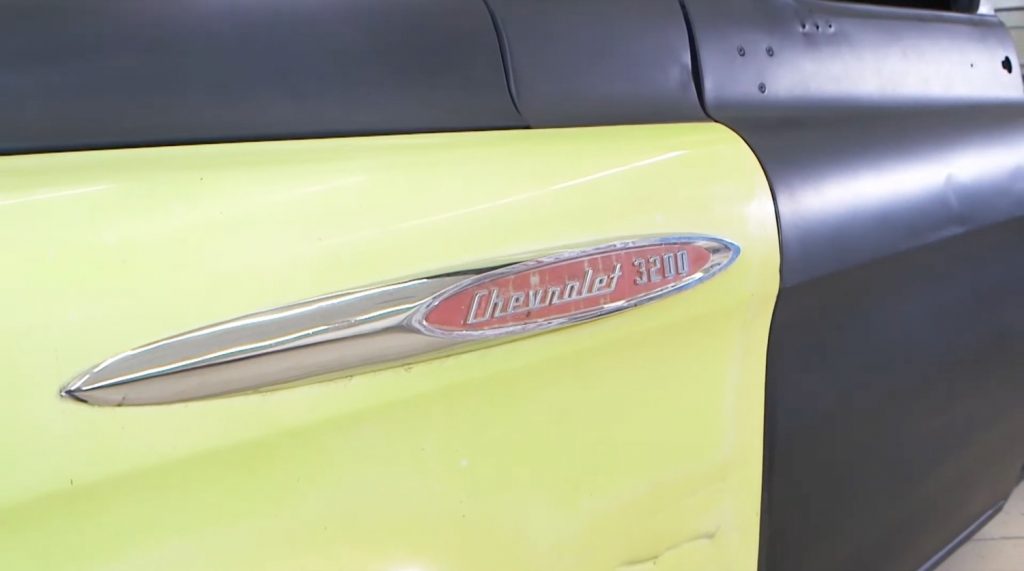 Hinshaw stumbled across this 1957 Chevrolet 3200 sitting in a barn, and promptly took it in for a series of upgrades and extras. The Chevy pickup keeps the stock chassis, while the frame was boxed. This pickup also runs C4 Corvette front and rear independent suspension via a kit from Flat Out Engineering, which made it easy to weld onto the frame. 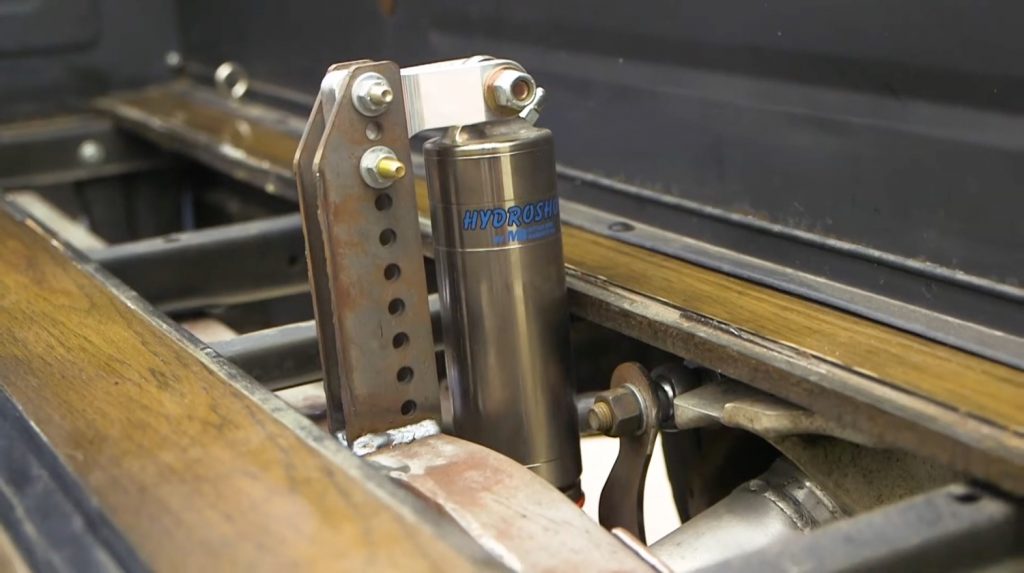 The suspenders include Mittler Brother’s Hydroshox hydraulic coilover shocks, which offer upwards of five inches of ride height adjustability. The shocks are mounted to a set of adjustable shock towers for even more flexibility, while a set of big Baer brakes occupy the corners with six-pot calipers and 14-inch rotors. 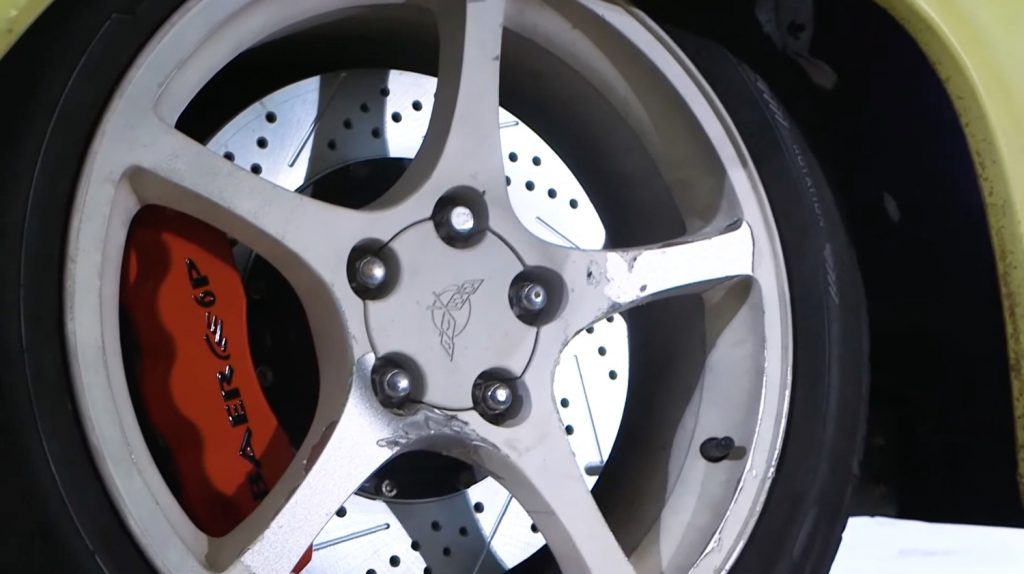 Adding in the power is a Procharger D-1X supercharger system, while Holley EFI engine management provides the cues.

Naturally, this 1957 Chevy pickup barn find had some rust that needed repair, and the wiring was updated as as well. In back, the build will incorporate a custom bed with hickory panels, while the exterior will see the door handles shaved and the gas cap crevice resealed, with the gas tank moved into the rear. While this Chevy pickup was originally covered in canary yellow paint, it’ll get a respray in Chrysler Header Orange. 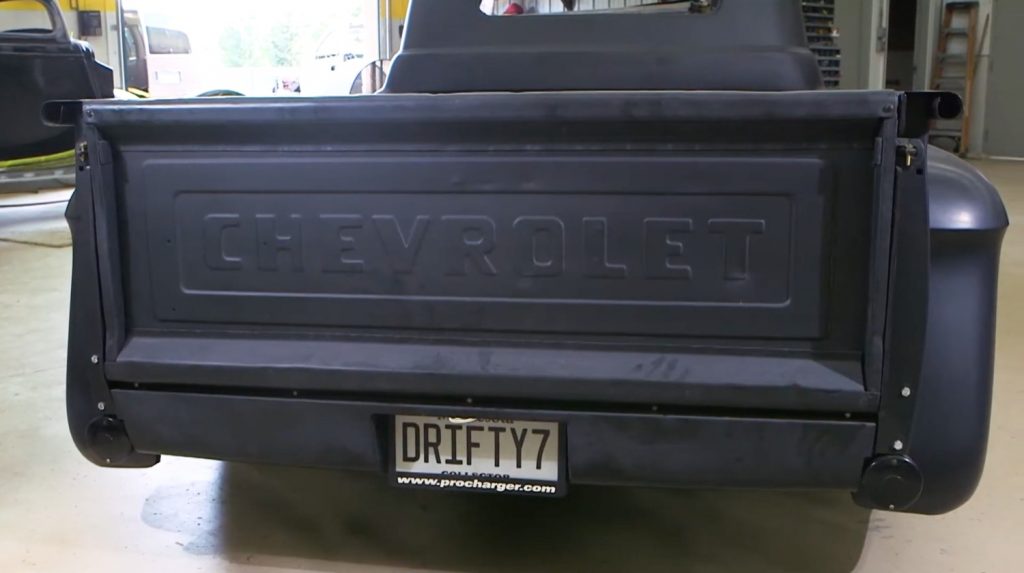 Finally, the truck will come equipped with a new dash fitted with Holley touchscreen technology, as well as a bespoke cabin treatment from Knish Kustomz.

Unfortunately, the in-person 2020 SEMA Show was recently cancelled, but organizers are moving forward with the Battle of the Builds competition, which will also include the recently featured 1966 Chevy Nova from The Custom Shop in Flanagan, Illinois.

Is this custom Chevy pickup shaping up to be a contender? Let us know your thoughts in the comments, and subscribe to GM Authority for more Chevrolet news and around-the-clock GM news coverage. 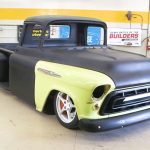 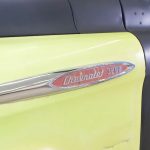 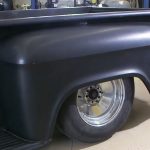 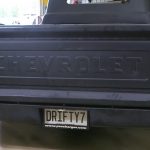 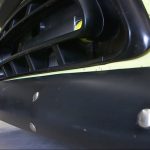 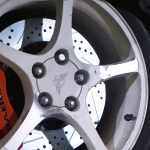 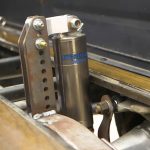 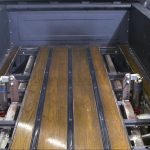 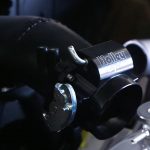 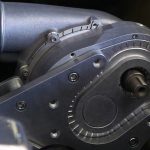