Whenever the Oldsmobile 442 is mentioned, most people probably conjure up an image in their heads of the first-generation Oldsmobile 442 – likely in “Hurst Olds” guise with the iconic gold and white paint scheme. But while this is by far and away the most valuable and well-known Oldsmobile 442, the nameplate existed in one form or another from the mid-1960s all the way until the early 1990s. 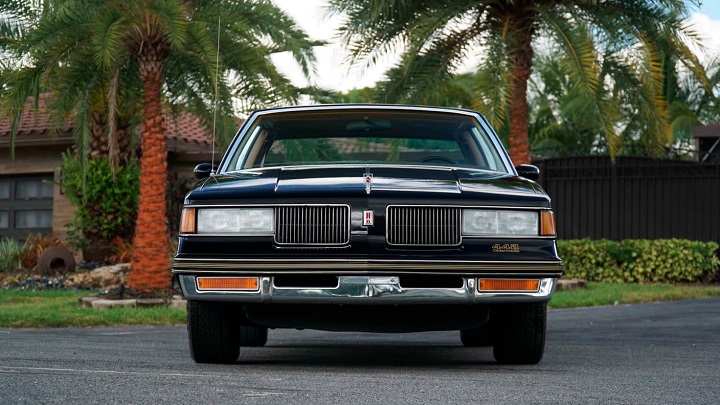 One of these less-loved Oldsmobile 442 models, a third-generation, 1987 model year example, will soon be auctioned off by Mecum. While the third-generation 442 is not nearly as sought after as the original, this is still one very cool piece of Oldsmobile history, if you ask us. With a black and gold paint scheme, gold wheels and a high-output version of General Motors‘ 307 cubic-inch (5.0L) V8 engine, the third-gen 442 managed to retain at least some of the swagger of the iconic first-generation model. 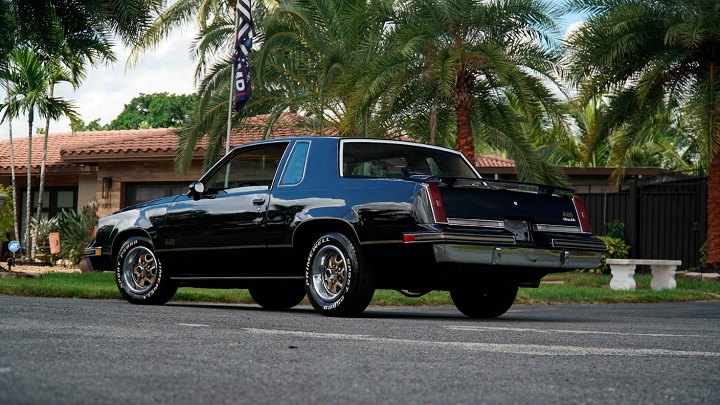 This is also a wonderful example of the third-generation Oldsmobile 442. With just 77,000 original miles, an all original exterior and interior, perfectly straight body and glistening chrome trim, one would be hard-pressed to find a better 1987 Oldsmobile 442 than this available for sale. 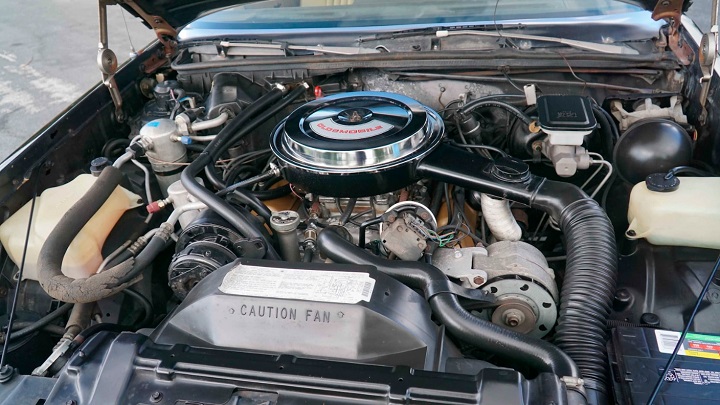 Despite this being an near-perfect example of a relatively rare muscle coupe, the collector car market hasn’t quite caught on to these 442s yet. According to Hagerty’s online valuation tool, the average 1987 Oldsmobile 442 is only worth about $13,500. That said, concourse-quality models can fetch over $40,000. We wouldn’t quite place this particular car in the concourse category due to some minor signs of wear and tear under the hood and other small imperfections, but it could easily be made into a concourse-quality car with some very simple restorative work and a good detail. 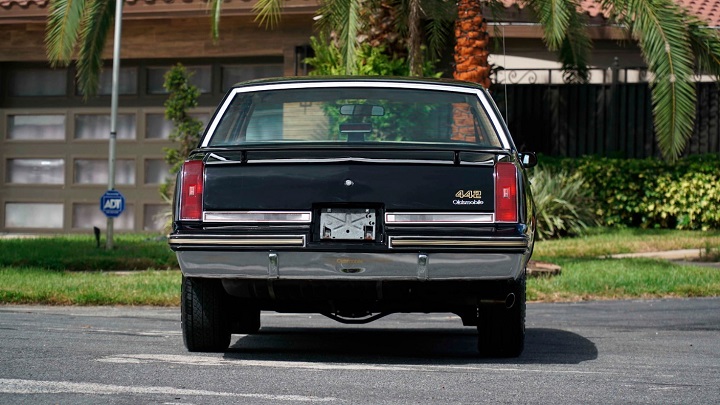 Check out the listing here for this less celebrated piece of Oldsmobile muscle car history.