The 2021 GMC Yukon arrives as an all-new fifth generation for the nameplate, offering up fresh styling inside and out, advanced features, and class-leading technologies. Production of the SUV is already underway, but limited in terms of trims and features per the vehicle’s launch schedule. Now, GM Authority has learned that Phase 2 production for the 2021 Yukon will begin September 7th, 2020, and that means more trims and options are now available to order. 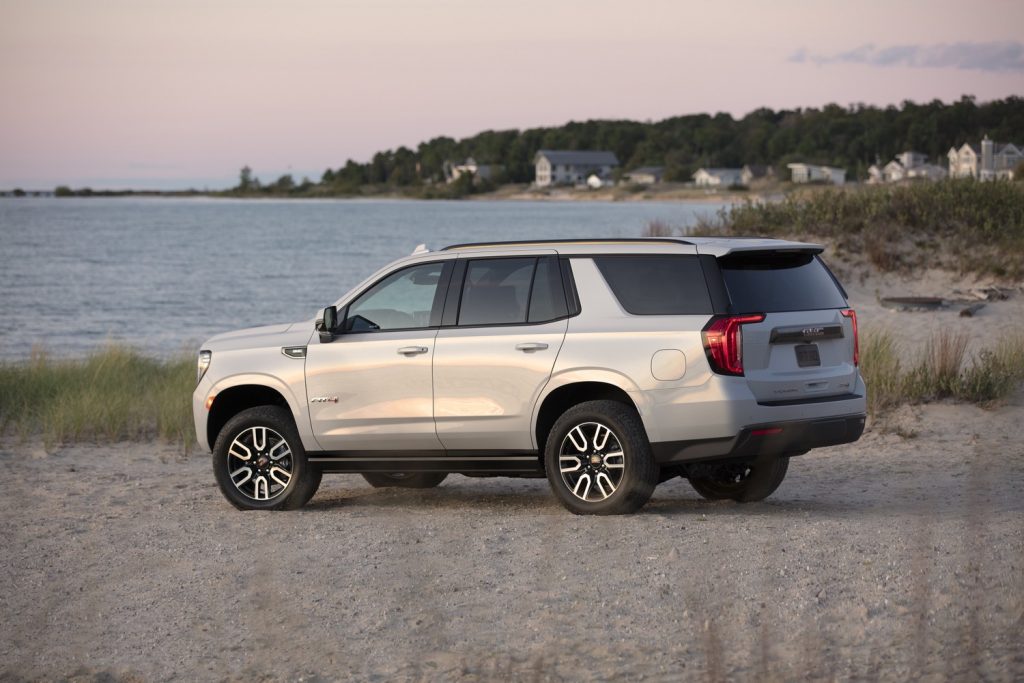 Orders are now open for dealers, opening up as of last week, August 6th.

Looking ahead, restrictions will lift roughly mid-October, which means all trims and features will be available to order. The exception to this will be the new 3.0L I6 LM2 turbodiesel Duramax engine option, which will be available in November, as GM Authority reported previously.

As a reminder, the 2021 GMC Yukon rides on the all-new GM T1 platform.

Are you excited for the new 2021 GMC Yukon? Let us know your thoughts in the comments, and make sure to subscribe to GM Authority for more GMC Yukon news, GMC news, and around-the-clock GM news coverage.