With a mid-mounted powertrain and supercar levels of performance, the 2020 Corvette was made for the track. That said, there’s some competition out there that could give Chevy’s newest performance superstar a run for its money. Take the Ford Mustang Shelby GT500, a supercharged muscle car monster with all the right stuff to challenge the C8. The question is – which is quicker around a race track? 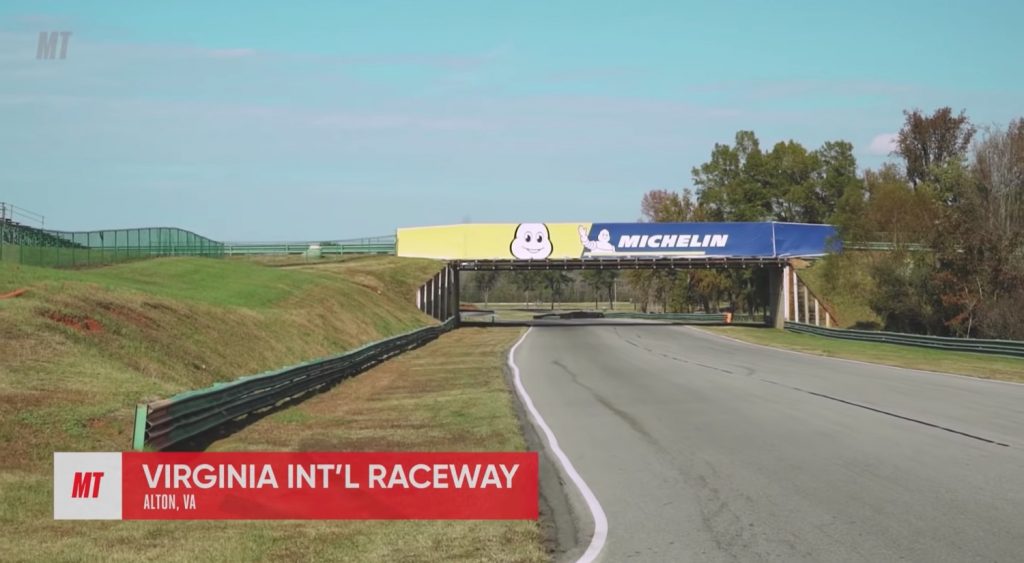 As it turns out, MotorTrend sought to answer that very question, sending racing driver Randy Pobst out to Virginia International Raceway to put in some hot laps in both vehicles. The experience is documented in the following three-minute, 19-second video. 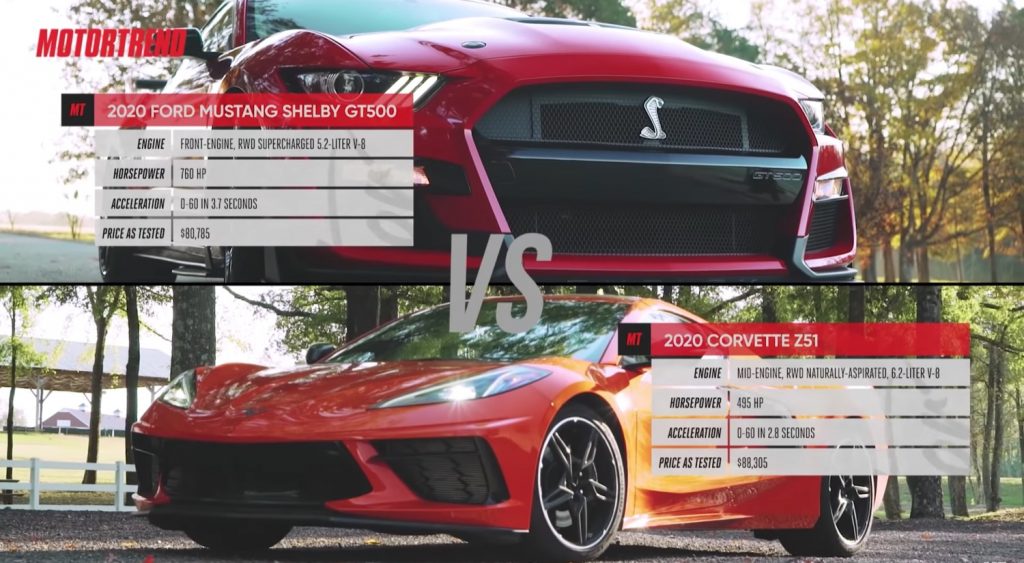 Before we get to the hot laps, a spec sheet rundown is in order. Over in the orange corner is the 2020 Corvette, which comes packing the naturally aspirated 6.2L V8 LT2 engine. Upgraded with a new exhaust from the optional Z51 Performance Package, the Vette throws down with 495 horsepower, sprinting to 60 mph in just 2.8 seconds. The package also includes new aero, heavy-duty cooling, upgraded suspension, an Electronic Limited Slip Differential, and several other bits and bobs perfectly suited for track-day duty. Price as tested is listed at $88,305. 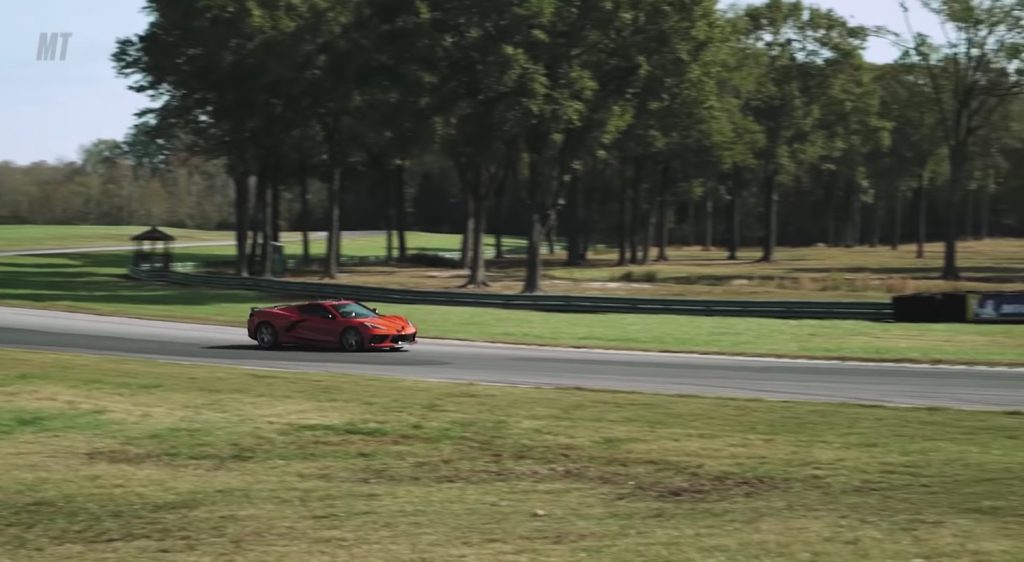 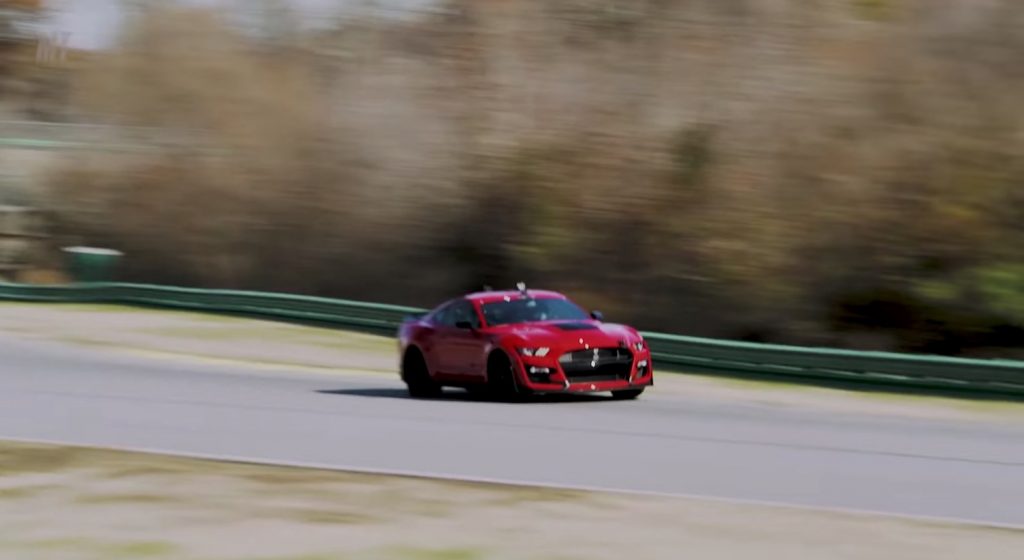 In terms of raw numbers and specs, these two machines are quite different. The Corvette is lighter and more balanced, weighing around 3,600 pounds to the Mustang’s nose-heavy 4,200 pounds. The Vette should also have better traction off the corners. However, the Mustang packs an extra 265 ponies compared to the 2020 Corvette, so picking a winner isn’t immediately clear. 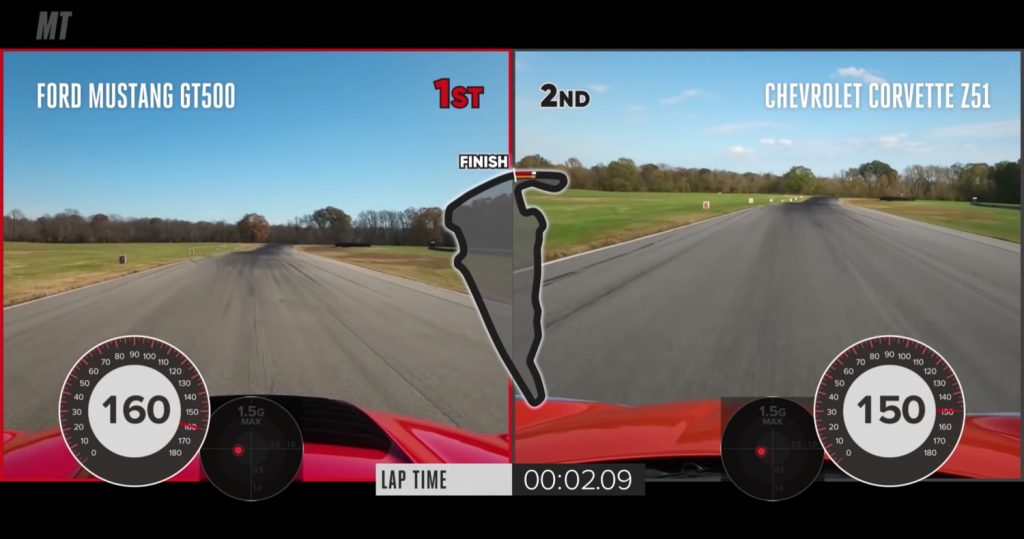 The track test shows in-car footage for both vehicles, as well as a track map with progress as both vehicles run their hot lap. As expected, the 2020 Corvette shows promise in the corners, while the Mustang brings it back on the straights. Watch the whole thing to see which car takes home the W.