Dropping a General Motors Small Block V8 into the rear of the Pontiac Fiero is a relatively easy and inexpensive way to transform the mid-engine sports car into a much more serious performance package. 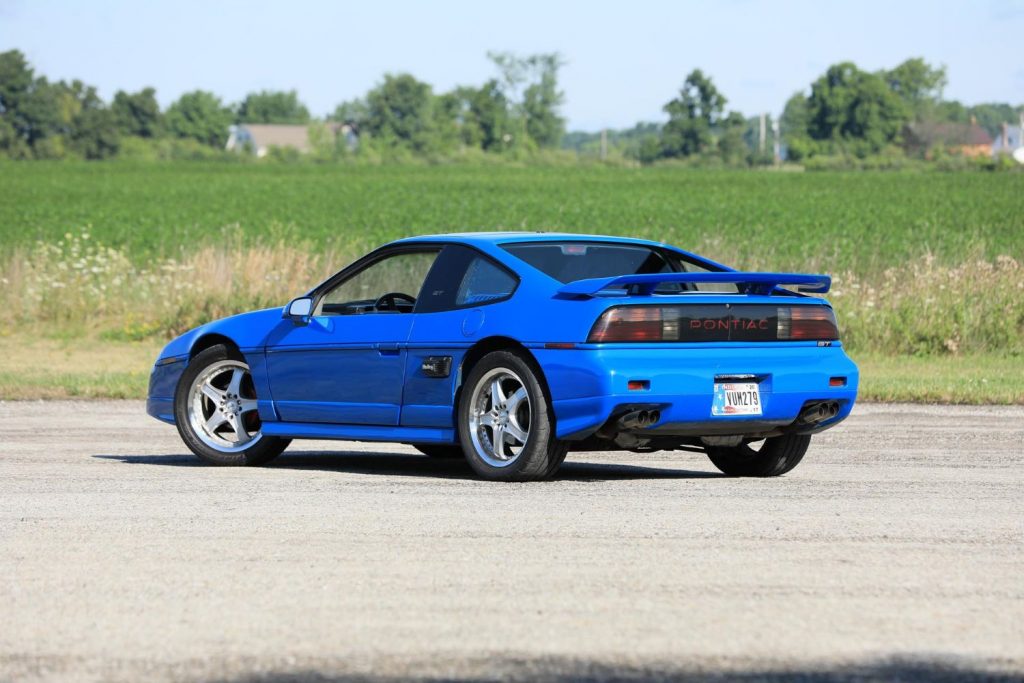 A V8-powered 1987 Pontiac Fiero GT will soon head to auction via Worldwide Auctioneers. Unlike most V8-swapped Fieros, though, this bright blue example doesn’t have a GM Small Block or some type of modern-day LS. Occupying the gap between this Fiero’s rear wheels is a 4.7L Northstar V8 lifted from a Cadillac Seville STS, which is paired with a four-speed automatic transmission that was pulled from the same Seville donor car. 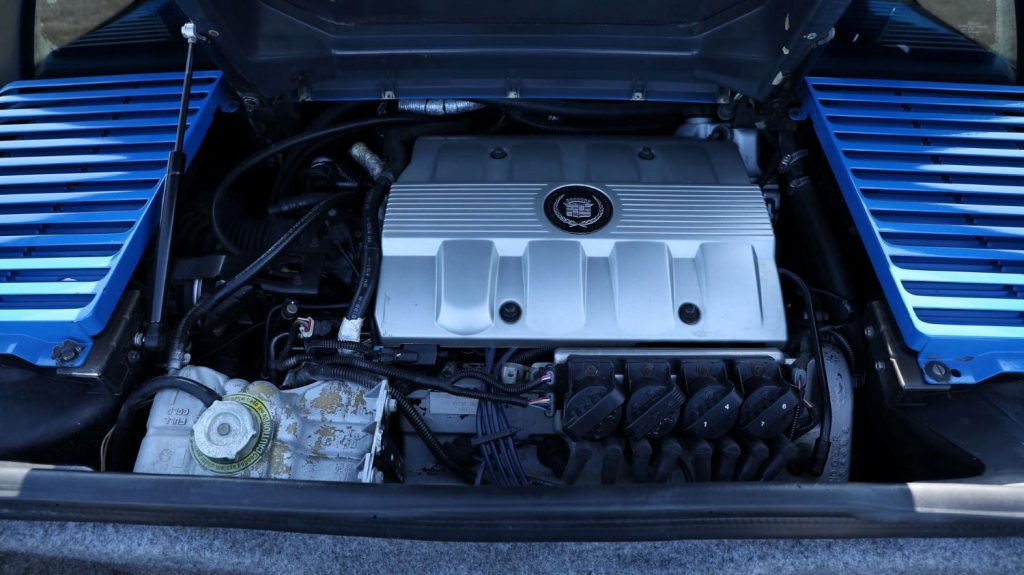 According to Worldwide Auctioneers, the V8 swap was performed by Fort Wayne, Indiana-based shop Chris Moore Engineering at a cost of around $20,000 USD. In addition to dropping in the 4.7L V8 and four-speed automatic transmission, Chris Moore Engineering also upgraded the vehicle’s axles, installed an aftermarket rear sway bar and threw on some stiffer rear coil overs to help deal with the additional weight of the Northstar engine. 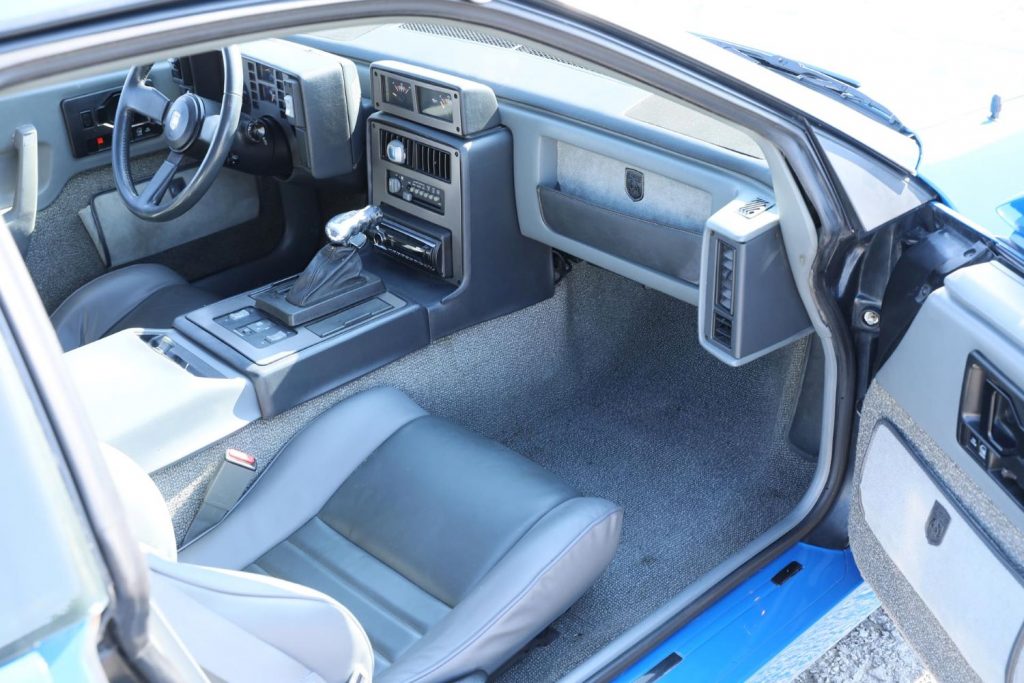 Unlike many used Fieros we see, this particular car’s interior has been very well maintained. The leather bucket seats, dashboard, carpets, door panels, steering wheel and center console are all in great shape and show very little signs of wear. There’s also a Sony head unit and aftermarket amplifier for those who would rather drown out the sound of the V8 with their album of choice. The listing says the car has air conditioning but, rather oddly, the previous owner “did not want to take away from the horsepower” and decided not to hook it up. We’re not sure why they decided to go for a Northstar V8 instead of something more easily tunable if they were so serious about horsepower, but we digress. 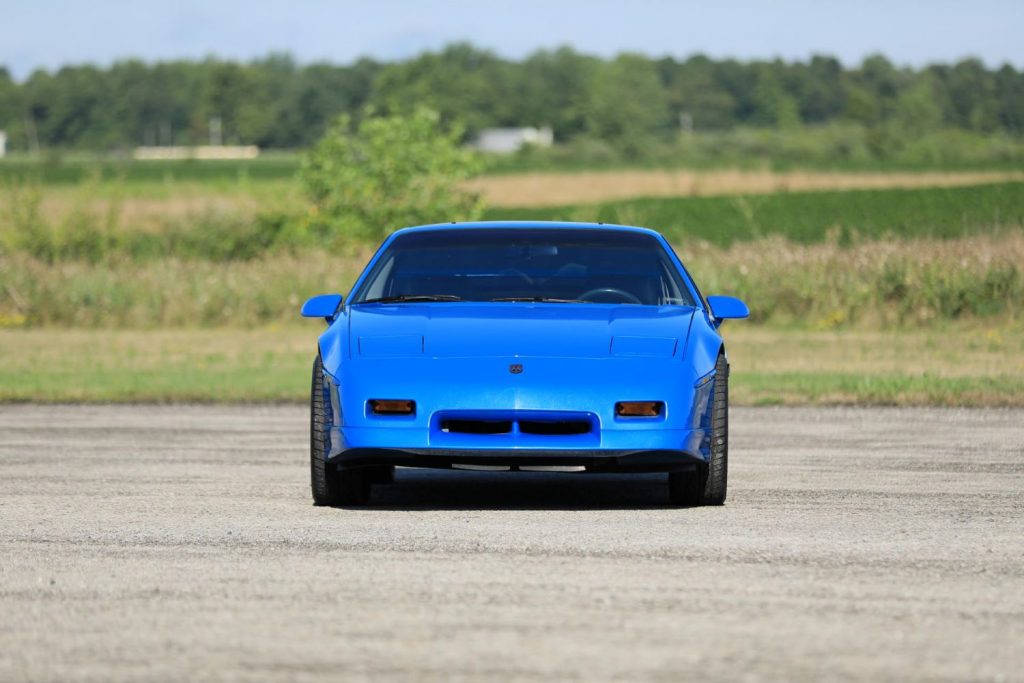 Want to know more about this Cadillac Northstar powered Pontiac Fiero? Check out the auction listing at this link.