There are some classic muscle cars and coupes that take some body modifications to give them a more striking look, but not the 1966-67 Chevrolet Chevelle. With clean lines, pronounced haunches and a confident stance, this later version of the first-generation Chevelle has a very natural flare right out of the box. 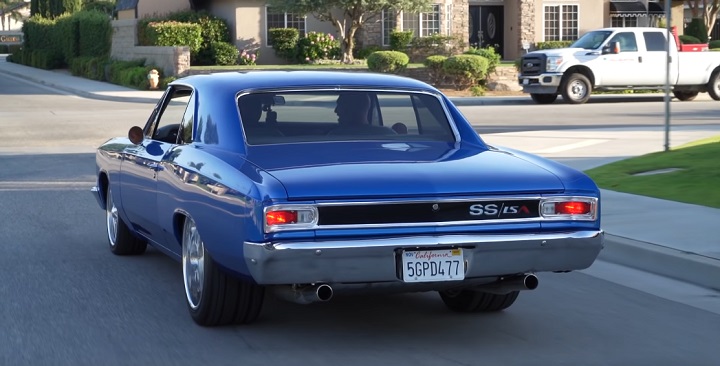 One of these early Chevrolet Chevelle models was recently featured on YouTube’s AutotopiaLA. The owner of the heavily customized mid-1960s Chevy, Butch, says the Chevelle’s styling meant they had to do very little to the car in the way of cosmetic modifications when building it. All it took to make this Chevelle look as good as it does today was some minor body straightening, a set of large polished aftermarket alloy wheels and a magnificent blue paint job. The name of this rich, eye-popping paint is a secret, Butch says, as he doesn’t want classic car community copying his unique ocean blue hue. 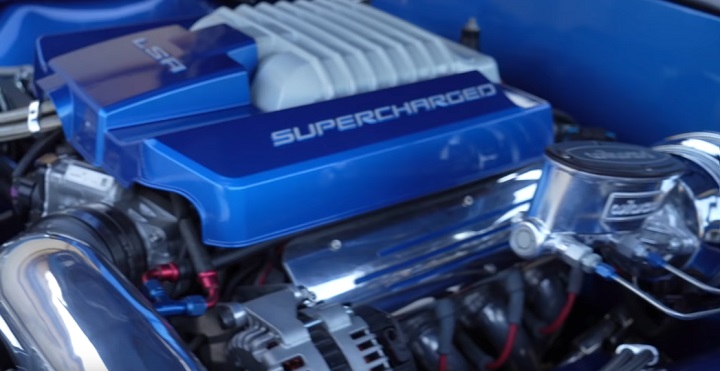 With the car needing very little in the way of custom bodywork, the builders had plenty of time to focus on the Chevelle’s powertrain. Under the hood is a built supercharged LSA V8 engine, which was been stroked to 6.7L and produces about 700 horsepower at the flywheel. Bringing things to a stop are huge 14-inch Wilwood brakes with red six-piston Wilwood calipers and a Wilwood brake booster. 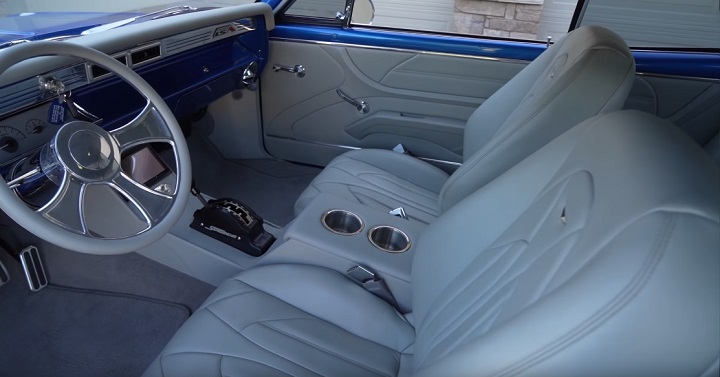 Inside this Chevelle has also been modernized with the seats from a 2016 Camaro SS, which along with the door panels and dashboard have been beautifully reupholstered in a gray leather. Joining the new seats is a custom center console with cupholders, reupholstered back seats, a billet steering wheel and Dakota Digital gauges. A modern GM LSA V8 engine badge sits on the passenger side of the dash, as well, serving as a constant reminder that this is no ordinary Chevrolet Chevelle.

Hear what else Butch has to say about his custom Chevelle in the video embedded below.