The Cadillac Blackwing V8 was destined to be the automaker’s new go-to V8 and was designed to take on other DOHC V8-powered cars from rival brands like BMW, Lexus, Audi and others. General Motors eventually shifted its strategy for Cadillac, however, pulling the plug on the Cadillac CT6 and moving much of the luxury brand’s resources to its future electric vehicle programs. As such, the twin-turbocharged V8 only ever found its way into two vehicles: the Cadillac CT6-V and the Cadillac CT6 Platinum.

Due its relative scarcity, it’s easy to look at the Blackwing V8 with rose-tinted glasses and wonder what could have been. Perhaps it was for the best the engine never found its way into very many vehicles, though. A TikTok user going by the username ‘daddyoftwo__’ recently posted a video to his page showing what he purports to be a Cadillac CT6-V undergoing an engine change at a GM dealership. According to the user, the CT6-V in question experienced some kind of unknown engine trouble and now needs to have its 4.2L V8 swapped out for a new one. That’s not what one wants from a virtually brand new, near-$100,000 car, to say the very least.

It should be noted that the only information we have on this story is what is in the video. It’s not clear what kind of engine trouble the car shown in the video experienced, why, or how severe it is. There’s no denying that the video shows a Cadillac CT6-V with the entire engine, subframe and front suspension yanked out of it, though, and we can’t really think of a reason why it would be undergoing such a service if it didn’t need some very major repairs. The engine had also only covered 2,000 miles before it let go, according to the TikTok user. 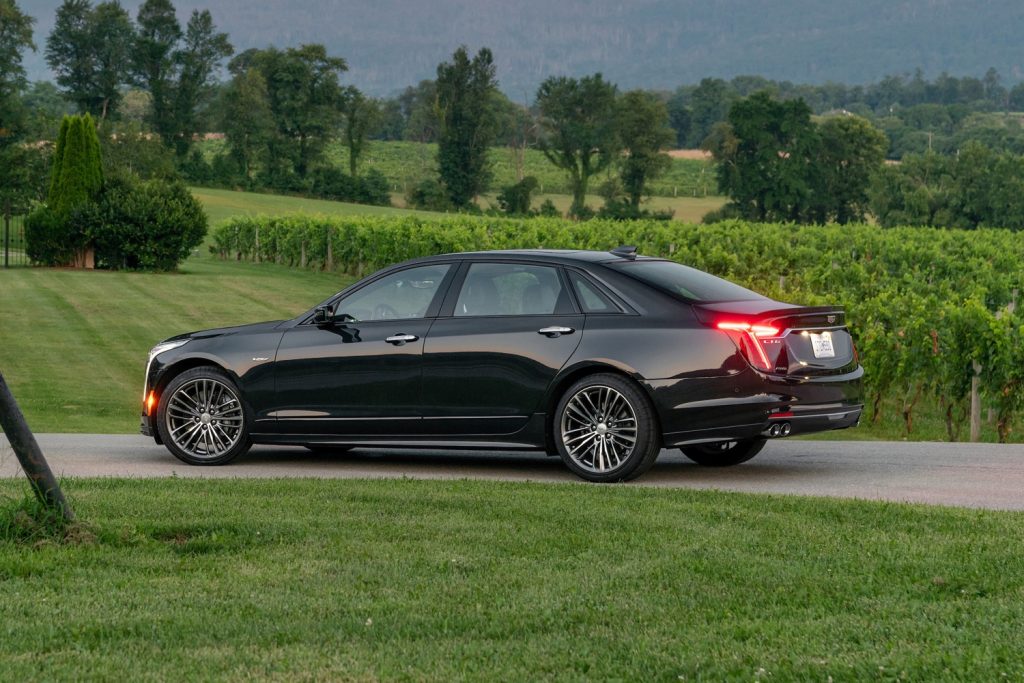 As a reminder, the Blackwing V8, which carries the production code LTA, makes 500 horsepower and 574 pound-feet of torque in the Cadillac CT6 Platinum. In the more performance-focused Cadillac CT6-V, the engine is good for 550 horsepower and a meaty 640 pound-feet. The engine will not be used in any Cadillac products going forward, with the automaker sticking with its 6.2L L87 V8 in applications where a V8 is appropriate, like the Escalade for example.