Believe it or not, General Motors did not offer a V8 engine in the Chevrolet Nova for the 1963 model year. Even the performance-minded Nova SS featured a 194 cubic-inch inline-six in 1963, which wasn’t winning over very many enthusiasts with its lazy, slow-revving nature and paltry 120 horsepower.

It’s safe to say that this 1963 Chevrolet Nova, which was recently featured on the Autotopia LA YouTube channel, has very little in common with an original ’63 Nova. Whereas the original was powered by a wheezy inline-six, this restomodded example has an LSx 376 cubic-inch B15 crate engine with a ProCharger centrifugal supercharger bolted to it. Thanks to the blower, along with some other modifications like an aftermarket camshaft, this 6.1L Small Block is producing a massive 680 horsepower at the wheels. A four-speed manual transmission sends power to the rear tires. 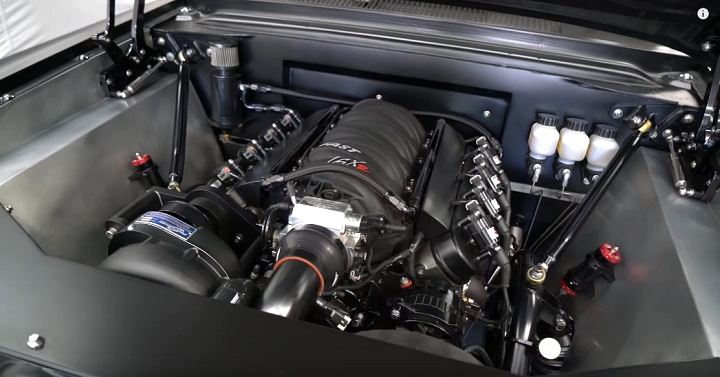 This Nova also has modern-day suspension to go with the current-day powertrain setup. It rides on a Schwartz Performance chassis and features QA1 shocks along with Baer brakes, alloy wheels and sticky Falken Azenis tires. The builder of this car, Jason Scudellari, drives it at track days and autocross events, so he definitely gets the most out of these various chassis and suspension upgrades.

Scudellari actually built this massively powerful Chevrolet Nova for his wife Randi – who also holds a deep passion for vintage American muscle. And just like Jason, his wife likes to drive the Nova rather hard as well, happily demonstrating for Autotopia LA what this supercharged restomod can do when you lean on the throttle pedal a bit. 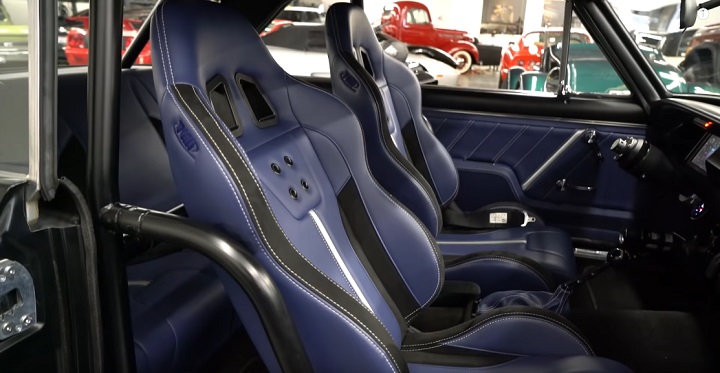 Check out the YouTube video embedded below to learn more about this radical 1963 Chevrolet Nova and to see and hear it in action on the streets of LA.