Team Penske and Chevrolet dominated this past weekend’s NTT IndyCar Series doubleheader from Iowa, with Simon Pagenaud emerging victorious in Race 1 on Friday night and Josef Newgarden taking the Race 2 win on Saturday.

Pagenaud was unable to complete a lap in qualifying due to car trouble, relegating him to the back of the grid for both of the 250-mile races. The Frenchman didn’t stay in the back for very long in Race 1, however, keeping it clean in his No. 22 Team Penske Chevrolet as he slowly worked his way through the field. He took the lead on Lap 178, helped along by pit strategy and caution periods, and fended off Chip Ganassi Racing’s Scott Dixon in the closing laps to take the win. Speaking to media after the race, even Pagenaud was surprised at how he was able to move from last to first on the tricky one-mile oval.

“Wow, this place is tough,” Pagenaud said. “I can’t believe it. I have to rewatch the race. How did I get there? I don’t know.”

“The last 50 laps were lots of tension. When Dixon is chasing you, you better hit your marks.” 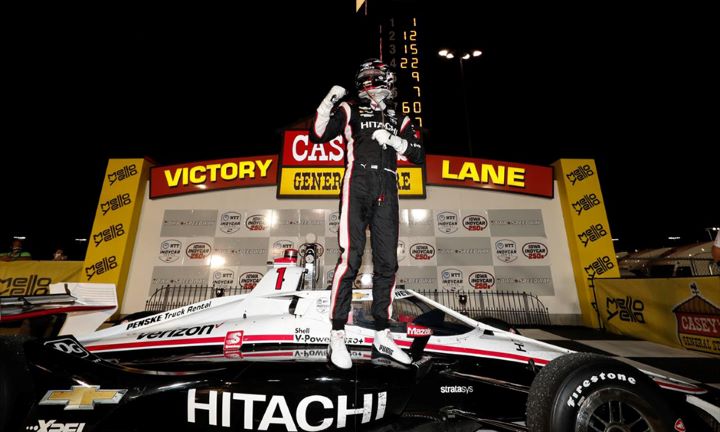 Pagenaud’s Team Penske teammate and reigning series champion Josef Newgarden was the favorite heading to Iowa – a track that he has dominated at in recent years. After getting caught out by caution flags in Race 1, Newgarden was back to his usual winning ways on Saturday, holding his lead from pole position and fending off teammate Will Power in the closing laps to take his first victory of 2020.

“Our guys did an amazing job yesterday,” Newgarden said. “I was so disappointed for them. I was angry for them because I thought they had the winning car. They put in the work and weren’t able to get rewarded for it. I was so determined to come back today. I think everyone was determined to come back and have a really good race, and we just ran hard. We ran hard all day.” 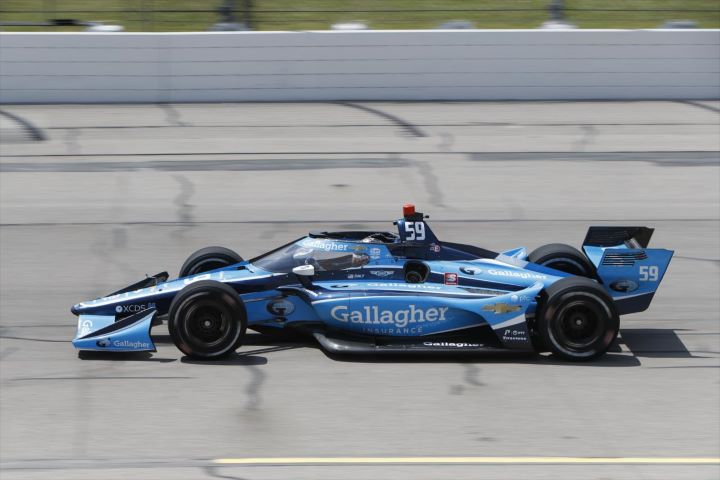 The only teams to challenge Penske all weekend were the Arrow McLaren SP entries of Oliver Askew and Pato O’Ward, which challenged for the lead in both races, and Carlin. Askew and O’Ward were third and fourth in Race 1, respectively, and sixth and twelfth in Race 2. Carlin’s Conor Daly, meanwhile, looked strong all weekend, taking pole position for Race 1 and qualifying on the front row in Race 2. He ran upfront in the opening stages of both races but the one-car team eventually faded as the more well-funded Penske and McLaren entries began to move forward. 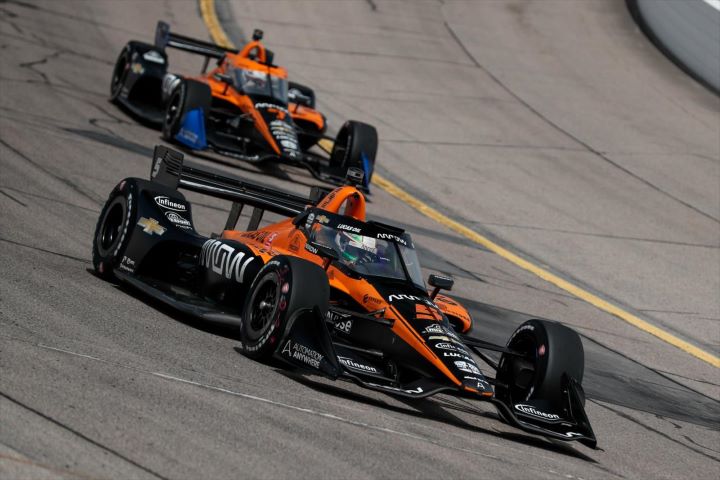 Check out the full highlights from both IndyCar Iowa 250 races embedded below.