Earlier this year, we stumbled across a rather odd NASCAR-inspired Pontiac Grand Prix stretch limousine for sale at an exotic car dealership in Upland, California. The dealership was asking nearly $18,000 for the limo – a large sum for a modified 16-year-old Pontiac Grand Prix and a price that we doubted they would receive for it.

This limo may not look very luxurious, but the interior is surprisingly opulent with its black vinyl upholstery, mirrored headliner, j-style passenger seating arrangement and a full minibar. Under the hood is a 3.8L Series III 3800 General Motors V6 engine, which was good for 200 horsepower and 230 pound-feet of torque when new. The limo has just 22,000 miles on the odometer, so the V6 probably has plenty of life left in it. 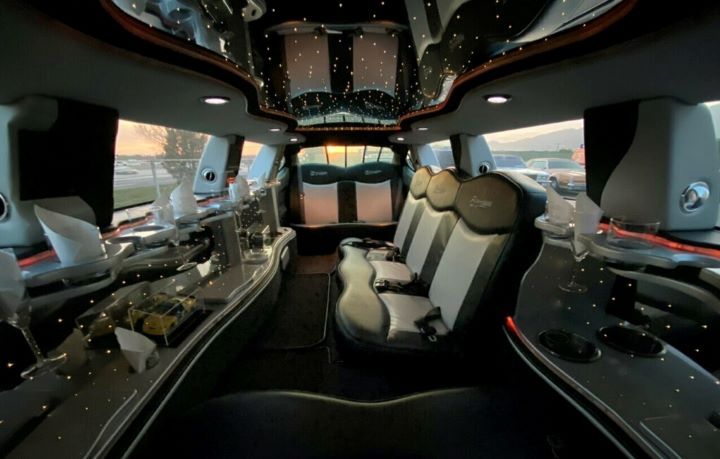 The Grand Prix limo was originally built for the now-defunct Race Limos franchise, which went belly up amid the 2009 financial crisis. We’re not sure why anyone would buy a stretched Pontiac that has been modified to look like a NASCAR race car, but it’s already been proven that this won’t work as a business, so we’d be surprised if it was offered for hire. Then again, it seems even more unlikely that someone bought this for their own personal use. 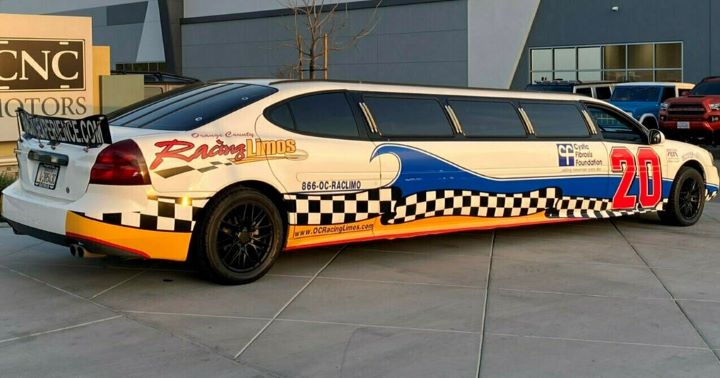 Check out the listing at this link for some more photos of this oddball Pontiac limo.