The 2020 NASCAR Cup Series season feels like it has been the Kevin Harvick show. The 44-year old California native dominated the first half of the racing season and continued his streak of strong finishes Sunday after taking his third career win at the legendary Indianapolis Motor Speedway. 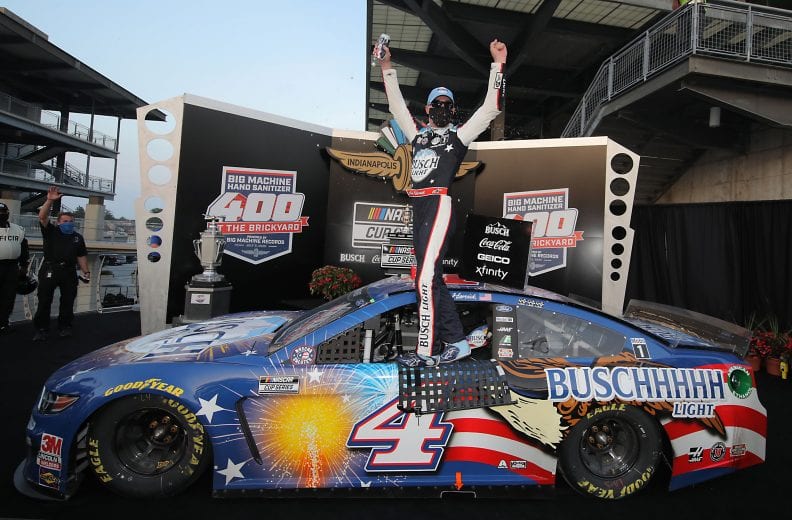 Harvick and his No. 4 Ford Mustang inherited the lead for the final time after the No. 11 Toyota Camry of Denny Hamlin, another driver who has been dominant so far in 2020, blew a right-side tire and hit the outside wall with just seven to go. The wreck brought out the yello and forced a late-race restart with just two laps remaining, which saw Harvick quickly pull away from the second place No. 42 Camaro ZL1 of Matt Kenseth. The Ford driver crossed the finish line .743 seconds ahead of Kenseth’s No. 42 Chevy, while Harvick’s Stewart-Haas Racing teammate Aric Almirola put in yet another strong finish to take third.

“We knew [Hamlin] was going to be really close on tires and [crew chief Rodney Childers] told me on the radio, he said ‘just make sure you keep the pressure on him,” Harvick told NASCAR.com post-race. “That was all the pressure I could give.” 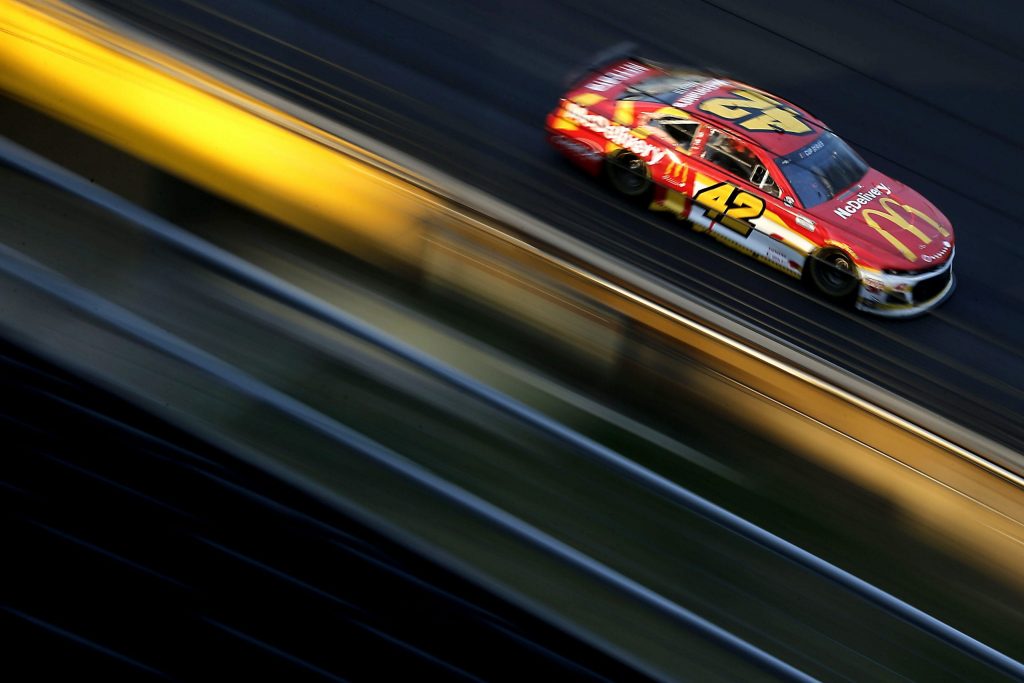 One major talking point from Sunday’s Big Machine Hand Sanitizer 400 from the Brickyard surrounded Jimmie Johnson and the No. 48 team. Justin Allgaier filled in for Johnson for Sunday’s race after the seven-time Cup Series champion tested positive for COVID-19 earlier in the week. Unfortunately for Allgaier, his day was cut short after he was involved in a bizarre chain-reaction crash on pit-road that collected several cars toward the back of the field. While the 48 team attempted to continue the race, the damage to the car proved to be too much and forced Allgaier to pull it behind the fence. He was classified 38th of 40 cars. 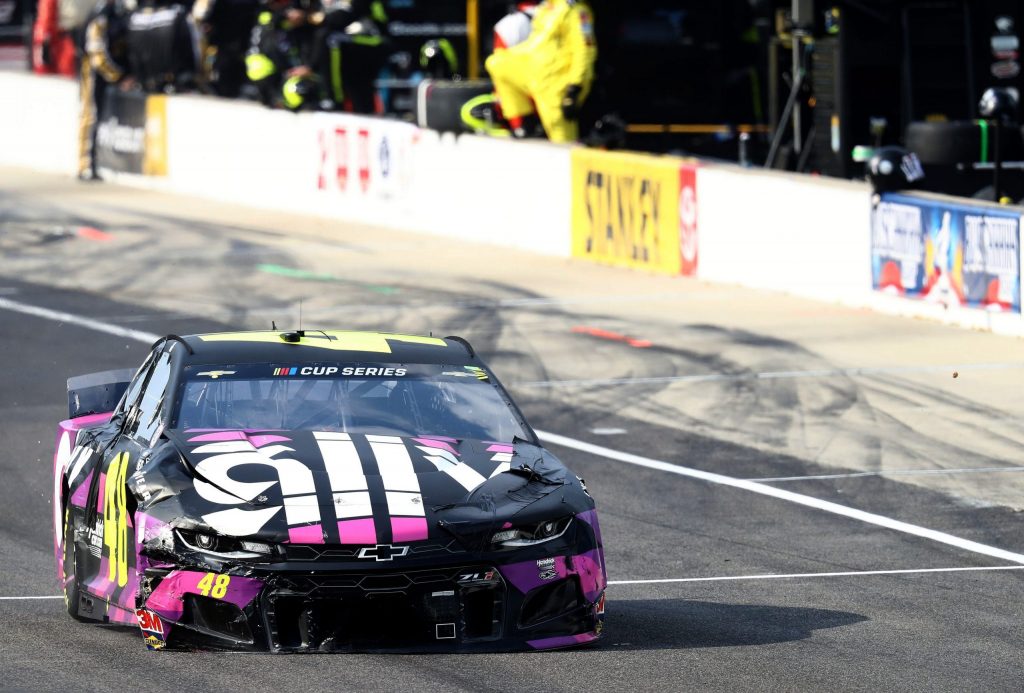 “Once the wreck started happening in front of us and we all got bottled up there, one car after another was getting run into,” Allgaier said after the wreck. “Just a shame. I hate it for these guys on this Ally 48. They’ve done such a good job, they prepared so well for the circumstances. Obviously our hearts and our thoughts are with Jimmie right now and his family.”

Check out the full highlights from the Big Machine Hand Sanitizer 400 from the Brickyard in the video embedded below. The 2020 NASCAR Cup Series season will continue next weekend when the field heads to Kentucky for the Quaker State 400.