With his recent win at Kansas Speedway, Denny Hamlin has more wins than any other NASCAR Cup Series driver in 2020. Hamlin also sits fourth in the championship – but the ever-dominant Kevin Harvick still sits atop the points standings following a consistent start to the season that saw him take four wins and numerous top fives and top tens. 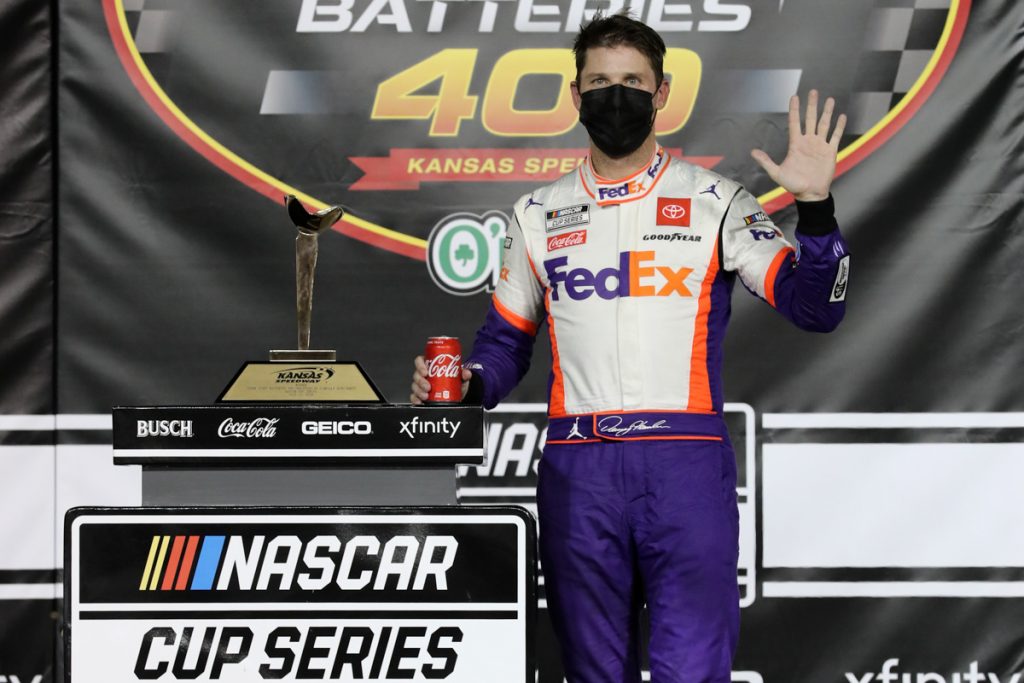 In Kansas, Hamlin passed Kevin Harvick for the lead on Lap 255 of 267 following a hectic restart with just 21 laps remaining. The No. 11 Joe Gibbs Racing driver quickly built a gap to Harvick and held off charges from both Brad Keselowski and Martin Truex Jr. to take the victory close up the points gap to Harvick. 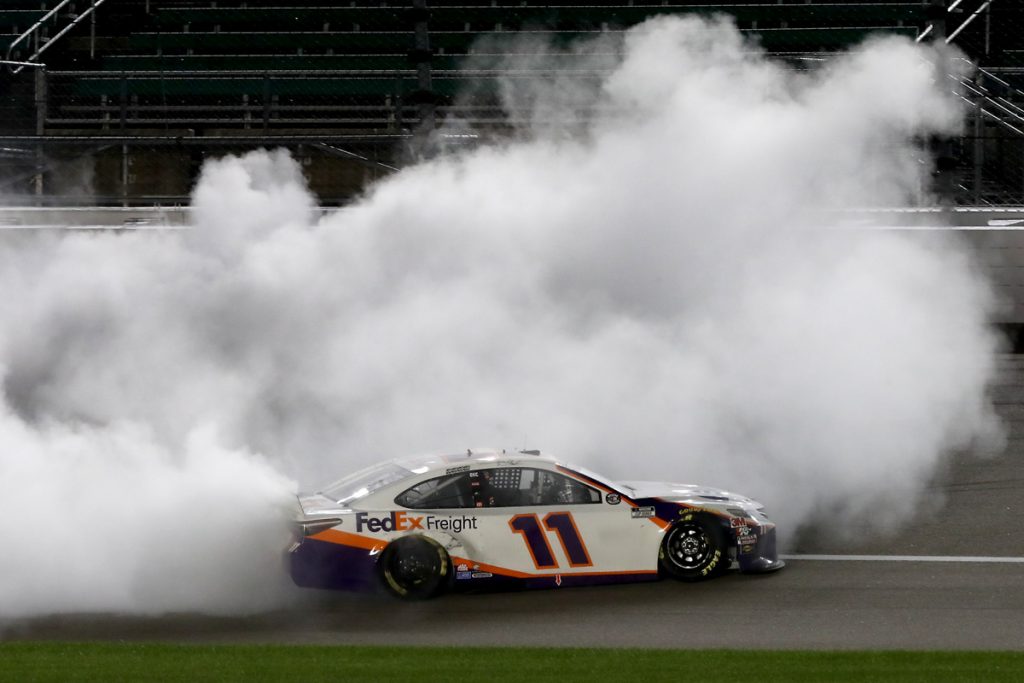 Hamlin and the No. 11 team were elated with the result after rough outings at Indianapolis, Kentucky and Texas recently.

“We’ve had a rough three weeks — we were leading at Indy when we blew a tire, but it seems like we’re really hitting on all cylinders right now,” Hamlin, who’s vying for his first-ever Cup Series championship in 2020, told NASCAR.com last week. 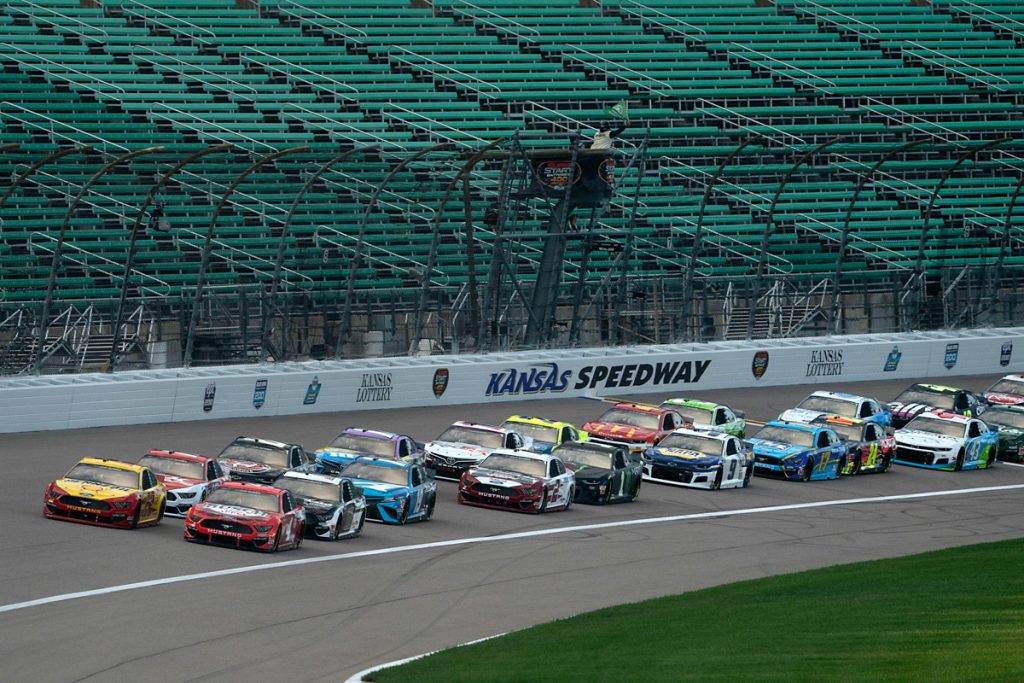 Hamlin is the highest-ranking driver in the NASCAR Cup Series standings that is not in a Ford Mustang, with the Team Penske entries of Brad Keselowski and Ryan Blaney sitting second and third behind Harvick. Chase Elliott and Kurt Busch are the only Chevrolet Camaro ZL1 drivers in the top ten, as well, with Eliott sitting fifth in the standings thanks to his Charlotte victory and a handful of top-five and top-ten finishes and Busch sitting tenth.

As of this writing, 10 of the 16 spots in NASCAR’s playoffs are spoken for, with 10 different drivers having gone to victory lane so far. The only Chevrolet drivers with a playoff berth so far are Elliott, his Hendrick Motorsports teammate Alex Bowman and Austin Dillon.

Check out full highlights from Hamlin’s win at Kansas in the video embedded below and stay tuned to GM Authority as NASCAR heads to New Hampshire Sunday for the Foxwoods Resort Casino 301.