Sometimes it doesn’t take very much for an insurance company to label a car as totaled. Any sign of the chassis losing its integrity will usually result in the car being deemed a total loss, as a GMC Acadia owner recently learned in real-time. 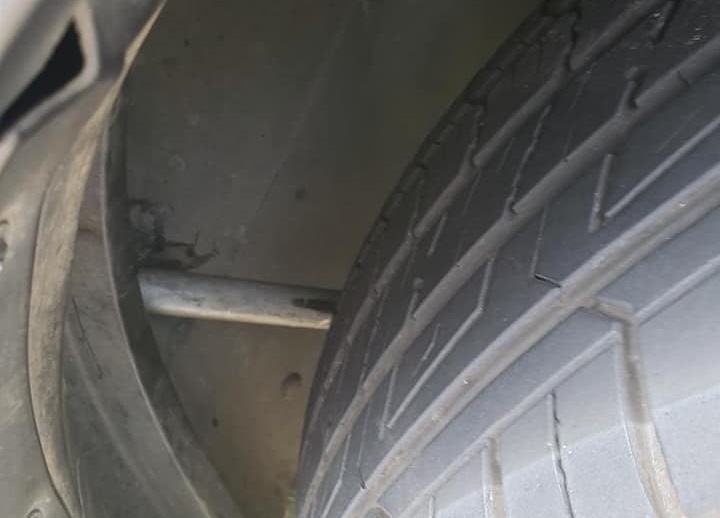 Judging from the photos, it seems as though a sharp, thin piece of metal from the truck fell off, bounced off the road and impacted the Acadia from an angle. The metal went through the wheel well and dented the unibody chassis near the front door hinge, it seems, compromising its structural integrity.

“We lost our Acadia coming back from Hilton Head Beach,” the poster said. “Truck lost metal scaffolding and impaled our Acadia. Didn’t look that bad to me, but their insurance totaled it. Just replaced the headlights, fresh oil change and a full tank of gas.” 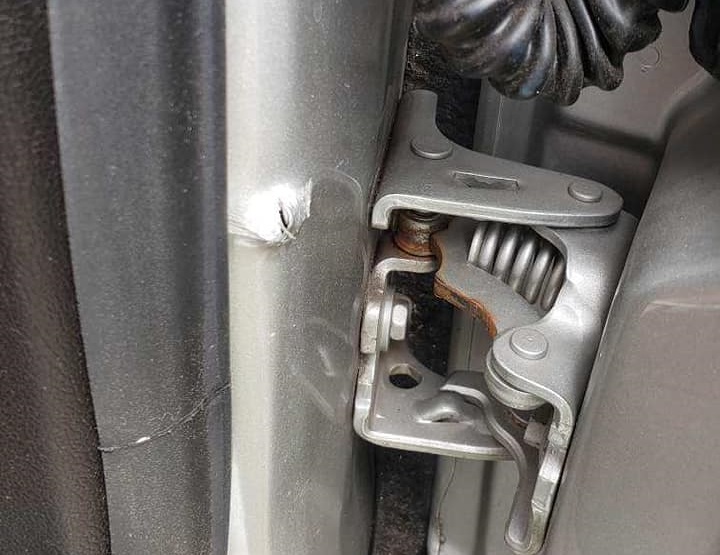 A photo of the truck shows what looks to be a poorly secured painting scaffolding sitting in the bed of the truck. According to a AAA study, more than 200,000 crashes on U.S. roadways between 2012 and 2016 involved debris. Additionally, road debris resulted in approximately 39,000 injuries and more than 500 deaths between 2011 and 2014, prompting AAA to call for American drivers to “properly secure their loads to prevent dangerous debris,” from landing on the roads. 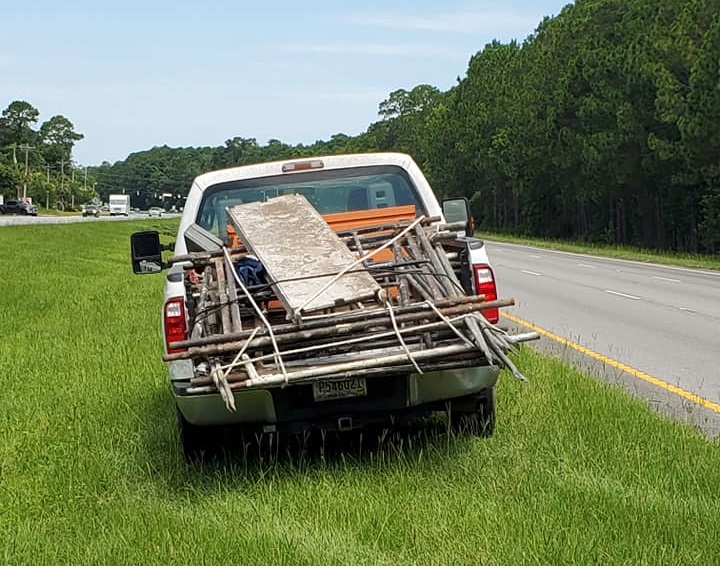 “It’s important for drivers to know that many states have hefty fines and penalties for drivers who drop items from their vehicle onto the roadway, and in some cases states impose jail time,” AAA also said.

Every state has laws rendering it illegal for items to fall from a vehicle while on the road. Most states’ penalties result in fines ranging from $10-$5,000, with at least 16 states listing jail as a possible punishment for offenders