GM Canada has produced the one-millionth face mask at its Oshawa Assembly plant just outside of Toronto after it began producing PPE at the facility back in May.

The Canadian federal government first announced it had contracted GM Canada to produce millions of face masks back in the spring as the country ramped up its fight against the COVID-19 pandemic. Prior to this, GM Canada had already said it would begin making face masks for its own internal use at the partially closed Oshawa plant, but the operation’s scope expanded when it received the government contract. 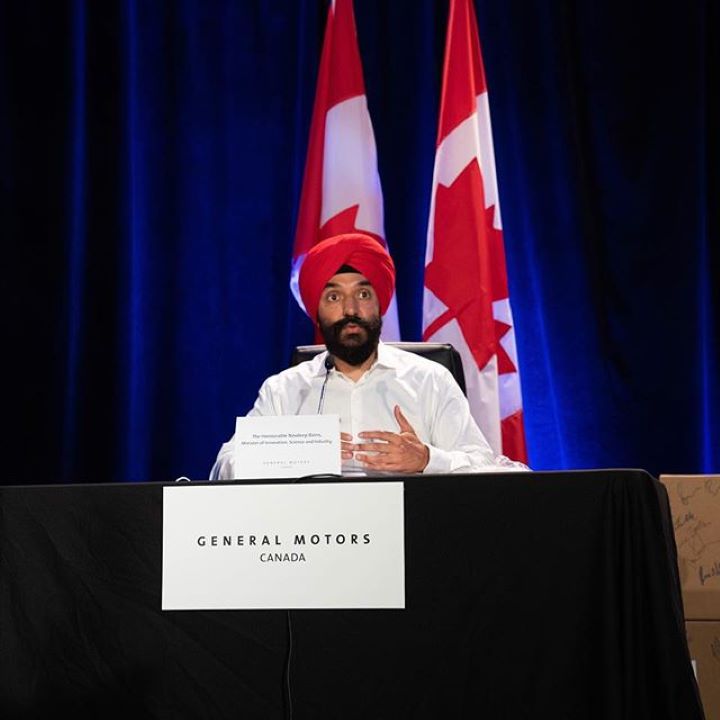 Canada’s minister of Innovation, Science and Industry, Navdeep S. Bains, along with the country’s minister of Public Services and Procurement, Anita Anand, visited the Oshawa plant this week to celebrate the production milestone and thank GM Canada and parent company General Motors for stepping up when the country was in need.

“Here is a company that approached our government early on, asking ‘How can we help?’” Bains said this week. “I am pleased to say that they have reached the production of one million face coverings – what a milestone!” 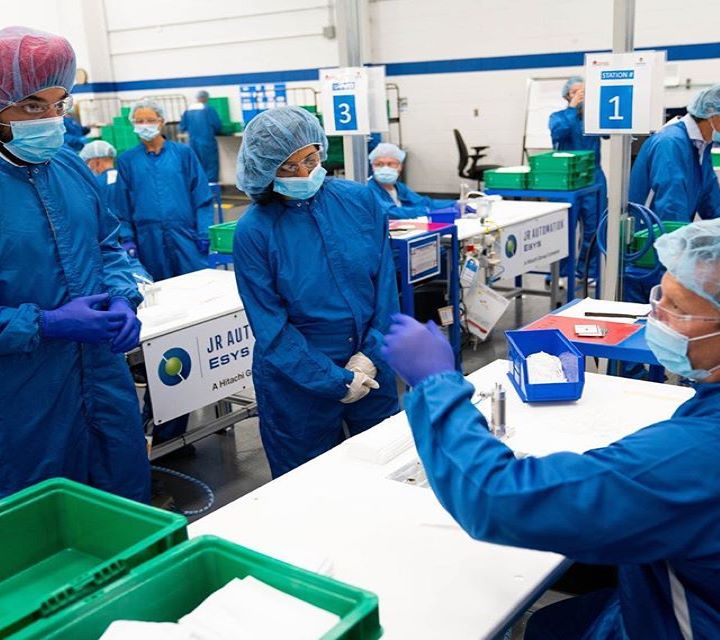 GM Canada also said that Bains and Anand joined Unifor employees in the mask making area of the plant to “weld ear straps, test for quality and mark our millionth mask proudly produced out of Oshawa.”

GM Canada will produce a total of 10 million facemasks for the Canadian Public Health Agency. The masks are being made at-cost for the government by Unifor employees in a walled-off section of Oshawa Assembly – which has sat mostly empty since the vehicle production line there came to a halt in December 2019. The automaker first received the necessary equipment for manufacturing medical-grade face masks in April and was subsequently granted a Canadian Medical Device Establishment License on April 22nd. 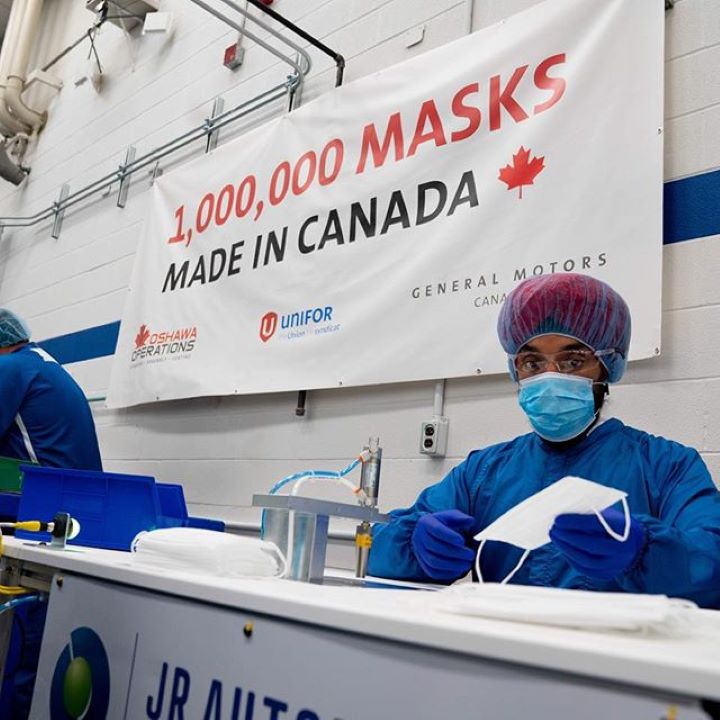 In addition to GM Canada’s efforts, GM is also producing PPE at one of its old transmission plants in Michigan and is manufacturing ventilators on behalf of the U.S. Federal Government at a former electronics components plants in Indiana. The automaker’s Mexican subsidiary is also producing face masks for its own internal use.