Before the introduction of the 2021 Chevrolet Trailblazer and Buick Encore GX, the Geo Metro was the last three-cylinder vehicle General Motors offered for sale in the United States. The Metro’s 1.0L three-cylinder made just 55 horsepower and the available 1.3L four-cylinder wasn’t much better, producing only 70 ponies. It’s safe to say, then, that the Metro is not an ideal vehicle for towing a trailer or a boat. We’d be apprehensive to tow even a garden trailer with this subcompact commuter, to be perfectly honest.

The Metro is not to be underestimated, however. A video sent into ViralHog recently shows a Geo Metro that has been modified to tow a pop-up trailer behind it. That’s not all, though, because attached to the pop-up trailer is a small aluminum fishing boat. That’s right, someone out there is towing both a trailer and a boat with a first-generation Geo Metro five-door. Now there’s a sequence of words we never thought we’d have to string together. 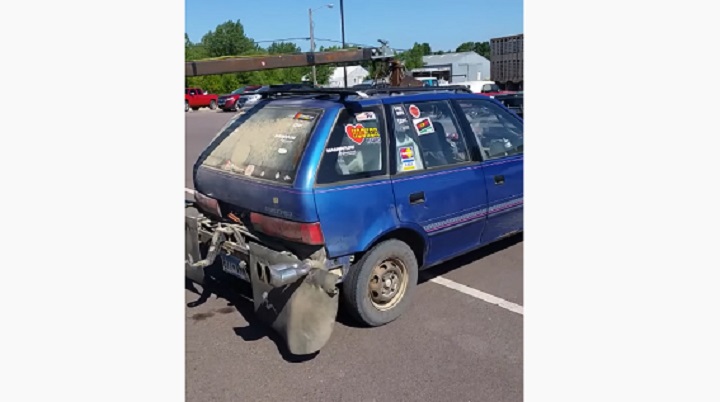 We’re not really sure what’s going on with this contraption. The Metro appears to be equipped with a tow hitch, but for some reason the owner has modified the trailer to link up to a custom connection installed on the roof. The Metro itself is also equipped with a set of weird modified exhaust tips and large mud flaps that look as though they were meant for a dual axle pickup truck or a transport truck. We’re not sure what to think of the large plastic water basin sitting in the back seat/cargo area, either. 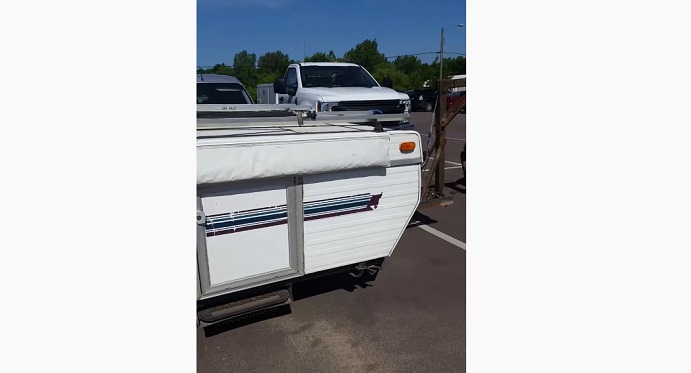 We won’t fault anyone for using the tools at their disposal to enjoy their hobbies anyway they can, but we just hope this custom towing contraption is safer than it looks. Check it out in the video embedded below.