General Motors began making face masks at one of its old production facilities in Warren, Michigan earlier this year just as the COVID-19 pandemic began to take hold in the United States. Now the automaker has received N95 certification for the face masks it has been producing at the facility, certifying their effectiveness at shielding the user from harmful airborne particles. 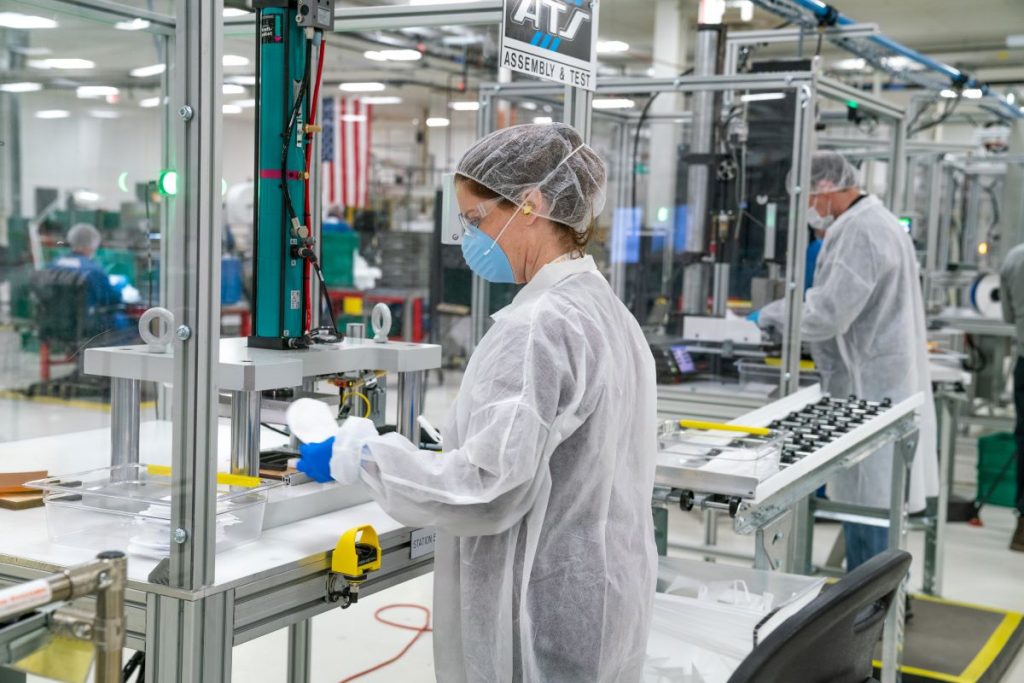 The term N95 refers to the filter class of a given respirator, according to the National Institute for Occupational Safety and Health. A face mask or respirator that receives an N95 rating is recognized as being able to filter out at least 95 percent of airborne particles during “worst case” testing using a “most penetrating” sized particle. To achieve an N95 rating, GM’s face masks required “an entirely new manufacturing process with four separate stations to help create a tight seal around the user’s face.” 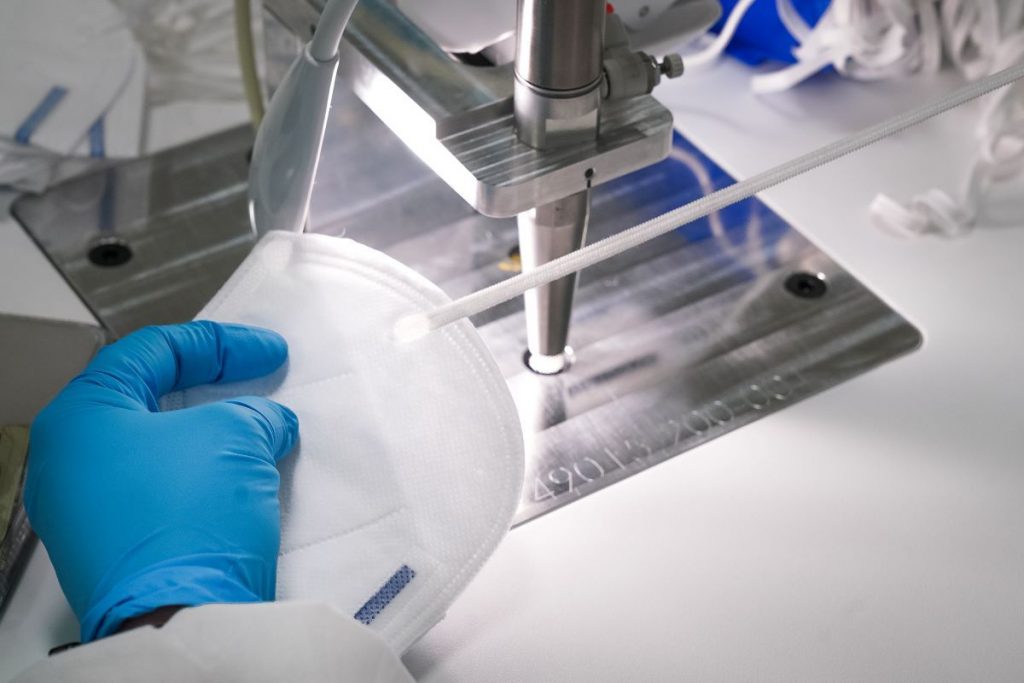 Once the masks are trimmed to shape, employees set about adding the welding the ear bands in place, complete a quality check of the masks and clean them before they are bagged and prepared for shipment.

GM says it repurposed sonic welders from the Brownstown Battery Assembly plant to help expedite the manufacturing process of the mask. These sonic welders were previously used to form sub-assemblies in the battery packs for the Chevrolet Volt, but was updated with new templates to create weld patterns for respirators when they were shipped to the Warren facility. 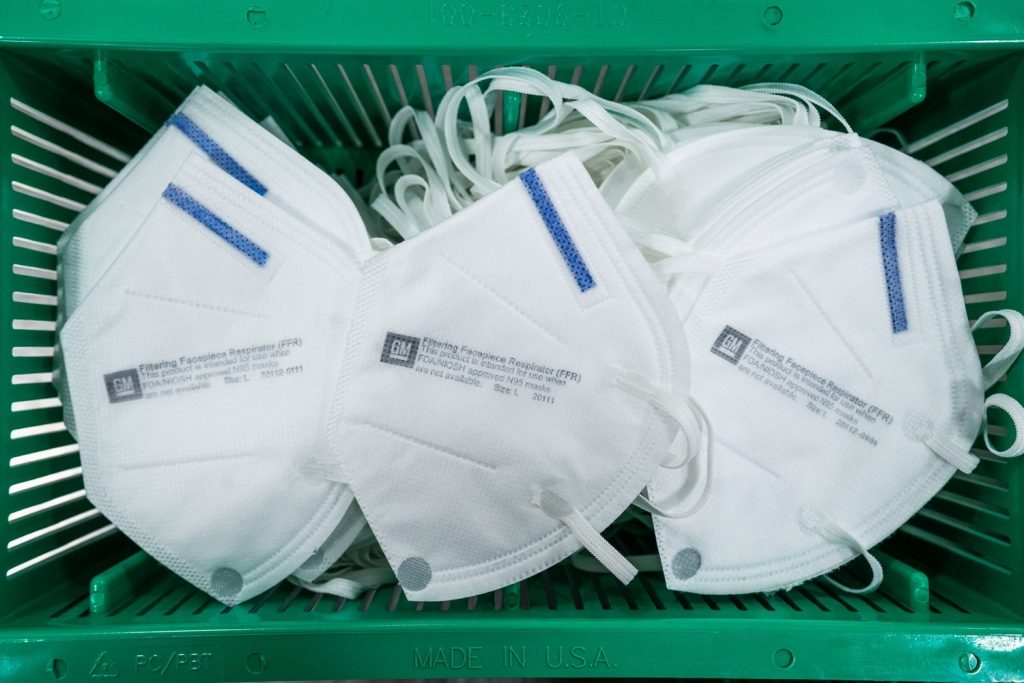 The automaker has so far produced more than four million face masks at the Warren facility, 230,000 of which have gone to healthcare workers and other personnel on the front line of the COVID-19 pandemic. GM Canada is also carrying out a similar, smaller face mask manufacturing operation at its Oshawa Assembly plant in Ontario, while GM Mexico has also begun making face masks for its employees to use.