General Motors may begin producing electric vehicles at its Lansing Grand River plant by as early as 2024, according to a new report.

The American automaker is currently in the midst of a plan that will see it introduce 20 new electric vehicles globally before the end of 2023. With so many electric vehicles in the pipeline, GM will need a place to build them, and it seems it will retool some of its existing plants to do so rather than build or buy new ones.

According to Automotive News, Lansing Grand River is among those plants that GM is looking at retooling to build EVs. The publication says the automaker’s plan would have to be approved under the next UAW labor contract, which will come up for negotiation in 2023, so it is still subject to change. The Lansing plant currently builds the Cadillac CT4 and CT5 and Chevrolet Camaro.

AN also reports that under this plan, the CT4 and CT5 “potentially would become battery-powered.” The more likely scenario, however, would see the sedans replaced with entirely different battery-electric models that ride on GM’s dedicated BEV3 platform and occupy the same or similar segments. These theoretical Cadillac EV sedans would also ditch the ‘CT-‘ names for a badge ending in “-iq” as per Cadillac’s future naming convention. 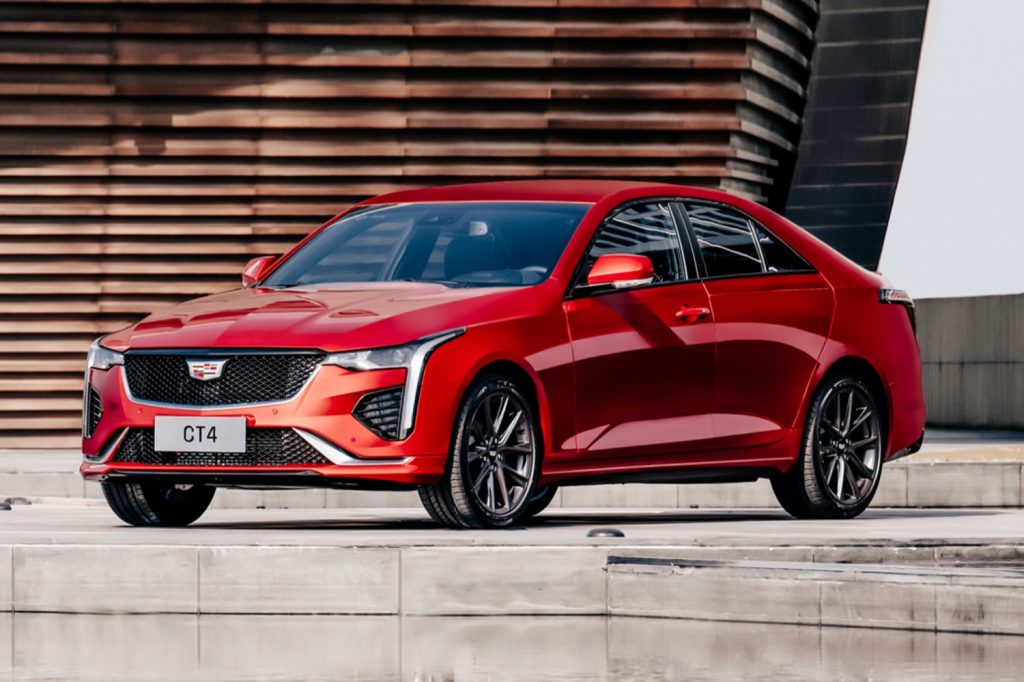 The future of the Camaro is also murky, as we reported previously. We know the current, sixth-generation Chevrolet Camaro will be discontinued at the end of the 2022 calendar year and it’s not clear if GM is planning a replacement. If Lansing Grand River is converted to produce EVs, the next-generation Camaro (assuming there will be one) would have to be built elsewhere or become an EV. The latter of those two scenarios is not as far-fetched as it may seem, with GM teasing a battery-electric coupe with a short rear deck and long nose at its EV Day media event earlier this year. GM has also already shown us what an electric Camaro could be capable of with its lightning-quick eCOPO drag car.

GM outlined some of its future EV plans in its 2019 Sustainability Report. The document indicated that Chevrolet has plans to introduce the next-generation Chevrolet Bolt EV, the new Bolt EUV crossover and will also eventually roll out a battery-electric pickup truck with more than 400 miles of range. Cadillac, meanwhile, will roll out its Cadillac Lyriq electric crossover next year and will also release a high-priced electric luxury sedan called the Celestiq. The luxury brand also has a large electric SUV in development that will take after the Cadillac Escalade and a smaller electric crossover built in the same vain as the Cadillac XT4.

Notably, a Chevy EV coupe and smaller Cadillac EV sedans were not mentioned in the sustainability report, though these potential future offerings are still quite a long way out, so perhaps GM is keeping its cards close to its chest for the time being.

We will continue to uncover more about General Motors’ future EV plans, so be sure to subscribe to GM Authority for more GM future product news, GM electric vehicles news and around-the-clock General Motors news coverage.