Earlier this year, we caught up with engine expert Gale Banks and his company, Banks Power, as they tried their best to kill the new 6.6L L5P Duramax diesel V8 engine that is found in General Motors‘ latest line of full-size pickups. Banks Power has been documenting their attempts to push the engine to its absolute limit on its YouTube channel, allowing fans to follow along as they slowly adding more power to the engine until the stock internals let go. 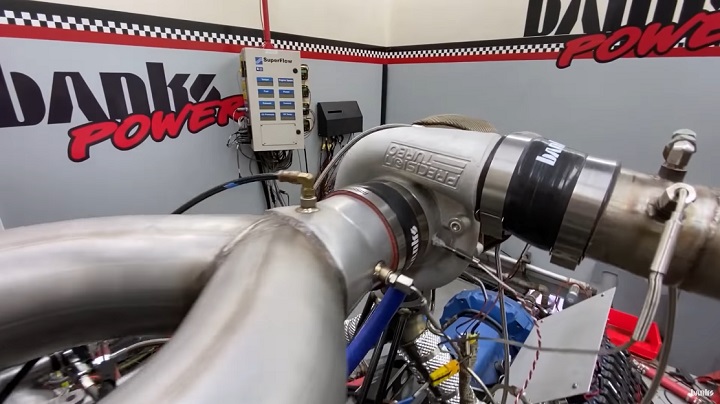 So far Banks Power has upgraded the L5P V8’s air intake, swapped out the stock turbocharger for a larger Precision-brand unit, added a Banks five-inch exhaust, a more robust fuel pump, larger injectors and, finally, a Banks camshaft. Gale and his team have been slowly adding these upgrades over time, with the camshaft the most recent addition.

So, was the camshaft upgrade finally enough to push the Duramax’s stock internals over the limit? Not quite. The engine made a massive 1,004 horsepower and 1,383 pound-feet of torque on the company’s engine dyno – a result that surprised even Banks, who is seasoned and well-respected engine builder/tuner. 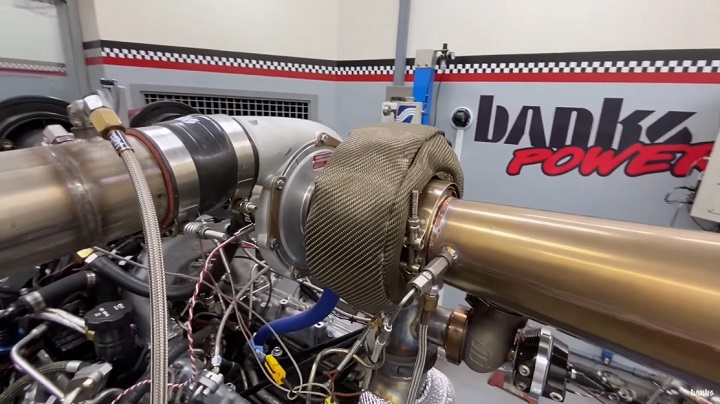 “When you guys at GM redesigned this engine, you did something very special,” Banks said after seeing the result. “Anybody at GM that was on that team, I would like to shake your hand. Mind-blowing. Mind blowing. The only thing in that engine that isn’t stock is the (Banks camshft).” 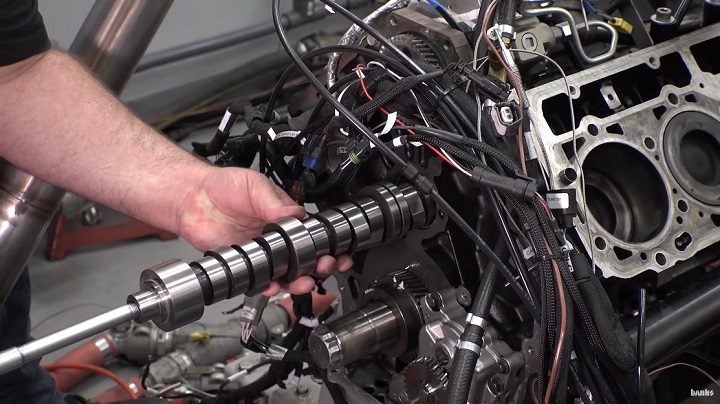 For reference, the 6.6L V8 L5P Duramax engine is rated at 445 horsepower at 2,800 rpm and 910 pound-feet of torque at 1,600 rpm from the factory. The engine is only available in the current Chevrolet Silverado HD and GMC Sierra HD, where it is paired with an Allison-branded 10-speed automatic.

Banks was particularly excited about the L5P’s performance, as July 17th, 2020 is the 20th anniversary of the Duramax engine. D-Max Limited released its first production engine on July 17th, 2000, with the L5P representing 20 years of constant development on the heavy-duty diesel.

Watch as the impressive 6.6L L5P V8 makes 1,000-plus horsepower with ease in the video embedded below.