The Chevrolet Camaro nameplate is known first and foremost as a muscle car, with an engine up front, power at the back, and two doors in the middle. However, that doesn’t stop automotive artists from dreaming up what could be, adding their own twists to the formula by leveraging their digital drawing skillset. Now, one artist has posted the following Chevy Camaro wagon rendering. 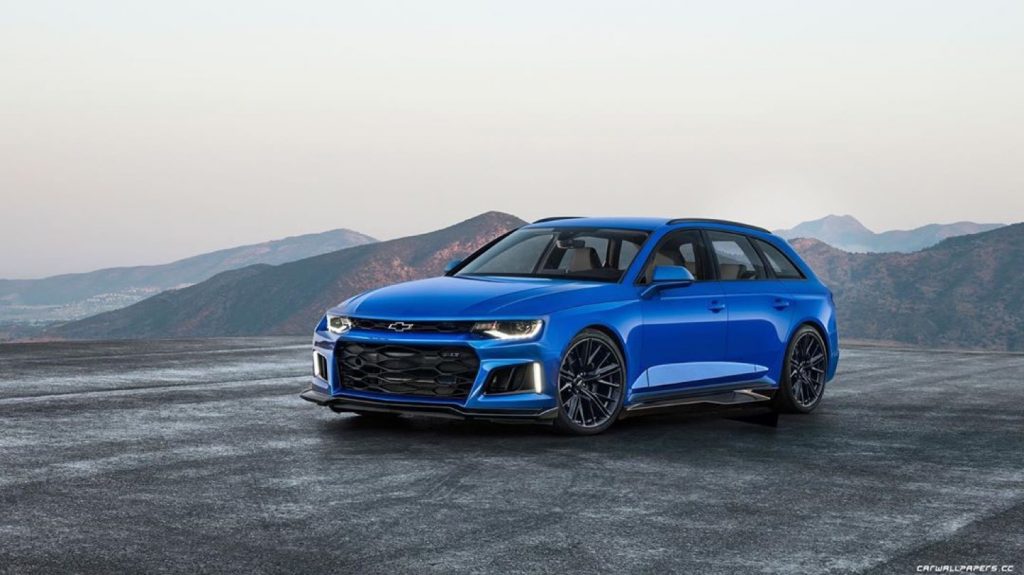 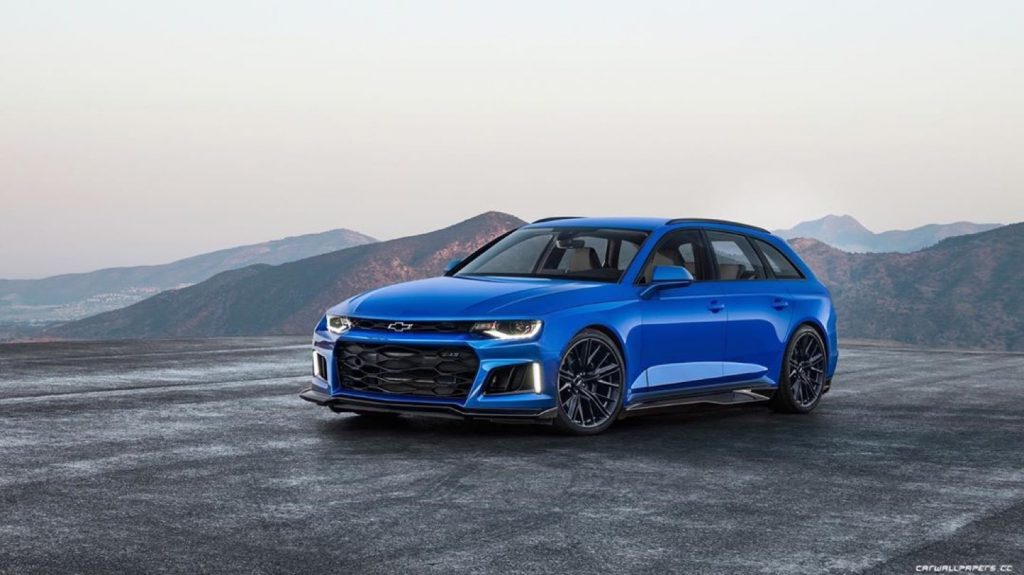 Up front, we see the traditional sixth-generation Chevrolet Camaro fascia, with its angular lighting signatures underlining the headlamps, a gaping front intake, and a chiseled lower splitter finished in black. We also see a set of black Chevrolet Camaro ZL1 wheels, which seem to be a favorite of this particular artist. 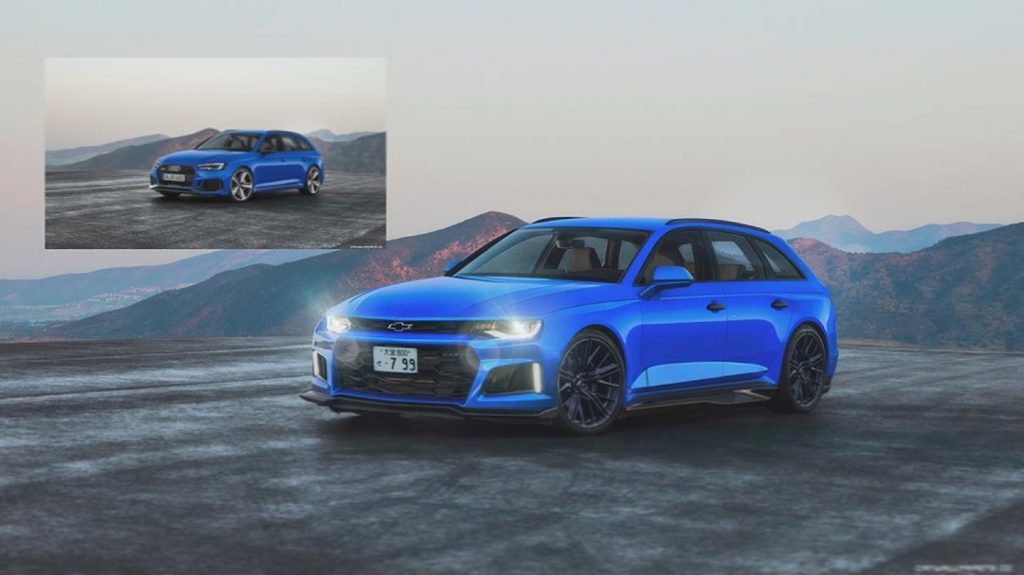 Meanwhile, the body takes after the Audi RS 4. With the hard angles of the Chevy up front, the Audi’s soft, curving lines stand out in contrast. The profile also includes sizable side sills, which are also done in black.

The artist saw fit to post multiple versions of this Chevy Camaro wagon, with some differences seen between each for things like the lighting, sideview mirror treatment, profile styling lines, and the like. 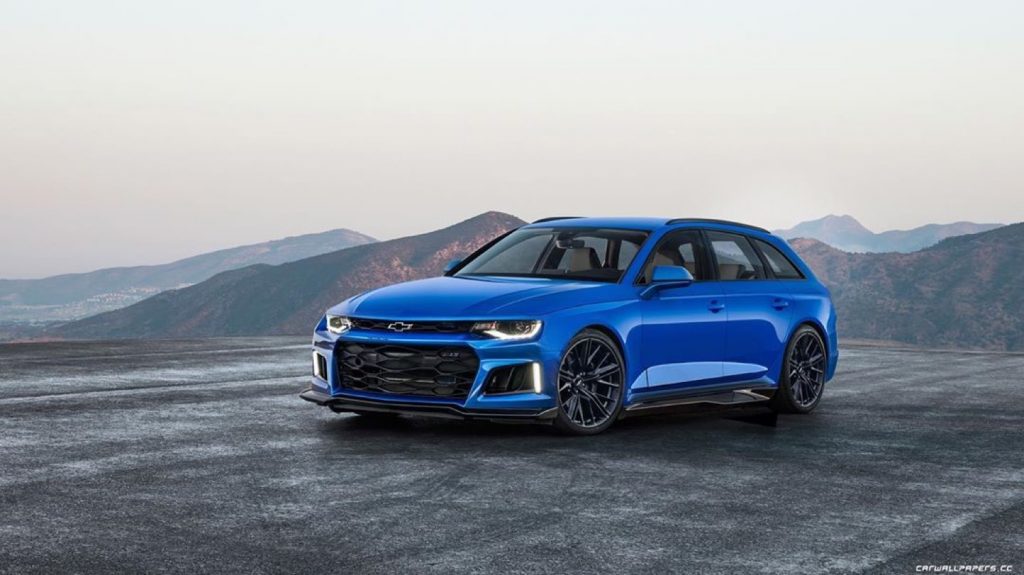 As we’ve covered previously, the future of the Chevrolet Camaro nameplate is in doubt, as the latest sixth-gen model is slated to sunset around 2023, without any clear replacement on deck – or at least, no replacement similar to what we’ve come to expect from the nameplate.

What are your thoughts on this Chevy Camaro wagon rendering? Would you like to see this body style used with the Camaro nameplate in the future? Let us know what you think by posting in the comments, and make sure to subscribe to GM Authority for more Chevrolet Camaro news, Chevrolet news, and around-the-clock GM news coverage.