Back in June, we covered a video from YouTuber Mark Freeman #408 in which a beat-up Pontiac Wave got the full send treatment off a dirt jump, sending it flying into the air. Now, the boys are back at it with the vehicular shenanigans, this time with a Chevrolet Impala. 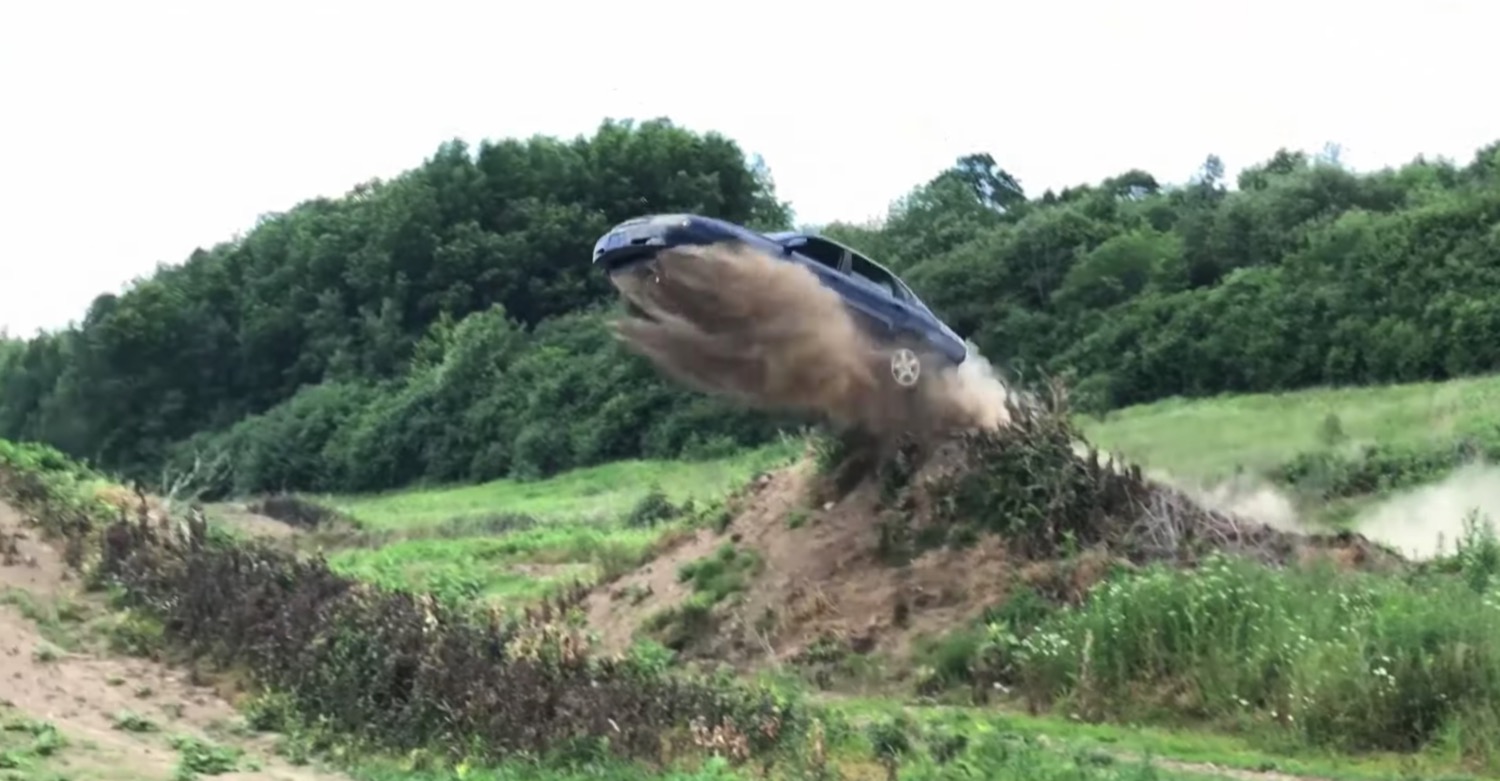 The victim Chevrolet Impala is found among several other abused automobiles, including the Pontiac Wave we covered previously. By the look of it, these folks don’t have a whole lot of mechanical sympathy.

Of course, before it’s sent into space, the Chevrolet Impala first needs a quick jump start. Once it springs to life, the muffler-free exhaust note blasts across the field, and the crew takes it for a test drive, rear bumper hanging and trunk lid flopping up and down with the bumps. 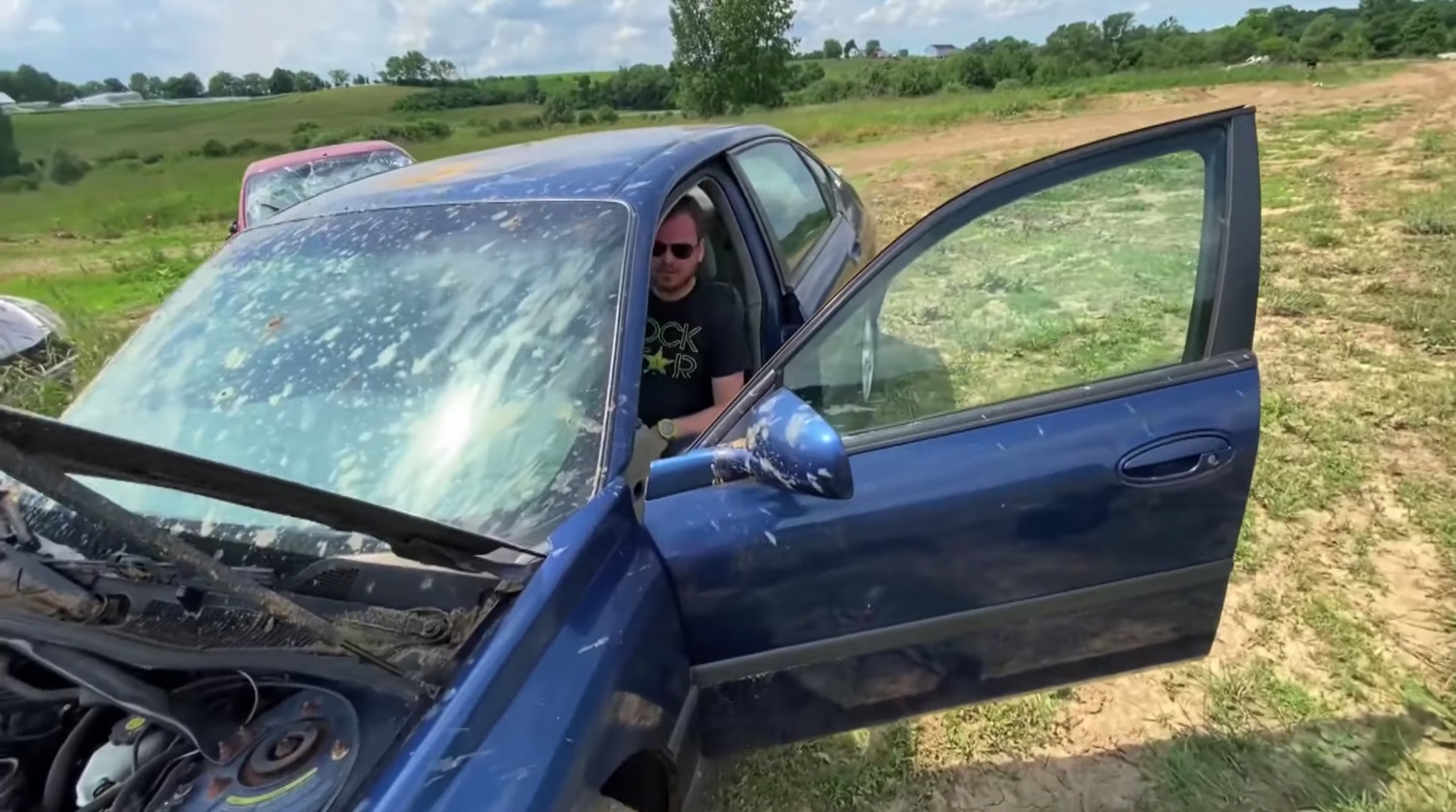 Next up, the crew decides the front tires have way too much rubber on them, so they go ahead and do a “bumper burnout” against the side of the now-wrecked Pontiac Wave.

The Chevrolet Impala looks like it’s in a bad way, but it’s still got the goods for a dirt ramp jump, so with that, the sedan is lined up, the steering wheel is set, the throttle is floored, the driver exits, and well, away she goes. 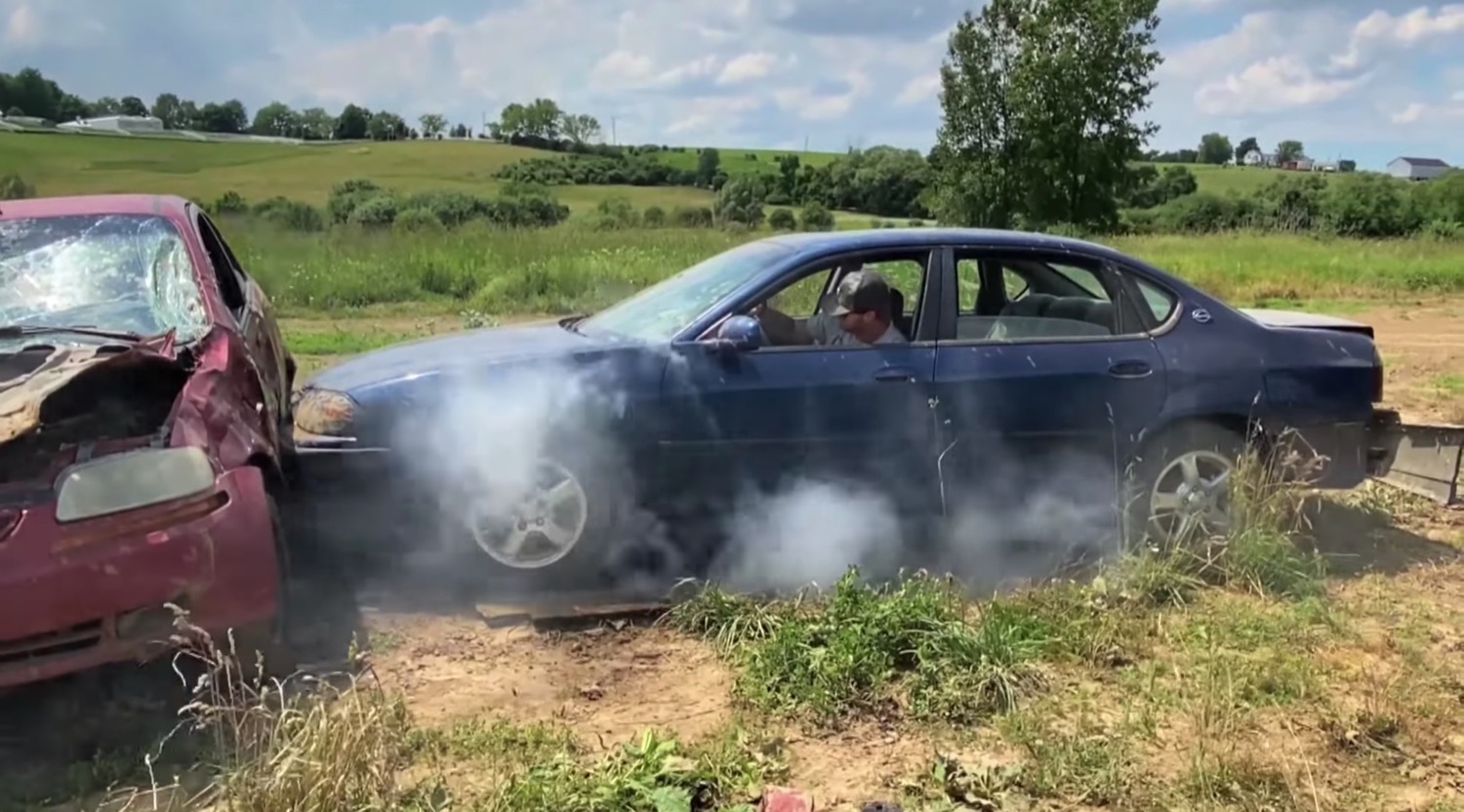 After takeoff, the Chevy manages to clear the gap, but lands hard on the other side. After bouncing, the Chevrolet Impala rolls onto the roof, coming to a rest at the bottom of the landing.

The crew captures the flight from a number of different angles, including several cameras on the ground, a drone hovering above, and even a camera mounted inside the cabin.

All told, the experiment is deemed a success, and the Chevrolet Impala is done. If you enjoy watching silly stunts, cars flying in the air, and dirty crashes, then this video provides exactly that.