Chevy Camaro sales decreased in every market tracked by GM Authority, including the United States, Canada, Mexico, South Korea, Brazil, Argentina, and Russia during the second quarter of 2020.

In the first six months of the year, Camaro sales decreased about 43 percent to 13,860 units.

In the first six months of the year, Camaro sales decreased about 37 percent to 841 units.

In the first six months of the year, Camaro sales decreased about 33 percent to 68 units.

In the first six months of the year, Camaro sales decreased about 71 percent to 55 units.

In the first six months of the year, Camaro sales were flat at 0 units.

In the first six months of the year, Camaro sales decreased about 71 percent to 25 units.

In the first six months of the year, Camaro sales decreased about 92 percent to 4 units. 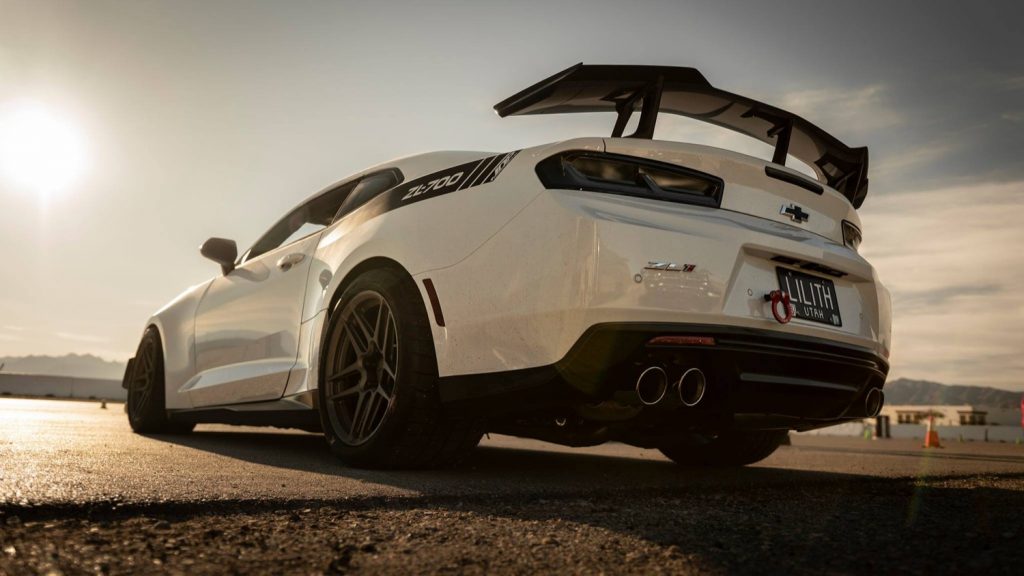 The 46 percent decrease in U.S. Chevrolet Camaro sales during the second quarter of 2020 kept Chevy’s sports car in third place in its segment by sales volume, behind the Ford Mustang in first place and Dodge Challenger in second. Ford Mustang sales fell 27 percent, while Dodge Challenger sales fell 35 percent. As such, the Camaro’s 46 percent drop was the most significant of the three, and the second-biggest in the segment (after the Toyota 86).

The Ford Mustang had the highest segment share at 43 percent – a noteworthy growth gain of 3 percent points compared to Q2 2019. It was followed by the Dodge Challenger with 27 percent, down 1 percentage point year-over-year. The Camaro’s 18 percent share makes it a distant third. All other segment contenders saw segment shares in the single digits.

The figures also highlight that the Mustang sold more than twice as many units as the Camaro, and the Challenger sold about 30 percent as many units.

The mainstream, two-door sports car segment contracted 32 percent to 36,923 units in Q2 2020. In that regard, Camaro sales underperformed the segment during the quarter.

Camaro sales were dismal during the second quarter, as the muscle car battled the impact of the COVID-19 pandemic on the one hand, and strong competition from Ford on the other. Given that all U.S.-based automakers were impacted more or less equally by the coronavirus and its effects, both in terms of production and deliveries, we conclude that the Camaro simply sold slower than all other segment contenders during the timeframe.

The ongoing decline in sales Camaro sales volume underlines Camaro’s rather uncertain future. Over the past few years, the post-bankruptcy GM has taken a liking to discontinuing cars that aren’t selling well, aren’t turning a profit, or both. GM/Chevrolet has already removed several nameplates from its lineup for that very reason, including the Chevy Cruze, Impala, Volt, and the Buick LaCrosse.

The ongoing decline in Chevrolet Camaro sales seems to be the result of several factors, including higher prices of the sixth-generation model, which continues to push price-conscious buyers to more affordable offerings from Ford and Dodge. The 2019 Camaro refresh aimed to address this competitive disadvantage with a revised trim level structure covering a broader price spectrum. Notably, the 2019 Camaro was as much as $2,000 less expensive than the 2018 model, specifically on the mid-level LT models. However, that didn’t seem to be enough, and Chevrolet made the Camaro even more affordable for the 2020 model year by introducing the all-new Camaro LT1 trim level. The V8-powered LT1 is powered by the same 6.2L V8 LT1 engine as the SS models, but slots between the V6-powered LT models (1LT/2LT/3LT models) and the SS. This makes it more competitively priced than the base V8-powered Challenger and Mustang models. However, even the LT1 model hasn’t helped the Camaro claw its way back to the top of the sales charts.

In addition, some believe that various product-related issues have held back Camaro sales, including reduced cabin visibility, a lackluster dashboard and instrument panel design, sub-par interior material quality, as well as little differentiation from the fifth-gen Camaro in terms of first-glance exterior styling. Chevrolet attempted to address the “little differentiation” issue with revised front and rear fascias on the 2019 Camaro. Alas, the 2019 Camaro facelift wasn’t particularly well-received for SS models, prompting Chevrolet to deliver a second update for 2020 Camaro SS models.