The C8 Corvette has only been out for a handful of months now, but already we’ve seen all sorts of custom examples. From Hennessey’s nitrous-equipped C8 Corvette to a YouTuber’s home-built twin-turbocharged take on the mid-engine sports car, the platform is quickly proving to be a hit with aftermarket enthusiasts. 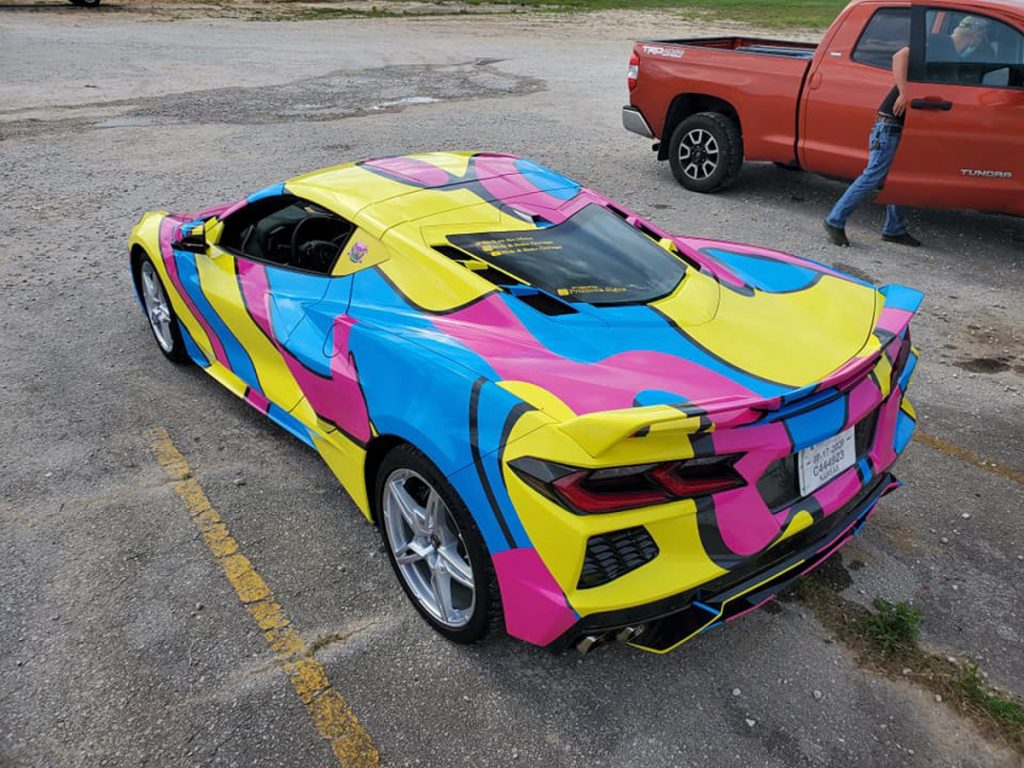 One C8 Corvette owner has gone a bit off-the-wall when it comes to customizing their car, however. Rick Dyer currently owns two C8 Corvettes and decided to have one wrapped in an eye-popping yellow, blue, pink and black scheme, making it look like a bit like a big, rolling psychedelic art installation. 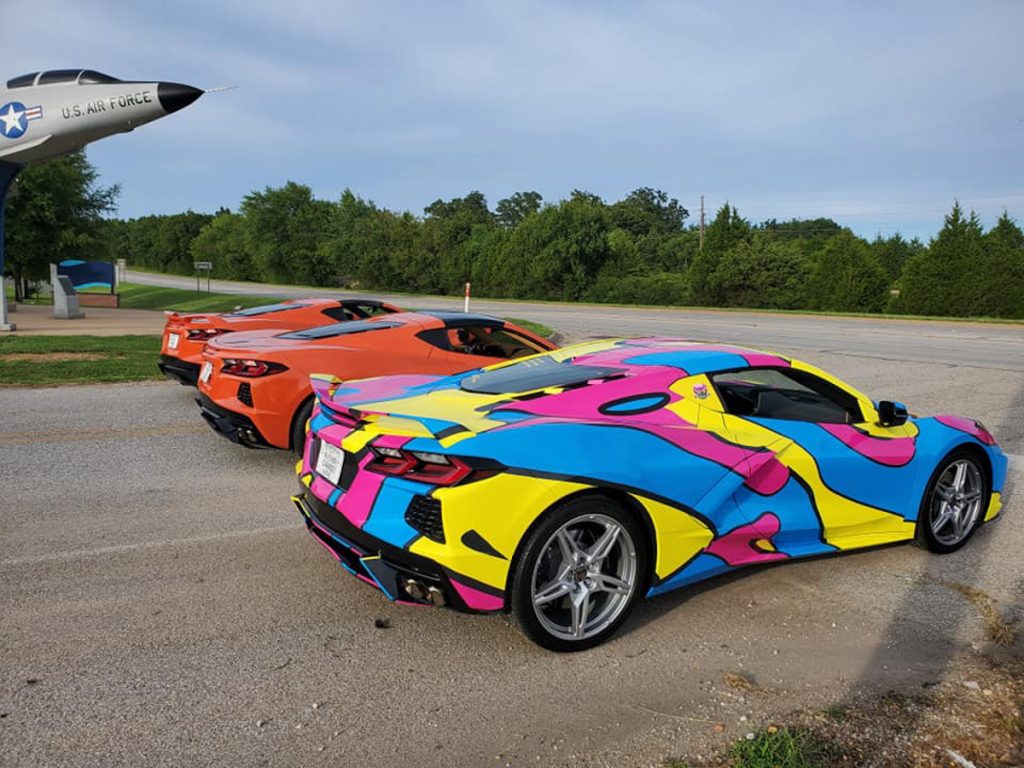 This particular car appears to feature the Napa leather interior, so it’s a bit more restrained inside. We can’t imagine how outrageous this car would look with the extra-bright Tension Blue interior that General Motors offers on the C8. 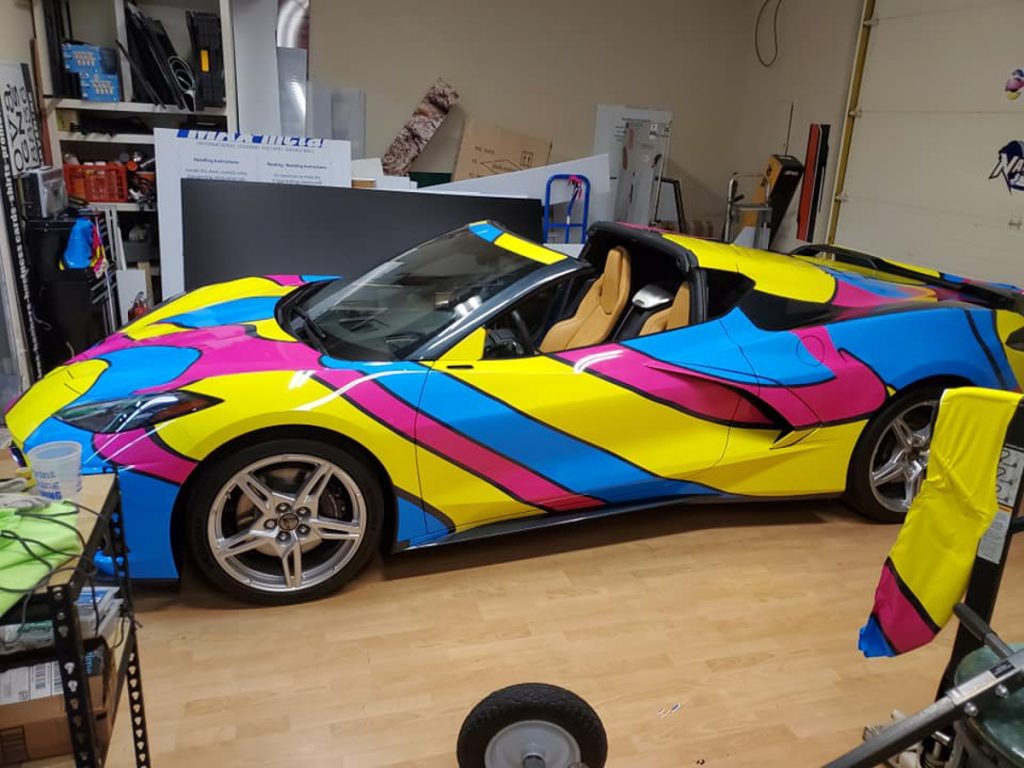 While we recognize this multi-color vinyl wrap will be detested by most people, we have to commend the execution here. It looks well-executed based on these Facebook photos and the attention to detail is impressive. The wrap even seamlessly covers the side rear intake vents and rear spoiler. We appreciate the extra detailing the side mirrors as well. 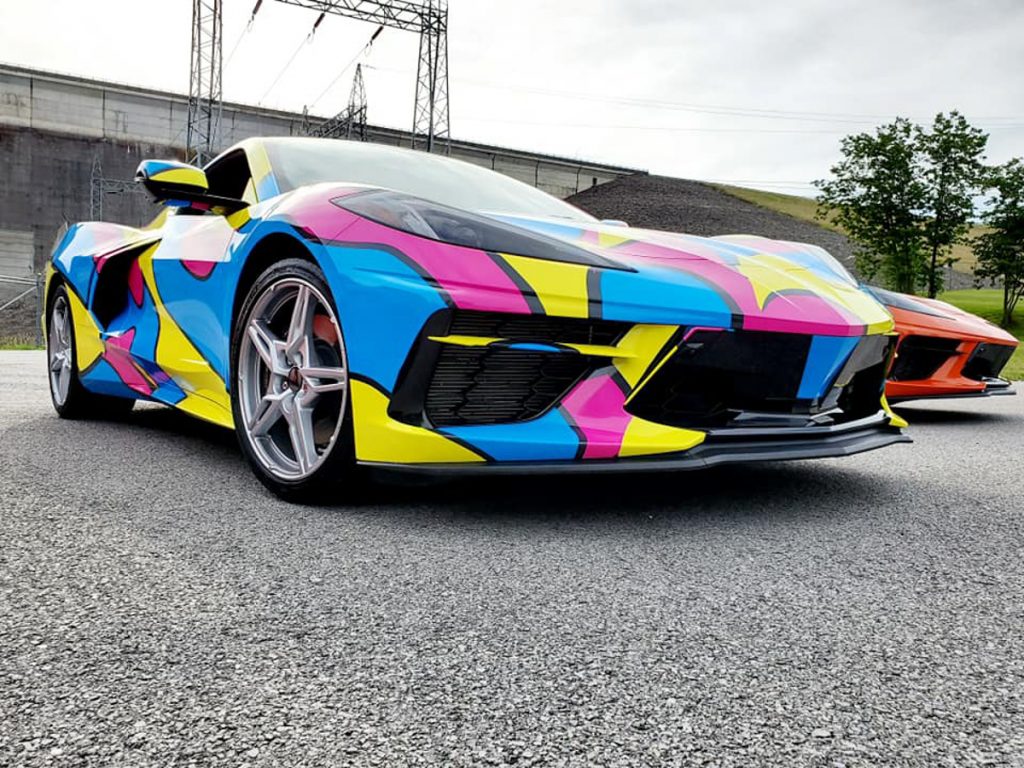 It’s much easier to get an idea of just how bright this wrap is when the car is parked next to Dyer’s other C8 Corvette – a Sebring Orange Tintcoat example. It’s worth pointing out that both of his cars appear to be equipped with the available Z51 performance package and five-spoke wheels, though one car has Bright Silver wheels and the other has Carbon Flash rollers. Dyer has so far had a total of three 2020 Corvettes, but sold one to a business partner of his. It’s possible to get your hands on the sold-out 2020 Corvette, it seems – as long as one knows where to look.