J.D. Power recently released its 2020 Brand Loyalty Study findings, ranking major automakers on customer loyalty via percentages calculated on whether an owner purchased the same brand after trading in an existing vehicle for a new vehicle. Of the 19 mass-market brands studied, Buick ranked 14th with 27.5 percent. 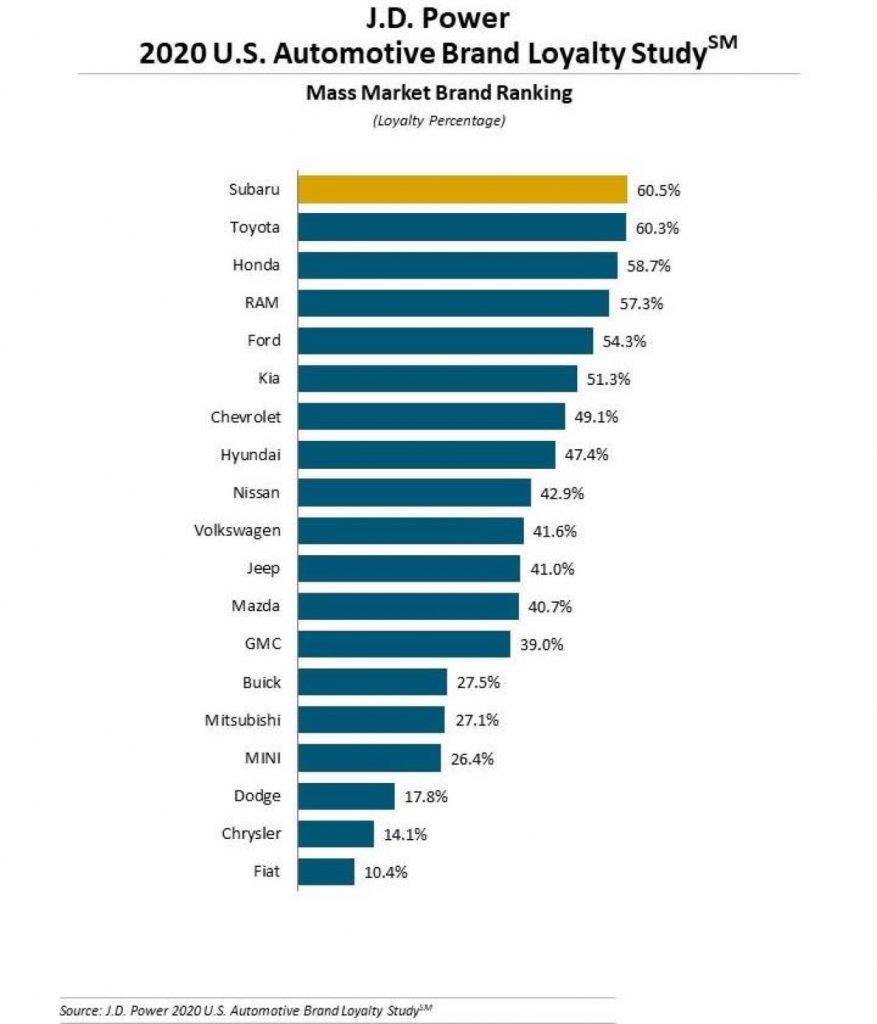 The study leveraged data collected via the Power Information Network, with percentages based on the number of vehicle owners who bought the same brand when trading in or purchasing a new vehicle. The calculations are based on transaction dates from June of 2019, through May of 2020, and include all model years traded in.

The J.D. Power Brand Loyalty study is now in its second year for 2020.

Among mass-market brands, Subaru ranked the highest with 60.5 percent, taking the top spot for the second year in a row and claiming the highest score of all brands studied in all segments. Toyota came in second with 60.3 percent, and Honda was third with 58.7 percent.

“There are many factors that contribute to brand loyalty, ranging from the experience a customer has when purchasing the vehicle to how driving it makes them feel,” said vice president of data & analytics at J.D. Power, Tyson Jominy. “Automakers are really focused on customer retention, as evidenced by the payment plans and incentives they’ve offered since the COVID-19 pandemic broke out. Many have gone above and beyond to offer customers financial assistance during a period of economy uncertainty, which does a lot to bolster consumer confidence in their chosen brand and repurchase it in the future.” 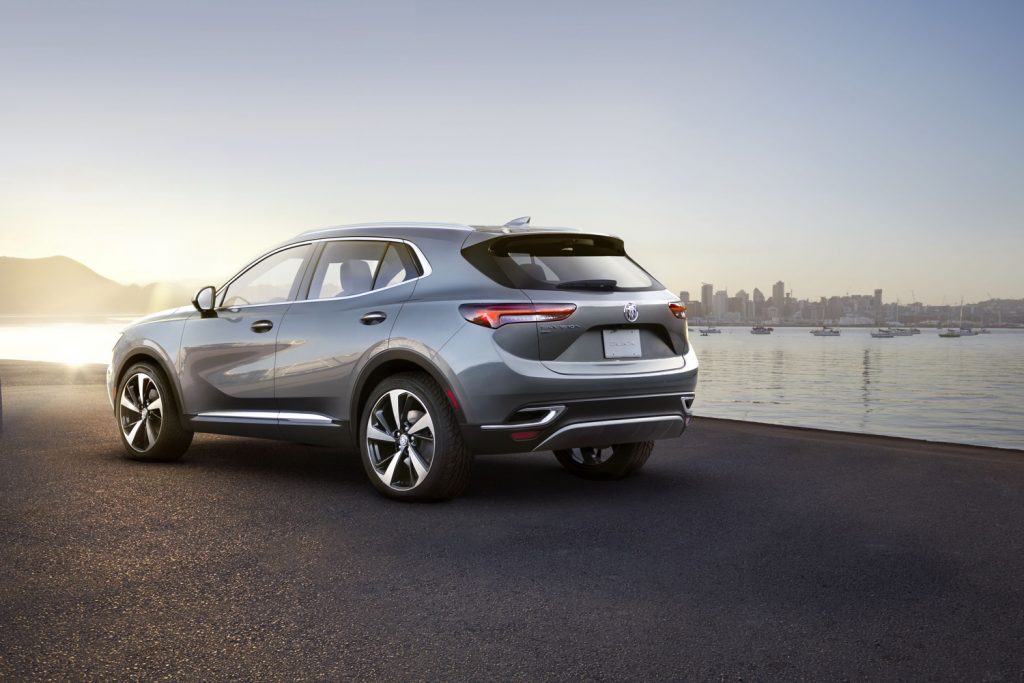 Over the last several months, General Motors has announced numerous measures to help those affected by the pandemic. For example, in April, GM announced it would provide month-to-month lease extensions. The automaker also announced special discounts for first responders and healthcare workers.